MBC’s “Extraordinary You” has unveiled images of Kim Hye Yoon and Lee Jae Wook stepping out on an adorable date!

In the newly-released images, Eun Dan Oh (played by Kim Hye Yoon) and Baek Kyung (played by Lee Jae Wook) make a lovely couple as they walk along railroad tracks holding hands and share food with each other. However, as Eun Dan Oh gazes at Baek Kyung happily, Baek Kyung looks back at her with a mysterious expression on his face, piquing curiosity as to how their relationship will develop. 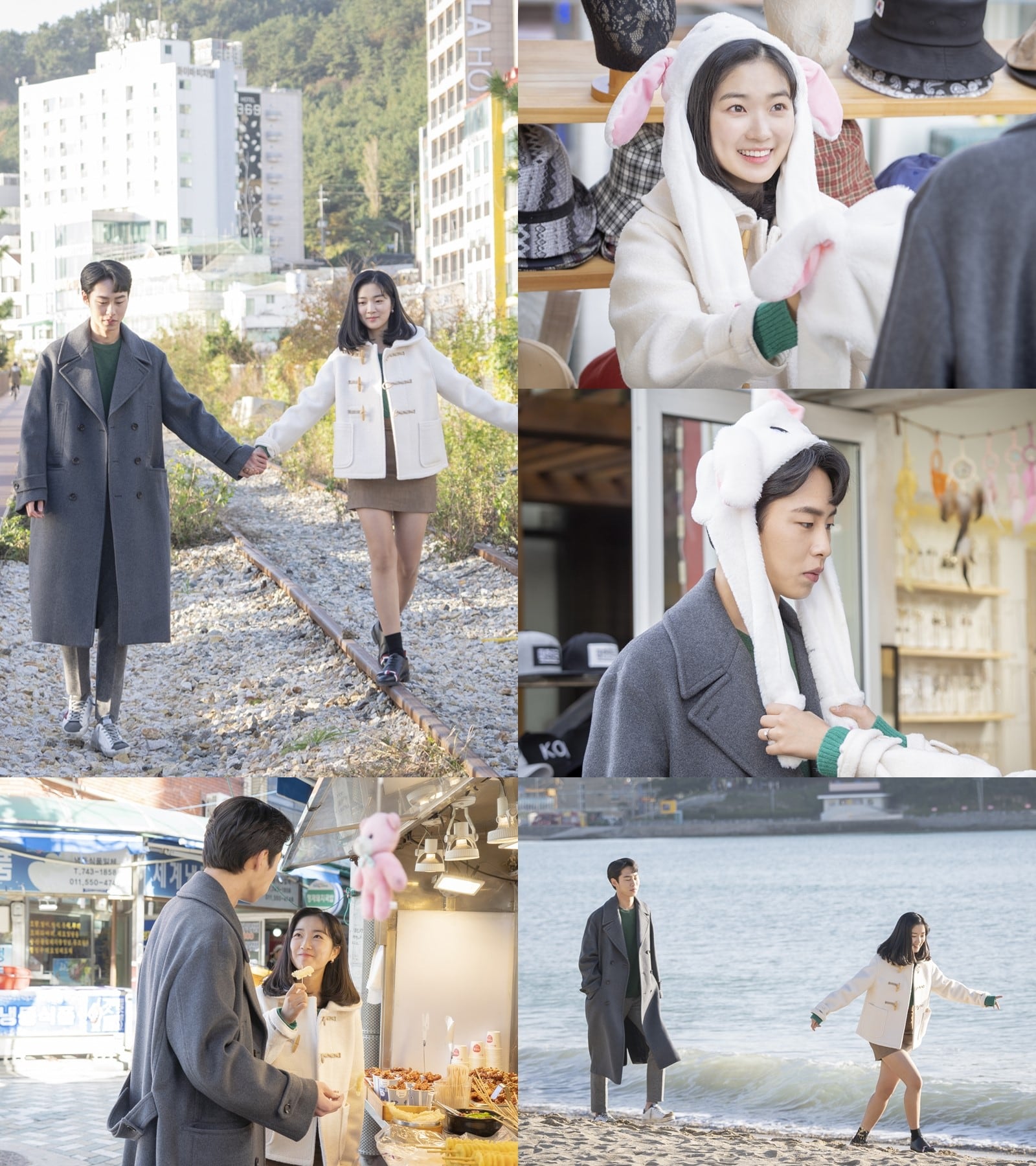 In last week’s episode, Baek Kyung discovered that characters who die in the Shadow of the manhwa (Korean comic) lose their self-awareness. After learning of this, he attempted to remove Eun Dan Oh’s oxygen mask while she laid unconscious at the hospital in order to return the story back to the way it was. However, he realized that he also killed Eun Dan Oh in a past manhwa, and he ultimately left her room in tears. The end of the episode shows Ha Roo (played by SF9‘s Rowoon) encountering Eun Dan Oh who has lost all her memories, confirming that she died in the Shadow.

In the meantime, catch up on the latest episode below!