On November 20, Channel A reported updates on a building owned by BIGBANG’s Daesung.

This is an update to Channel A’s July exclusive report on the operation of illegal adult entertainment businesses inside Daesung’s building. After this story was reported on, a police task force began investigations and taxation authorities ordered Daesung to pay an additional local tax of 1.2 billion won. Because the acquisition and property taxes that Daesung paid after purchasing the building were under the basis that these businesses were ordinary restaurants and not entertainment establishments, Daesung was ordered to pay additional tax payments.

Daesung previously released a statement saying he had no knowledge of these illegal businesses, and the taxation authority stated that the imposition of additional taxes is not related to this. All of the entertainment businesses have closed down and are under construction for remodeling, and the Seoul Regional Tax Office is conducting a separate investigation for suspicion of consumption tax evasion.

The police plans to summon Daesung, who was discharged from the military in October, to investigate if he aided and abetted while knowing about the illegal adult entertainment businesses. 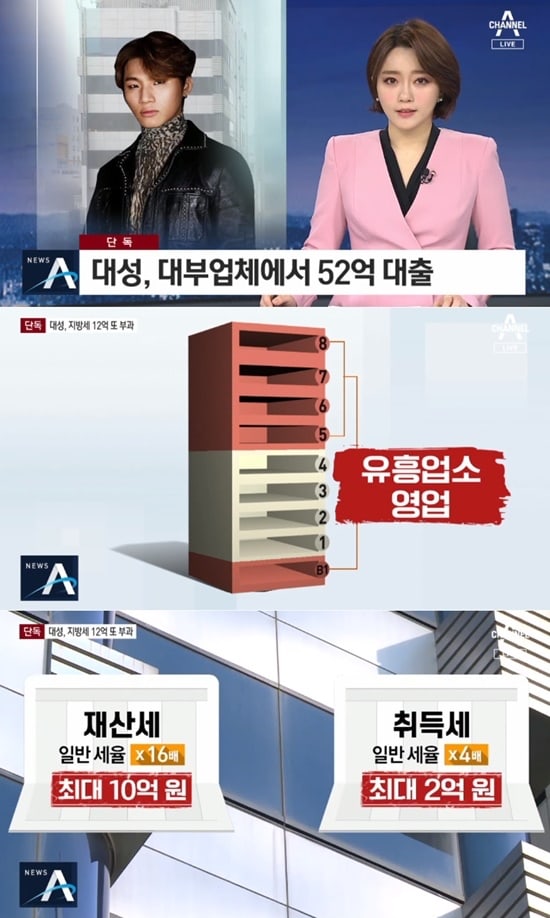