Lee Seung Gi is gearing up for an epic battle in “Vagabond.”

On November 20, SBS gave viewers a peek at the upcoming episode. In the stills, Cha Dal Gun (played by Lee Seung Gi) is wearing a military uniform and stands in front of the mirror. He also appears shirtless as he checks his rifle and practices his aim.

Dressed in a different military uniform, Cha Dal Gun looks at his reflection with a fierce look in his eyes before putting camouflage cream on his face. This makes viewers wonder what angered this stuntman to the point that his rage boiled over.

Last week, Cha Dal Gun went to a furniture gallery after a late-night phone call from Oh Sang Mi (played by Kang Kyung Hun) where he was finally able to encounter Gerome (played by Yoo Tae Oh). He shouted, “You bastard!” and approached him with anger in his eyes before the episode came to an end. 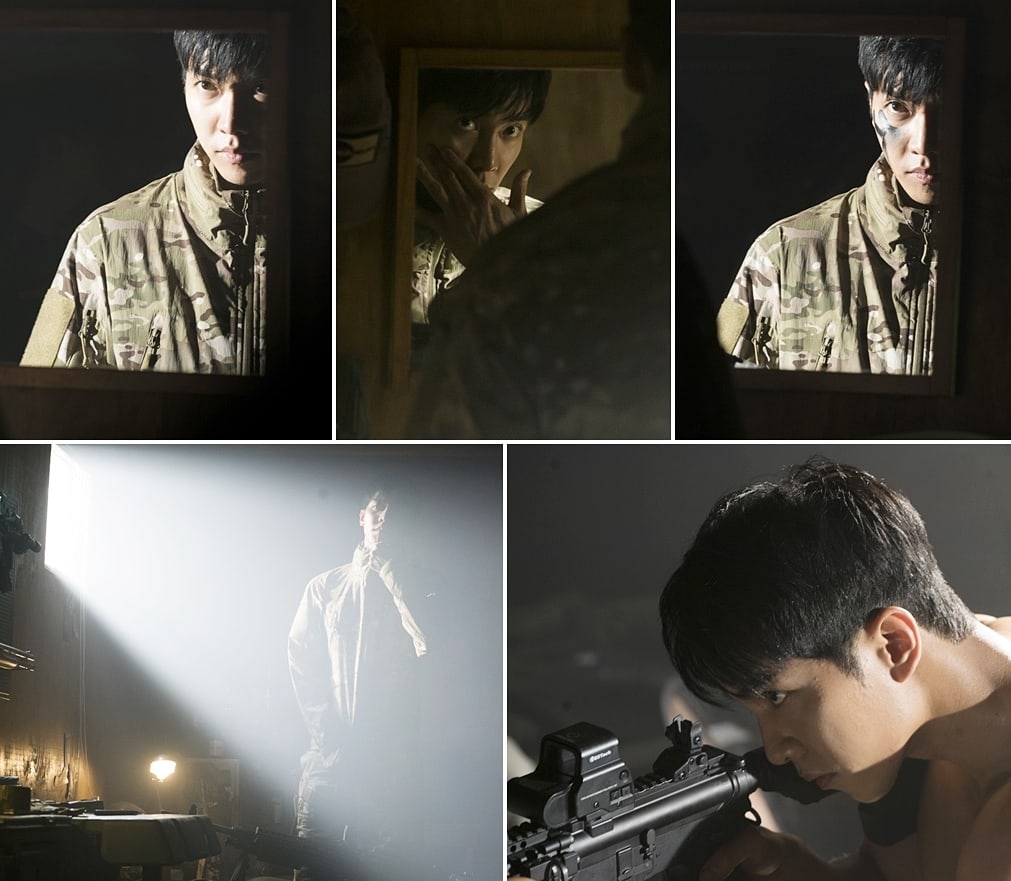 A source from Celltrion Entertainment said, “Lee Seung Gi is amazing the staff with his effort and passion about becoming Cha Dal Gun. Please look forward to Lee Seung Gi’s passionate performance until the end.”