After BTS was left out of the 2020 Grammy Awards nominations that were announced on November 20, their fans ARMY have shown their love and support for the group.

Only hours after the nominations were announced, fans sent BTS’s entire Korean discography back on to the Top 1000 of the iTunes Top Albums chart in the United States.

In addition, ARMY is celebrating the group’s achievements and sharing why they love the group through the hashtag #ThisIsBTS on Twitter, which is trending worldwide at No. 3. 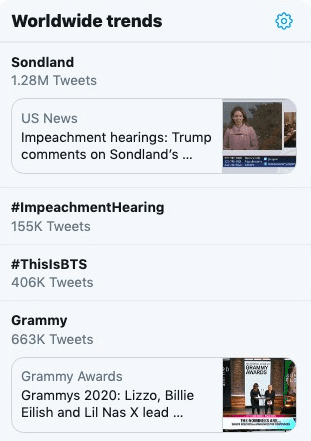 Record breakers. Game changers. Innovators. Creators. ARTISTS. They’re a musical force to be reckoned with. They’ve only just begun, and I can’t wait to see the change they bring & all they achieve. #ThisIsBTS @BTS_twt #BTS pic.twitter.com/TS3YVfmuxc

WHO SOLD OUT STADIUM

ONLY GROUP WHO TAUGHT US TO LOVE OURSELVES

In my eyes you deserve the world @BTS_twt

This… You are more than just impressive ✨

You guys won in life. You are always in the first place for us, you are always winners for us. Whatever happens, we will continue to love and support you even more. You guys are the best for us in everything. #ThisIsBTS @BTS_twt pic.twitter.com/PQyZhcFfeZ

The 2020 Grammy Awards will be held on January 26, and it has not yet been announced if BTS will be attending. The group attended the show in 2019 and became the first Korean artist to take to the stage when they presented the award for Best R&B Album.