In the midst of their ongoing legal battle with TRCNG’s Wooyeop and Taeseon on charges of abuse and violence, TS Entertainment has released a message that they state is from the parents of the remaining eight members of the group.

The handwritten message was shared by TS Entertainment on November 21 with the caption “Official statement from TRCNG parents” and reads as follows:

Hello, we are the parents of TRCNG. Firstly, we wish to apologize to the fans who love TRCNG and express our gratitude for your constant support.

We, the parents of the eight members, have stayed in continued communication with the agency, and we have come to the agreement to trust and rely on each other in relation to the members’ activities, and work hard for TRCNG’s successful activities. Also, we plan to take active legal action against untrue information and false claims that have been previously made. It is unfortunate that rumors that are different from the truth are being spoken about.

We will work even harder with the agency for TRCNG’s successful activities. Please give your continued support. 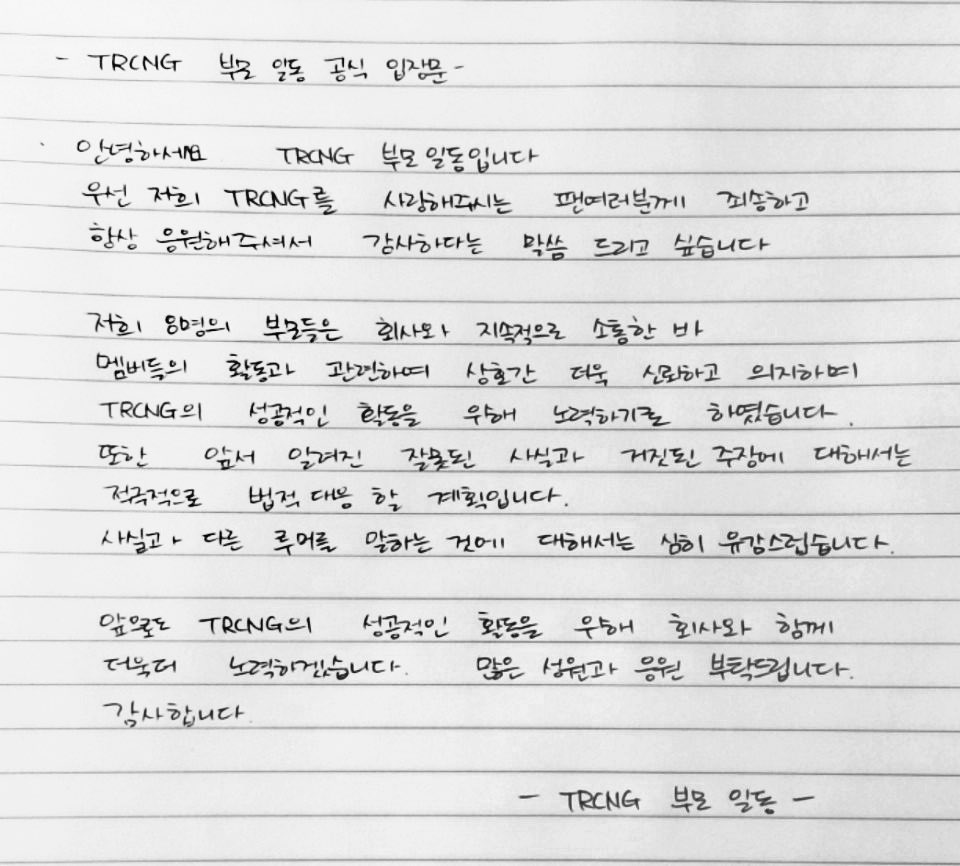 Wooyeop and Taeseon have currently filed for the termination of their exclusive contracts on the basis of claims that include child abuse, violence, and lack of management. TS Entertainment has denied the claims, with the agency going on claim that TRCNG’s comeback had been delayed due to Wooyeop dating a staff member.

TS Entertainment
TRCNG
How does this article make you feel?