“Chocolate” is a love story about Lee Kang, a cold and emotionally closed-off neurosurgeon (played by Yoon Kye Sang), and Moon Cha Young, a warm and compassionate chef (played by Ha Ji Won). After reuniting at a hospice, the two slowly begin to heal each other’s wounds through food.

On November 21, the drama dropped two new posters. In one poster, Yoon Kye Sang and Ha Ji Won are enclosed in a small space with their eyes fixed on each other. 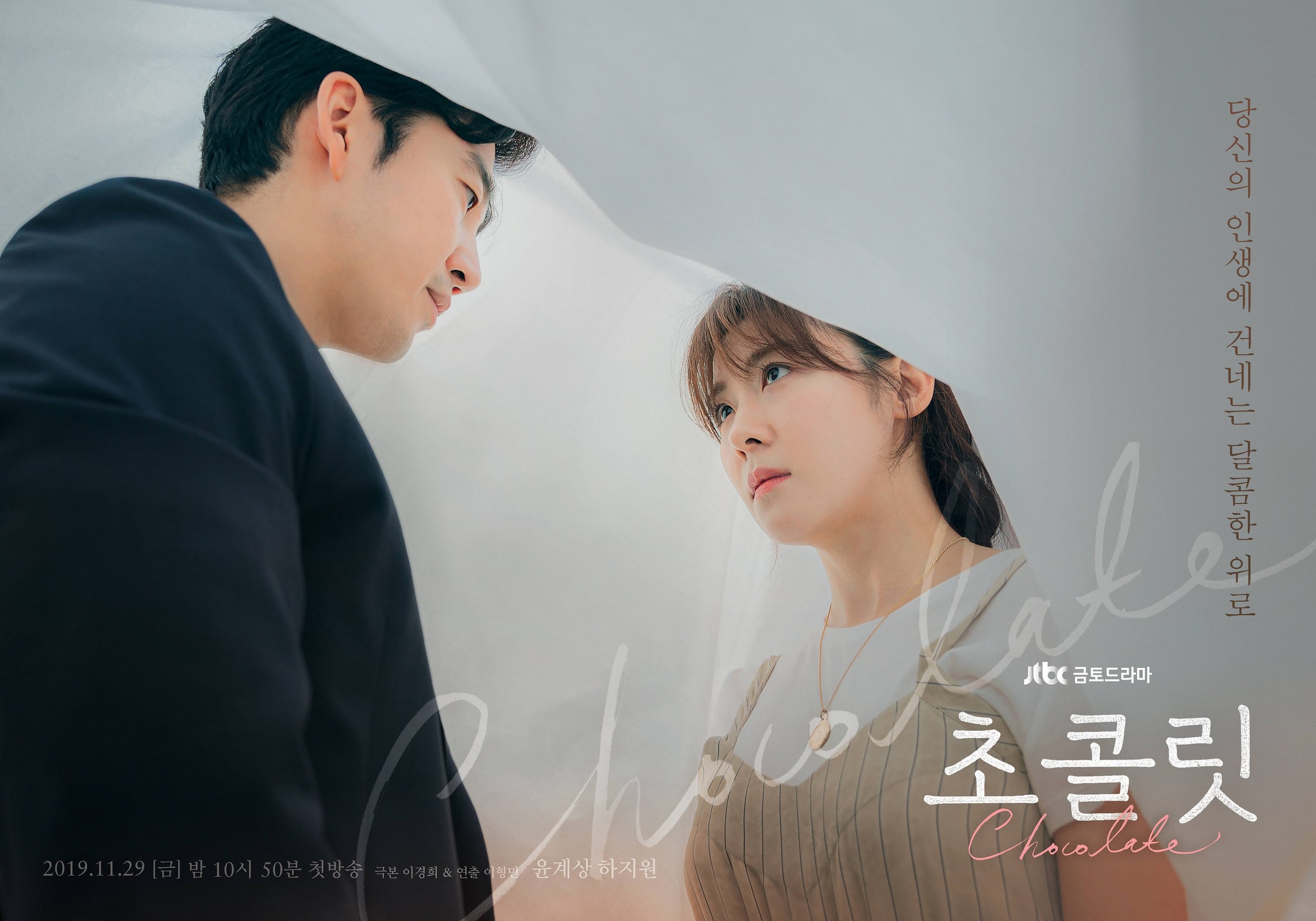 In another poster, Yoon Kye Sang and Ha Ji Won are standing on the beach. He looks lost in thought with his back turned towards her, and she gazes at him with wistful eyes. The tender pensiveness adds curiosity to the romance the two will portray. 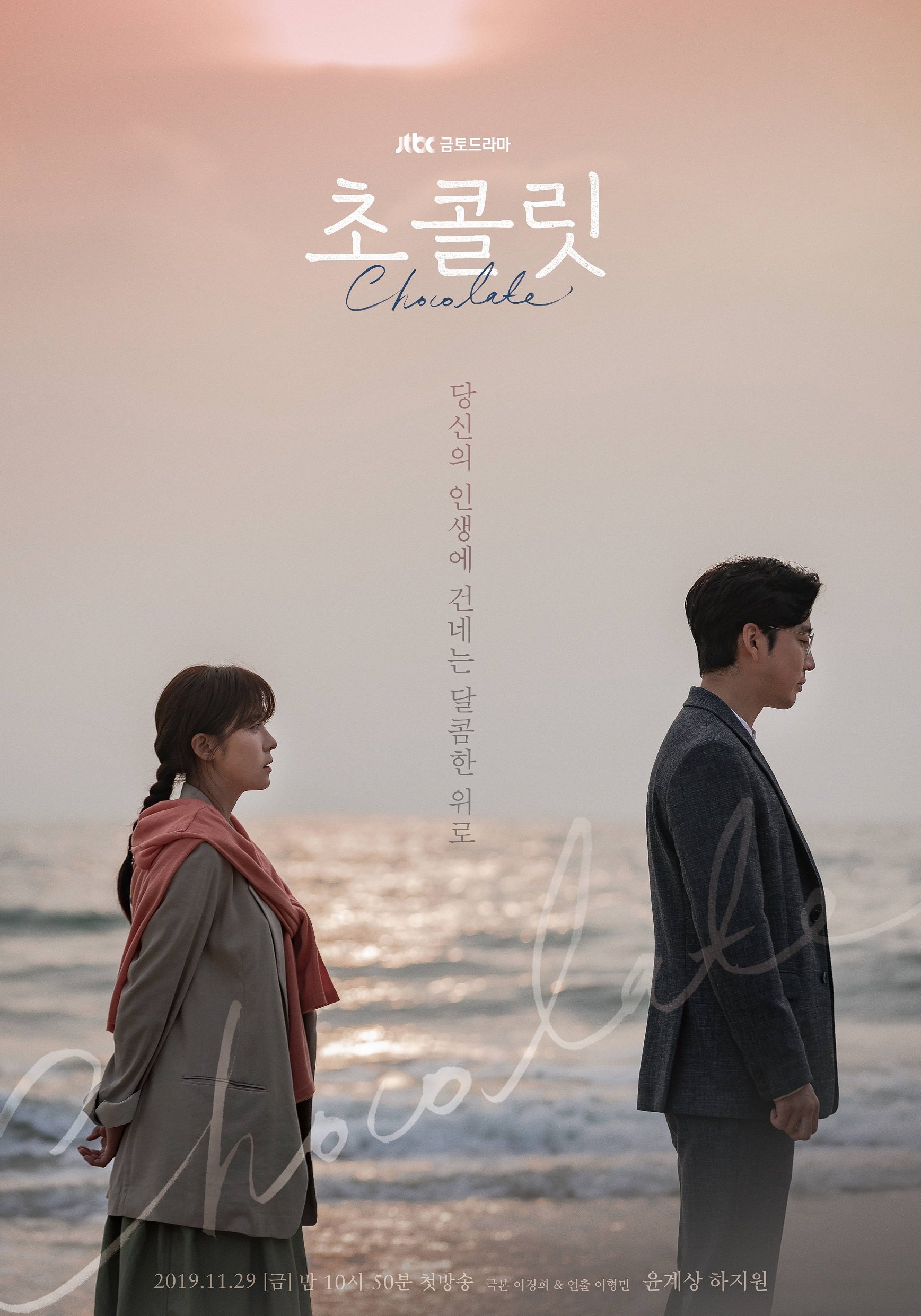 The two talented actors will turn the most ordinary moments into affectionate and sweet situations. They are preparing to impress with brilliant chemistry and their performance as two characters with emotional scars.

The production team stated, “The teamwork of Yoon Kye Sang and Ha Ji Won, who build up their emotional lines in detail, does not need to be explained. The meeting between the two actors, who give off more chemistry than expected just by being together, will provide viewers with a deeply emotional drama.”