“Psychopath Diary” is about Yook Dong Shik (Yoon Shi Yoon), a pushover who loses his memory in an accident while fleeing the scene of a murder he witnesses. He accidentally gets his hands on a diary with a detailed record of the murders and mistakenly believes he is the psychopathic serial killer.

In the first episode of “Psychopath Diary,” pushover Yook Dong Shik accidentally acquired a psychopathic serial killer’s diary and became confused about his identity. In particular, he started a counterattack against his autocratic team leader Gong Chan Seok (Choi Dae Chul) and raised questions about the story’s future development.

On November 21, the drama dropped stills of a tense confrontation between Yook Dong Shik and a gang. In one photo, Yook Dong Shik stands still with a grim look on his face as a man raises his hand and threatens him. On the other hand, Yook Jong Chul (Lee Han Wi) releases an angry cry as he is dragged away by another gangster.

In the third photo, Yook Dong Shik glares fiercely at someone with a bleeding nose. It seems like something within him has snapped, and his intense glare foreshadows a wild confrontation. Despite putting up a brave front, he is nothing but a pushover who is under the illusion that is a psychopath serial killer. Viewers are curious about the upcoming turn of events as he steps up to his illusion and acts as a tough man with a murder record. 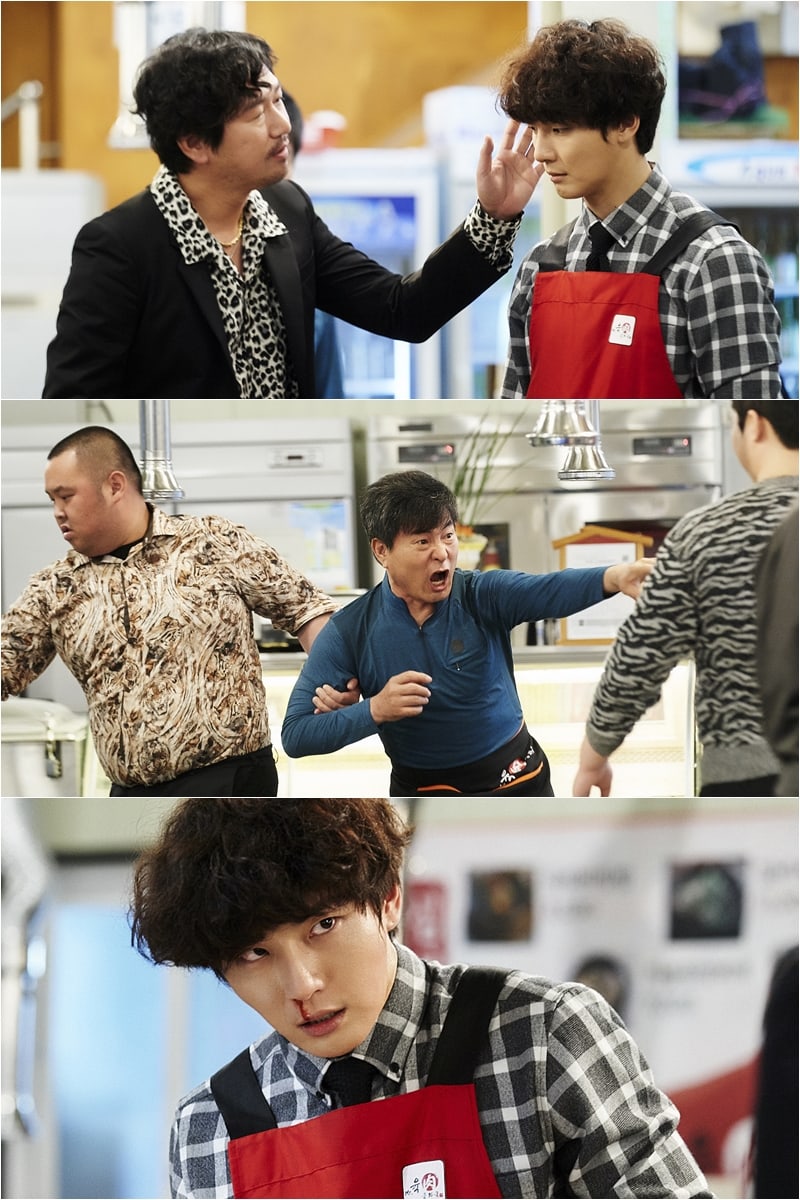 The production crew said, “In the first episode, Yoon Shi Yoon came under the illusion that he is a serial killer, and we are thankful for the positive reception from viewers. His imprudent actions will begin in the second episode. Please look forward to it.”

Start watching “Psychopath Diary” on Viki if you haven’t already: