The November 21 broadcast of MBC’s “Section TV” covered the vote manipulation case involving Mnet’s “Produce” audition series and revealed interviews with former “Produce 101 Season 2” trainees Jung Dong Soo and Kim Nam Hyung as well as lawyer Kim Tae Hwan, who is representing the 270 viewers who have filed a lawsuit against the production of “Produce X 101.”

Lawyer Kim Tae Hwan said, “In the case of ‘Produce’ season four, [the group of plaintiffs] came together two days after the end of the season, on July 21, when the controversy had already arisen regarding voting manipulation. We filed lawsuits for fraud and obstruction of business. The viewers were victims of fraud, and the complaint of obstruction of business is against the producers, broadcasting company, and trainees’ agencies.”

He continued, “The core of what we want to reveal is which idols were actually chosen by the nation’s producers. Our goal is to obtain the original data. The plaintiffs are devastated, and they hope that something like this never happens again. They want CJ ENM to take full responsibility for this incident and to apologize to everyone.” 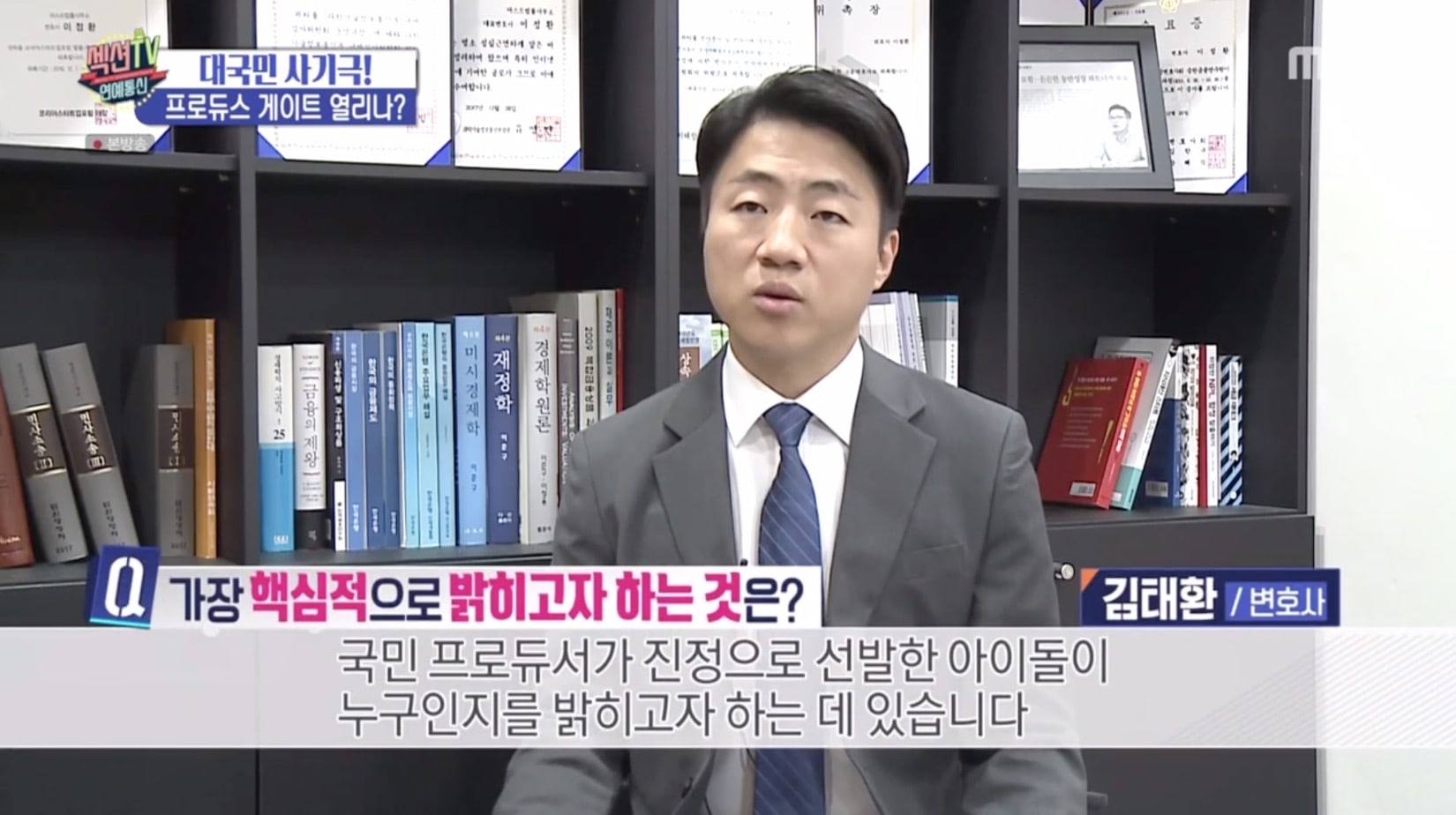 Jung Dong Soo said, “I’m so sad. I had been so proud of the program. I always said I had been a trainee on ‘Produce,’ but it feels tainted now, which makes me sad.”

Kim Nam Hyung said, “People asked me this the most. If I knew that there had been manipulation, and then they would look at me with pity. Having people look at me that way was honestly uncomfortable.”

Jung Dong Soo, who previously spoke out about the matter on his Instagram, said, “I remembered when I was on the show. My family and friends would have put their egos aside to ask everyone to vote for me. I was eliminated as No. 36, missing the cutoff by one place, and my run on the show ended in tears. My family cried, too, and it was really upsetting. I posted a simple message, but it’s become much bigger than I expected.”

Kim Nam Hyung said that they weren’t that surprised to see the news of voter manipulation. “Most of the trainees probably felt that something was off.”

Jung Dong Soo also talked about how the show was edited. He said, “This really happened, but two trainees helped another with a dance. But [during the broadcast] there was only footage of one trainee helping. It seemed as if the other had done nothing. People watching the show developed a good opinion of one trainee, and the other didn’t get any attention at all. We noticed this happening a lot.”

“Whether or not they went on to debut, all of the trainees are victims,” said Kim Nam Hyung. “The viewers are victims, too. I hope everything can be resolved.” 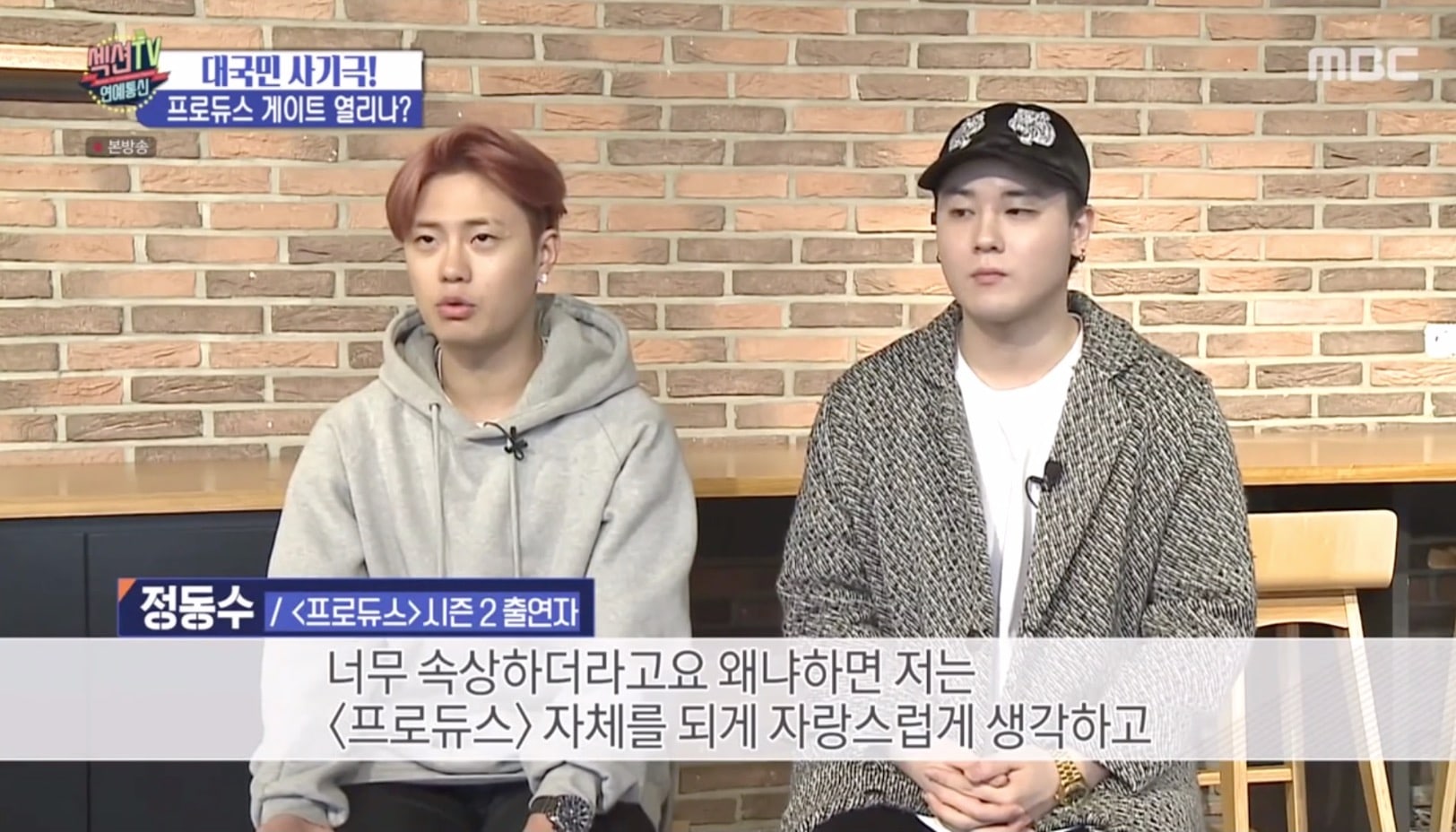