With only two episodes left, the SBS drama is providing surprising twists as characters’ relationships are turned completely upside down.

In stills for episode 15, Lee Seung Gi’s character Cha Dal Gun and Baek Yoon Shik’s character Jung Kook Pyo come face to face in intense clashes. Cha Dal Gun is seen restrained by bodyguards on the road as others point guns at him. While it seems like he’s being made to kneel, he continues to protest as he yells about something. Meanwhile, Jung Kook Pyo is looking out the window of a car with a cold expression as he watches Cha Dal Gun struggle and shout.

In another photo, he two characters have moved locations to a forest on a mountain. Cha Dal Gun still appears furious while he seems to be explaining something, and Jung Kook Pyo looks back at him with a dark expression on his face. 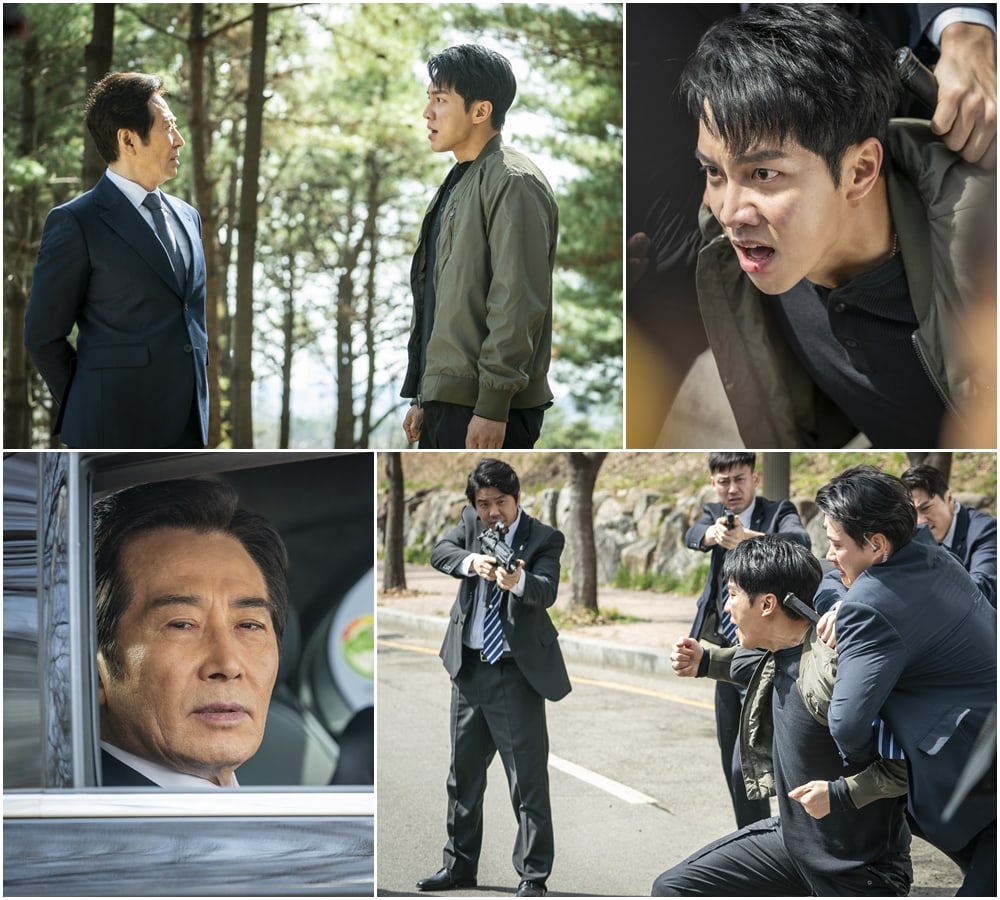 In the previous episode, Hong Soon Jo (played by Moon Sung Geun) gathered together the families of the deceased from the B357 crash and the media and told them that Jessica Lee (Moon Jung Hee) and Jung Kook Pyo had conspired together for the FX bid, a surprising twist in which he betrayed Jung Kook Pyo. However, Cha Dal Gun told Go Hae Ri (Suzy) that he thought Hong Soon Jo was putting on a show.

This has led to curiosity over why Cha Dal Gun and Jung Kook Pyo end up facing off and whether these former enemies will form an alliance as they fight against Hong Soon Jo’s ambition.

A source from the production team said, “You’ll feel the overwhelming aura from this combination of the passionate Lee Seung Gi and veteran Baek Yoon Shik.” They went on to say, “Viewers are waiting to find out what these two characters said to each other in their tense conversation, so please look forward to it.”