Kang Daniel Talks About Preparations For His Comeback, Support From Fans, And Change In His Cats’ Behavior

On the November 22 episode of KBS 2TV’s “Entertainment Weekly,” the singer participated in a fun interview. The entertainment news show recently announced that it would be ending its run, and Kang Daniel became the final star of its “Guerilla Date” series.

Walking on the streets of Hongdae, Kang Daniel said, “It’s an honor.” About his upcoming single, he added, “I felt really nervous since I have to show a good, new appearance.”

After revealing that he gets an average of three to four hours of sleep a day, he spoke excitedly about his comeback. “I feel thankful,” said the idol. “It’s been so long and I feel like I’m alive.” 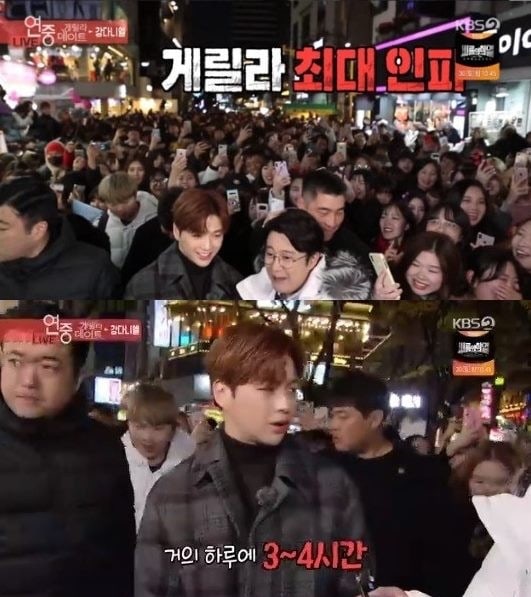 The singer also spoke about his hiatus and what he did during his break. He stated, “The biggest thing was a prepared mindset. Since it’s a one-man agency, I prepared a lot with the employees who are on the same path as me. We came up with various ideas.”

Kang Daniel continued, “The fact that fans are cheering on a person named Kang Daniel who started with nothing from Busan…They tell me, ‘I’m cheering on your life.’ I feel relieved that I was able to come back proudly and confidently.”

The singer is well known for his love for cats, and the interviewer asked about his lovable pets. “I’m raising four cats,” said Kang Daniel. “When I used to work a part-time job and dance, there was a time when I ate a bowl of rice soup that cost 3,500 won (approximately $3) and bought my cats food that cost 12,000 won (approximately $10).”

He humorously added, “I think they’ve realized that the house got bigger. Their poses became arrogant.” 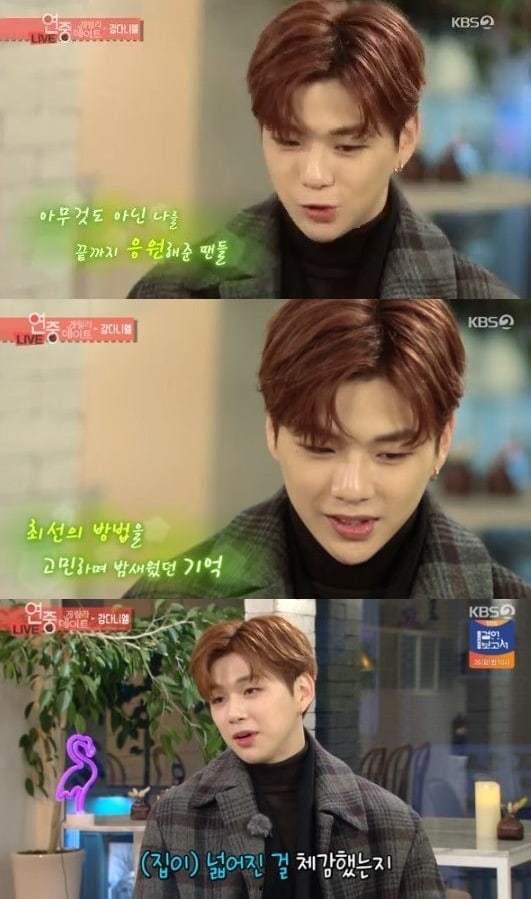 Check out the teasers for Kang Daniel’s comeback with “Touchin'” here!

Entertainment Weekly
Kang Daniel
How does this article make you feel?