tvN’s “Catch the Ghost” tells the story of a subway police squad who try to to hunt down an infamous serial killer known as “The Ghost.” Moon Geun Young plays Yoo Ryung, a passionate rookie officer whose personality differs greatly from that of Kim Seon Ho’s character Go Ji Seok, her poised boss who does everything by the book.

In episode 10, the dynamic duo previewed their upcoming romance as Kim Seon Ho learned more about Moon Geun Young’s painful family history and received a funny drunk voicemail from her. Now that we are moving closer towards the end of the series, here are three key points that are making viewers fall for the charms of “Catch the Ghost”!

1. The chemistry between Moon Geun Young and Kim Seon Ho, also known as the “Go-Yoo couple”!

The great chemistry between Yoo Ryung and Go Ji Seok is a key selling point of “Catch the Ghost.” Starting from their first meeting, the two polar opposites began their fiery relationship and earned themselves the nickname “Tom and Jerry.” As the two begin to investigate various cases on the subway such as digital sex crimes, loan sharks, sexual assault and harassment, and pick-pocketing, the two developed a closer relationship, leading viewers to cheer on their upcoming romance. 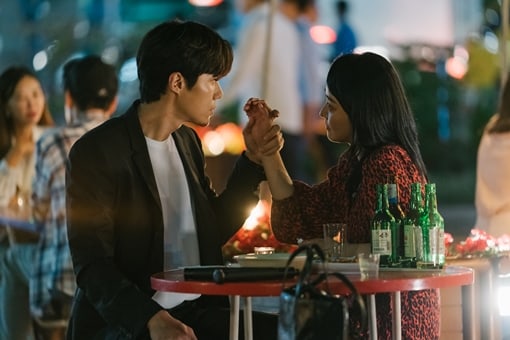 Viewers have consistently been drawn to the unexpected situations teased in every preview for “Catch the Ghost.” They feature “Go-Yoo couple” content that gives viewers no choice but to tune into the next episode. Examples include the preview for episode 9, where Go Ji Seok appears like a knight in shining armor, announcing, “I’m here now,” when Yoo Ryung is struggling to find a bag in a landfill. Additionally, in the episode 10 preview, Go Ji Seok comes to learn Yoo Ryung’s painful family history that gave her no choice but to join the police force. 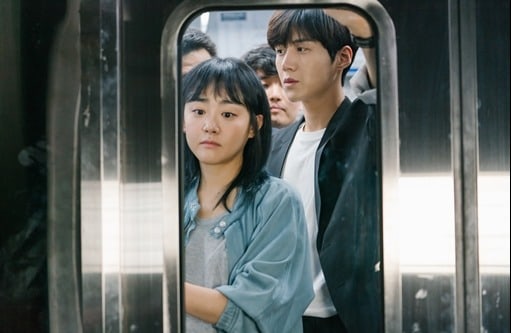 The preview for episode 11 especially made viewers’ hearts skip a beat by presenting a surprising twist. Ever since she left her drunk voicemail to Go Ji Seok, Yoo Ryung had not let her feelings show, but she surprisingly gains the courage to ask him, “Would you like to come eat ramyun?” On top of that, Go Ji Seok proudly announces, “From today on, I will protect the newbie,” sweetly transforming into Yoo Ryung’s shoulder to lean on.

The “Catch the Ghost” OST only adds to viewers’ experience of the “Go-Yoo couple” romance. The tracks released so far have been mystical yet powerful and contain sweet vocals. Some tracks are The Rose member Woosung’s “Feel My Heart,” ABRY’s “Wanted,” and HOTSHOT member Roh Tae Hyun’s “Highlight,” to name a few. 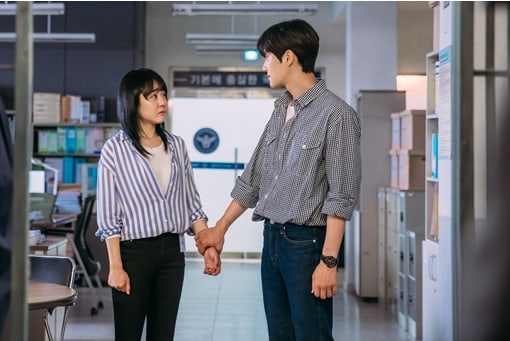 The songs’ lyrics appear to fit perfectly with certain scenes, such as ABRY’s “Wanted,” which goes, “Your heart’s destination is me,” as the two adorably dance in the beginning of episode 6. In episode 9, the pair appears to be on a date as they take the subway, with the lyrics, “What do you think of me? Don’t you already know how I feel? If you come one step closer, among all these flowers I want to hide right beside you,” playing romantically in the background.