On the latest episode of “Yoo Hee Yeol’s Sketchbook,” MAMAMOO’s Solar talked about why she decided to tear her shirt off for her cover of BTS’s “Fire.”

All four members of MAMAMOO appeared as guests on the November 22 episode of the KBS 2TV music talk show, where they chatted about their new studio album “reality in BLACK” and its accompanying title track “HIP.”

At one point during the show, host Yoo Hee Yeol asked the members about their solo stages at their “4Seasons F/W” concert earlier this year. For her performance, Solar covered BTS’s “Fire” before memorably ripping her shirt open at the end of the song.

Explaining the thought process behind her decision, Solar remarked, “Many male idols rip open their clothing while performing. Seeing that made me wonder, ‘Why don’t female idols do that?’ I want to do that too.”

She then surprised Yoo Hee Yeol by recalling, “So while performing BTS’s ‘Fire,’ I ended the song by tearing my shirt to shreds.” 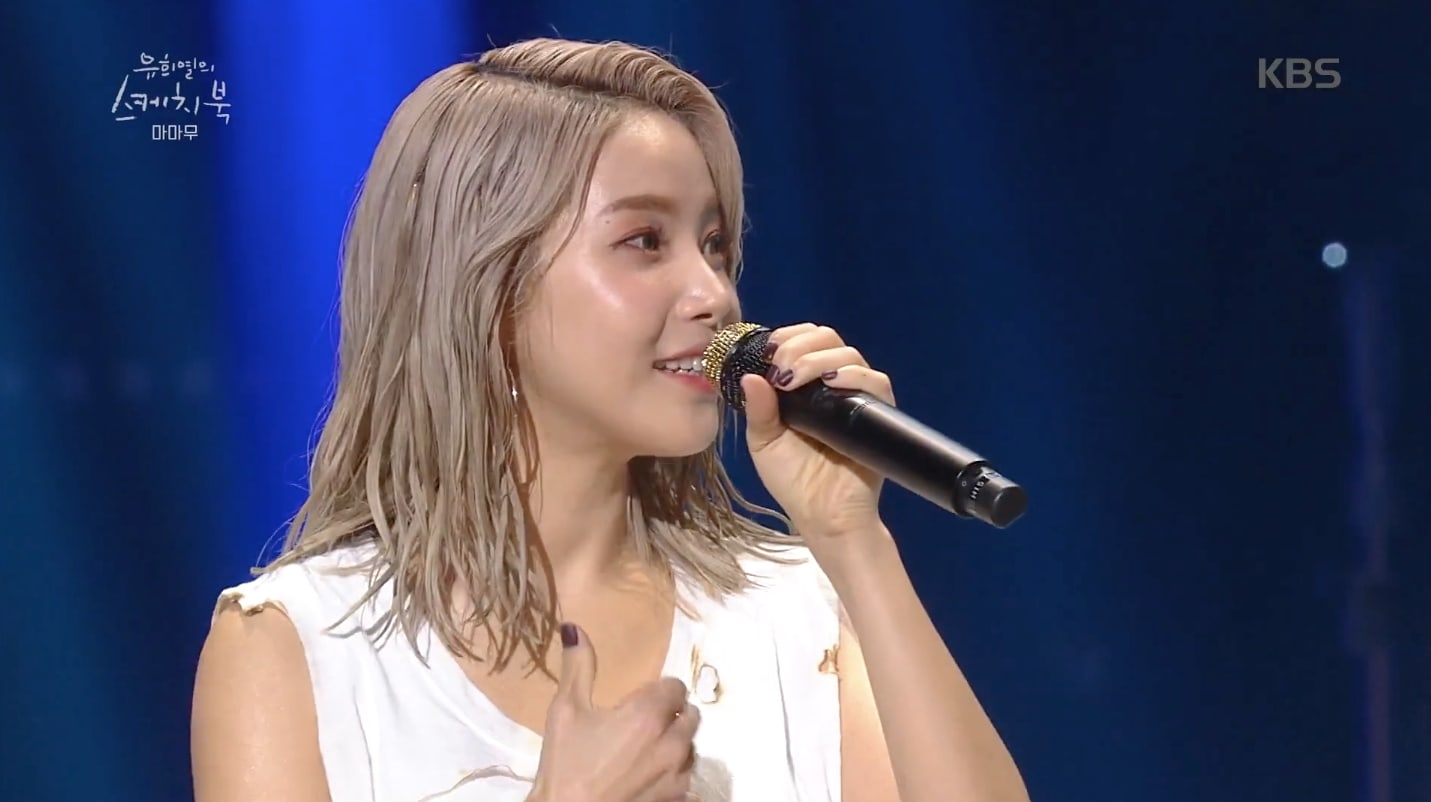 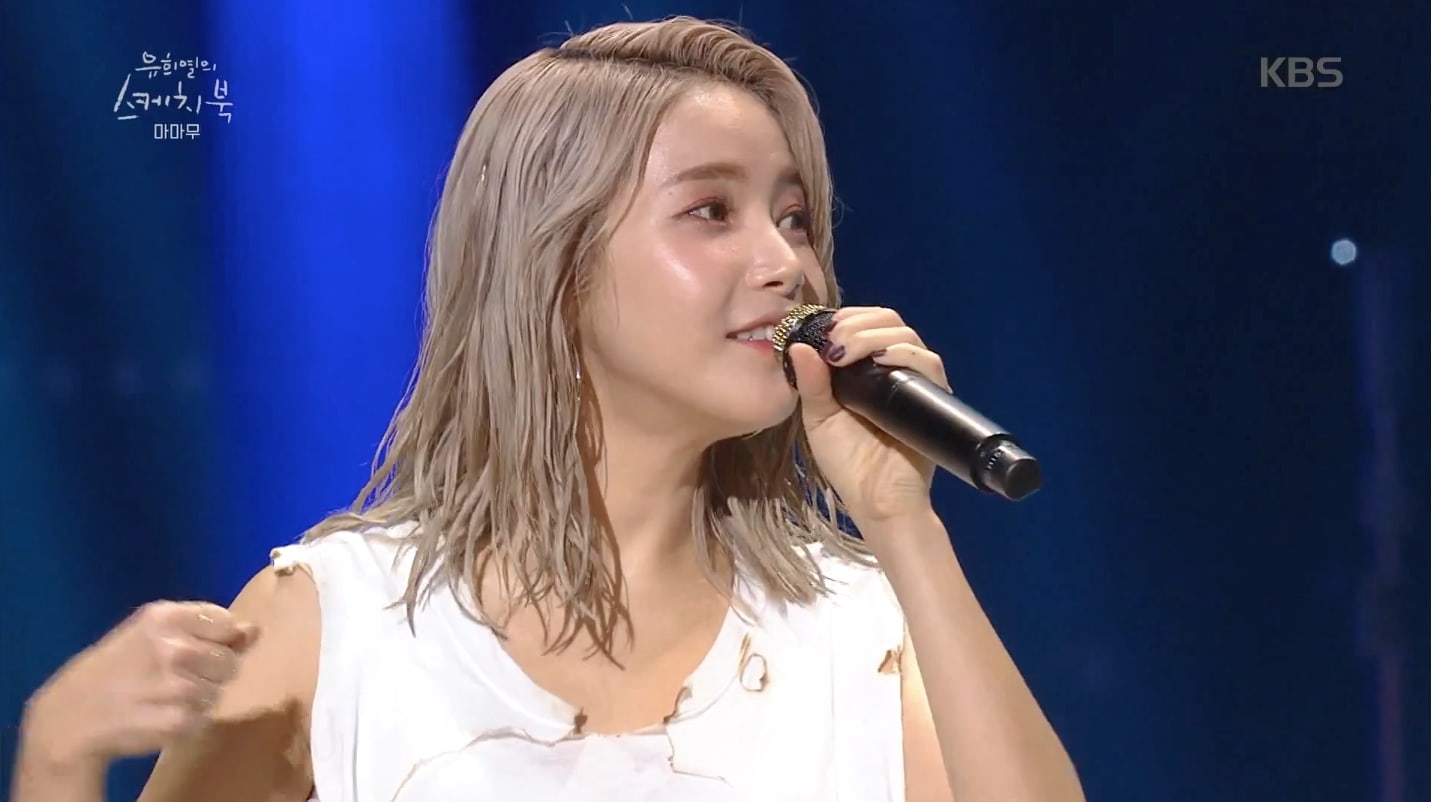 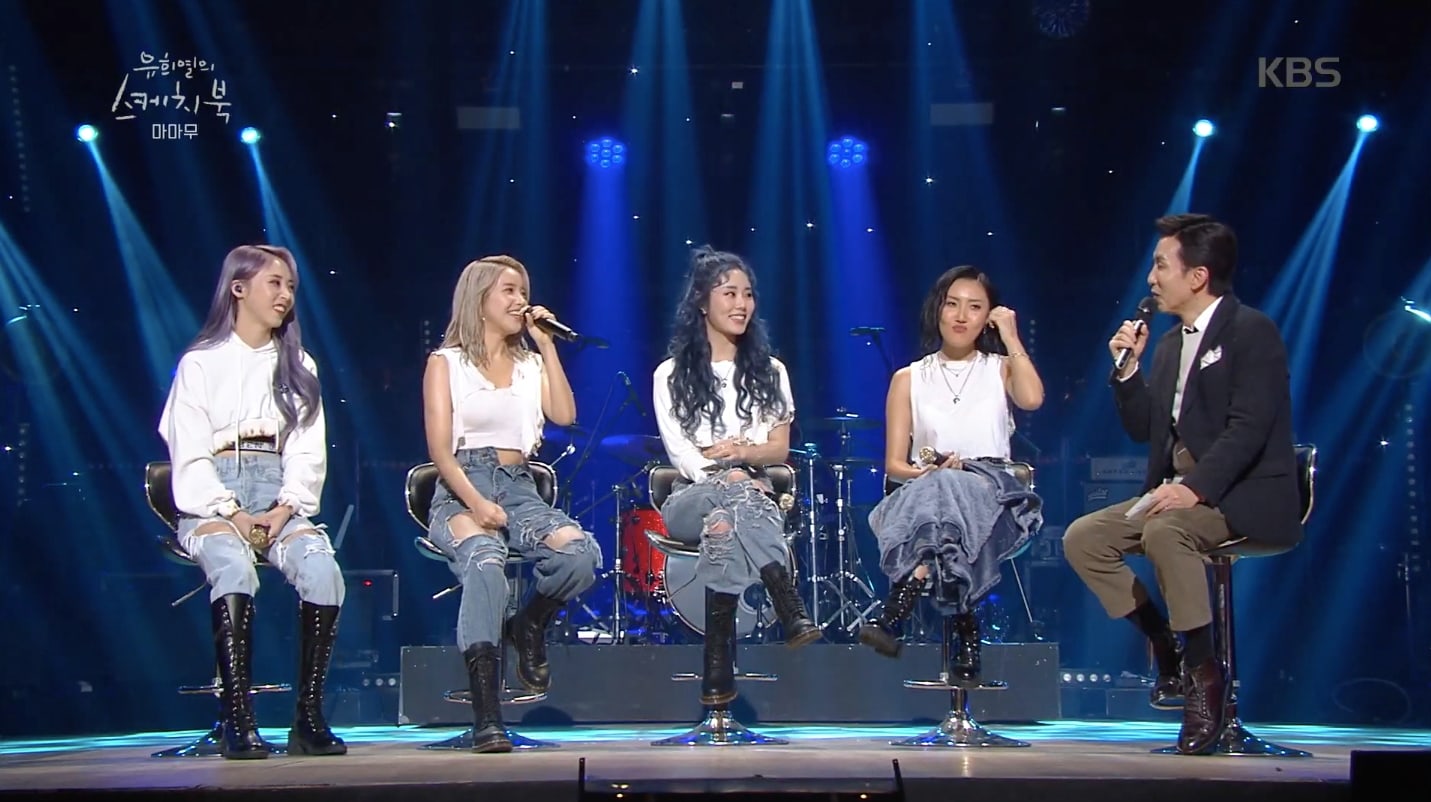 MAMAMOO
Solar
Yoo Hee Yeol's Sketchbook
How does this article make you feel?