On the latest episode of “Ask Us Anything,” AOA’s Chanmi explained why she needs three identical versions of all her favorite outfits!

The five members of AOA appeared as guests on the November 23 broadcast of the JTBC variety show, where they played various games with the cast members and performed their new title track “Come See Me” for the very first time.

During the guessing game segment of the show, Chanmi told the cast, “If you look in my closet, I always have two or three versions of the same clothes. Why do you think that is?”

Kim Young Chul guessed that Chanmi bought multiple pieces of the same clothing to give to her older sisters, but the idol clarified, “They all belong to me.”

Seo Jang Hoon then guessed that Chanmi bought the extra clothes because she often spilled food on herself and ended up needing to replace her outfits. Chanmi replied with a smile, “I do spill [food] on myself a lot, but that’s not it. I [buy the extras] because it’s an unavoidable necessity for me.” 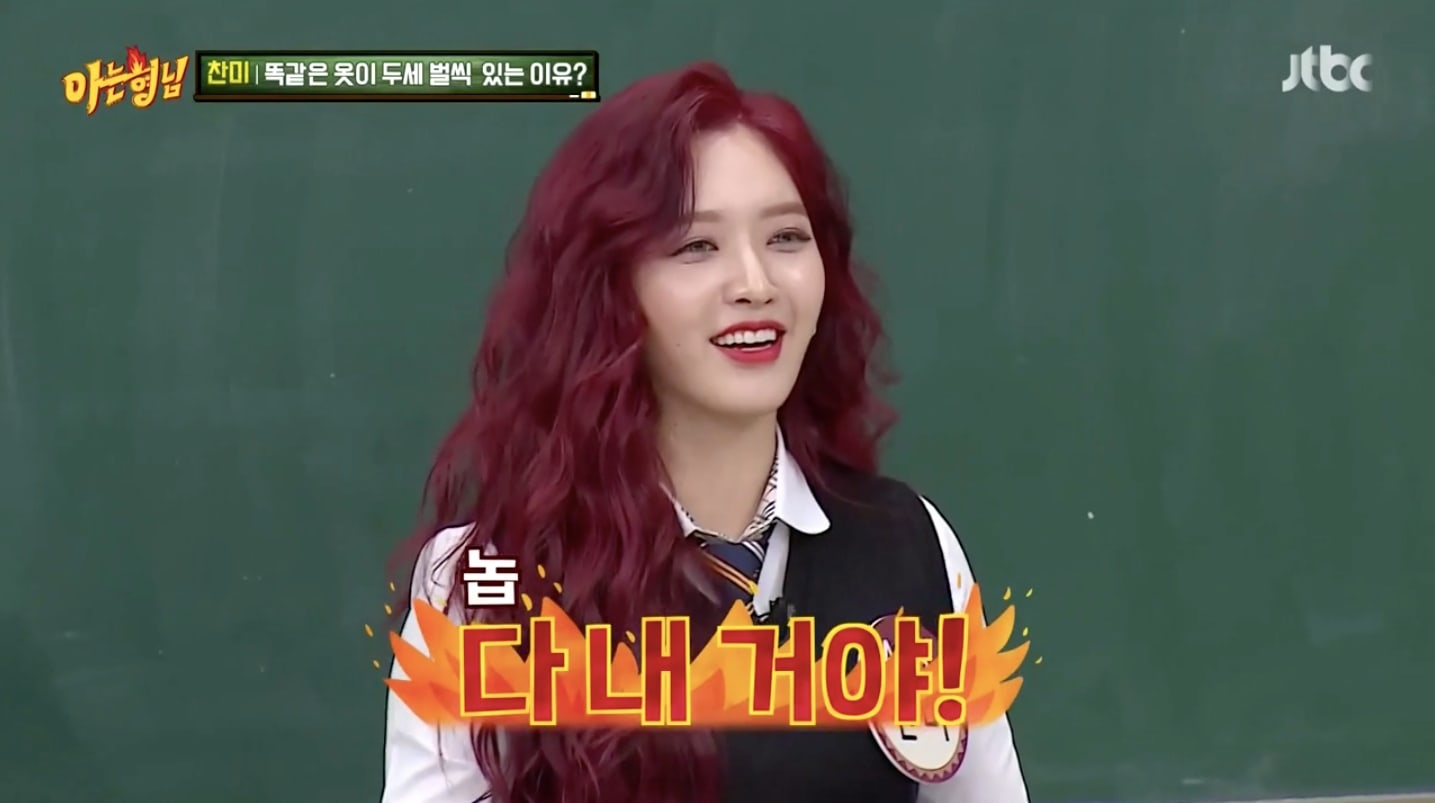 After hearing her final hint, Seo Jang Hoon managed to figure out the correct answer—that Chanmi needed multiple versions of the same outfits because her clothing size changed whenever she promoted with AOA.

“My size during [AOA’s] promotions is completely different from when I’m not actively promoting,” explained Chanmi. “So I buy three different sizes of the same clothing in advance. [For example,] I’ll buy a small, a medium, and a large.”

Kim Young Chul noted, “So we wouldn’t notice [that your size had changed], since you’d be wearing the same outfits we’ve seen you wear before.”

“That’s right,” said Chanmi. “So for most of my pants, I have three pairs of the same pants. If I see [a piece of clothing] I like, I’ll get it in every size. Because I know for a fact that I’m going to be losing and gaining weight eventually.”

When asked about how much weight she gained and lost between promotional periods, Chanmi replied, “It’s a difference of about five to six kilograms [approximately 11 to 13 pounds].” 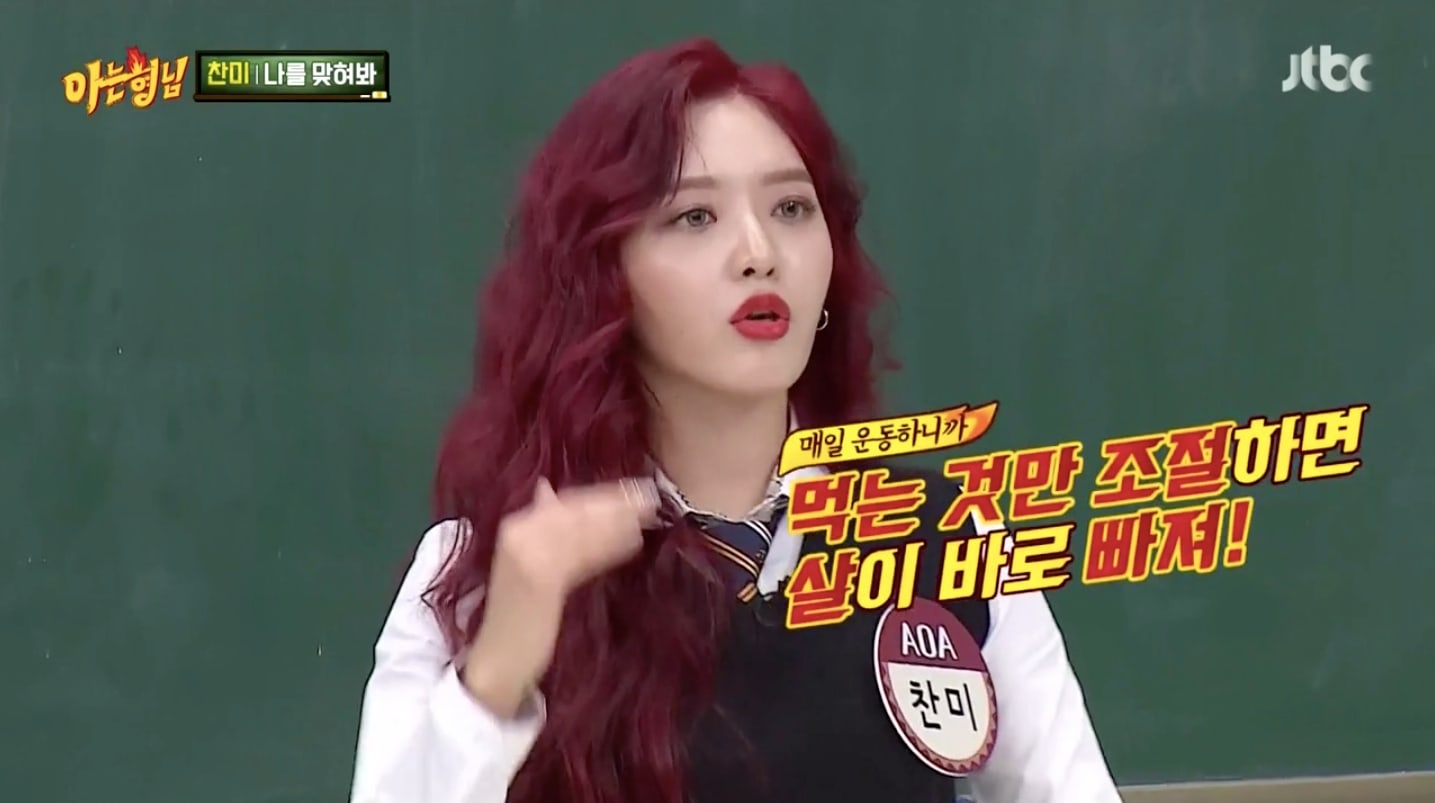 AOA is currently gearing up to make a comeback with their sixth mini album “New Moon” on November 26 at 6 p.m. KST.

AOA
Knowing Bros
Chanmi
How does this article make you feel?