In the SBS drama, the actress plays Song Mi Na who has been disqualified from getting promoted due to two parental leaves during her six years in the company. Unable to deal with the burden, she left her family behind to find her own life. However, attention has been focused on her because of her suspicious behavior.

In the last episode, Song Mi Na refused to return home despite her husband Lee Byung Hoon’s (Lee Jae Won‘s) earnest rem, she returned to her seat and gazed at Park Sung Joon (Lee Sang Yoon) while venting her rage. It made viewers curious about the father of her unborn baby.

In the newly unveiled stills, Song Mi Na is visiting a gynecologist for medical treatment. Her expression is serious as she receives her diagnosis, and she looks completely downtrodden as she leaves the doctor’s office. In another set of photos, her face is pale as she gets an IV drip, and she appears to be at a loss as to what to do. With the mysteries being unveiled one by one, viewers are wondering if Song Mi Na is the one who had an affair with Park Sung Joon. 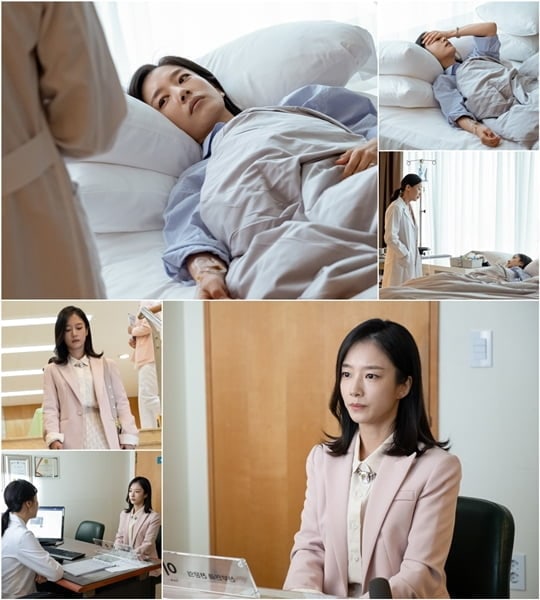 The production crew explained, “Kwak Sun Young is showing depth in her acting with only her eyes and facial expressions. Her unique vibe that oozes stability and comfort seems to create a maximized effect when met with the character’s anxiety. She will be passionately acting in her role as Song Mi Na in the upcoming seventh episode that will air on November 25.”

VIP
Kwak Sun Young
How does this article make you feel?