BIGBANG’s G-Dragon made a meaningful donation!

On November 24, Nike stated, “Through a donation ceremony held on November 23, G-Dragon donated the nation’s first ‘art court’ containing the artwork in PARA-NOISE to the community at Olympic Park where there only used to be basketball hoops on asphalt. Not only does it intend to improve the sports environment, but it also contains the hopes to instigate change in all communities that enjoy sports and culture and the hopes that that they will unleash their own new inspiration.” 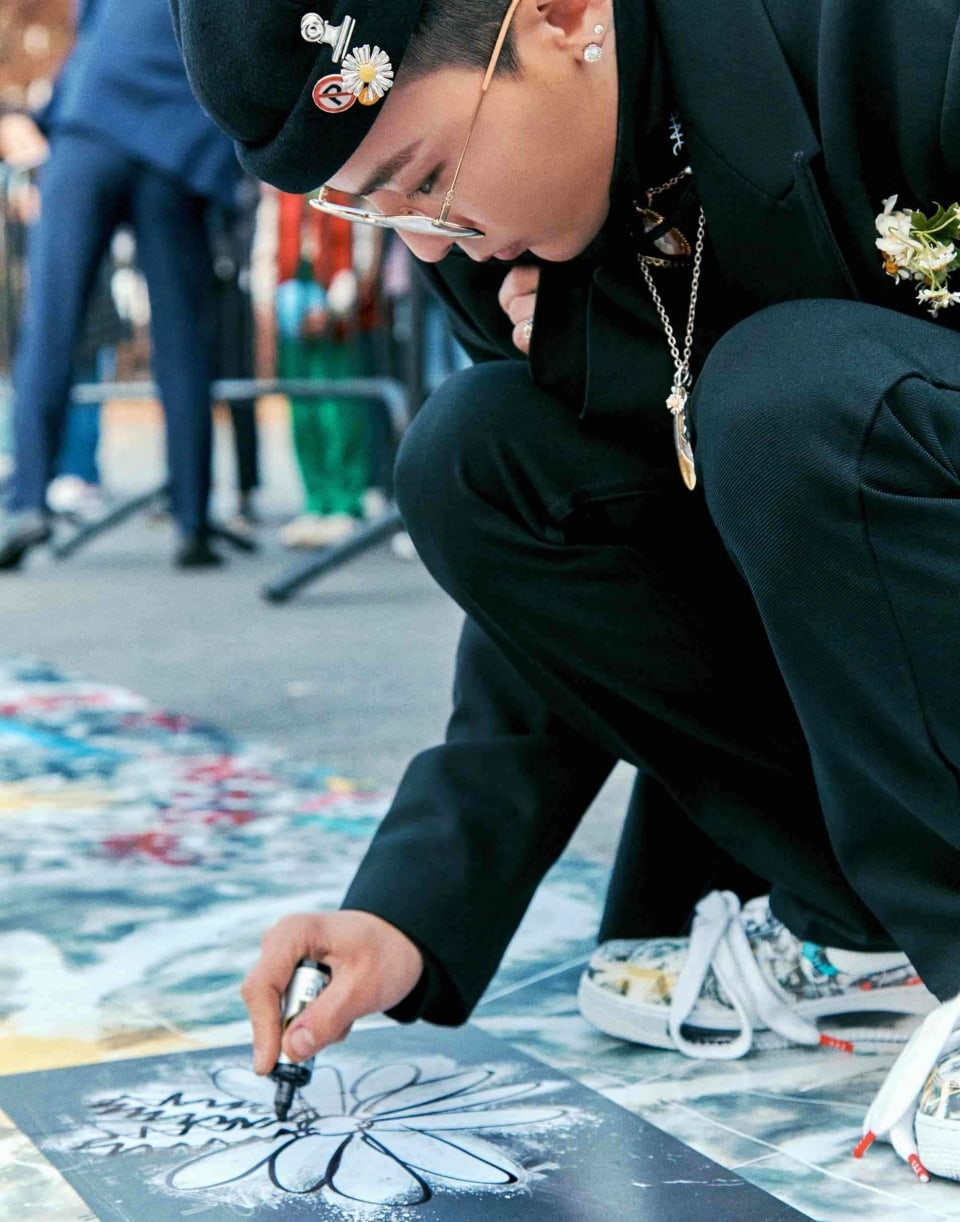 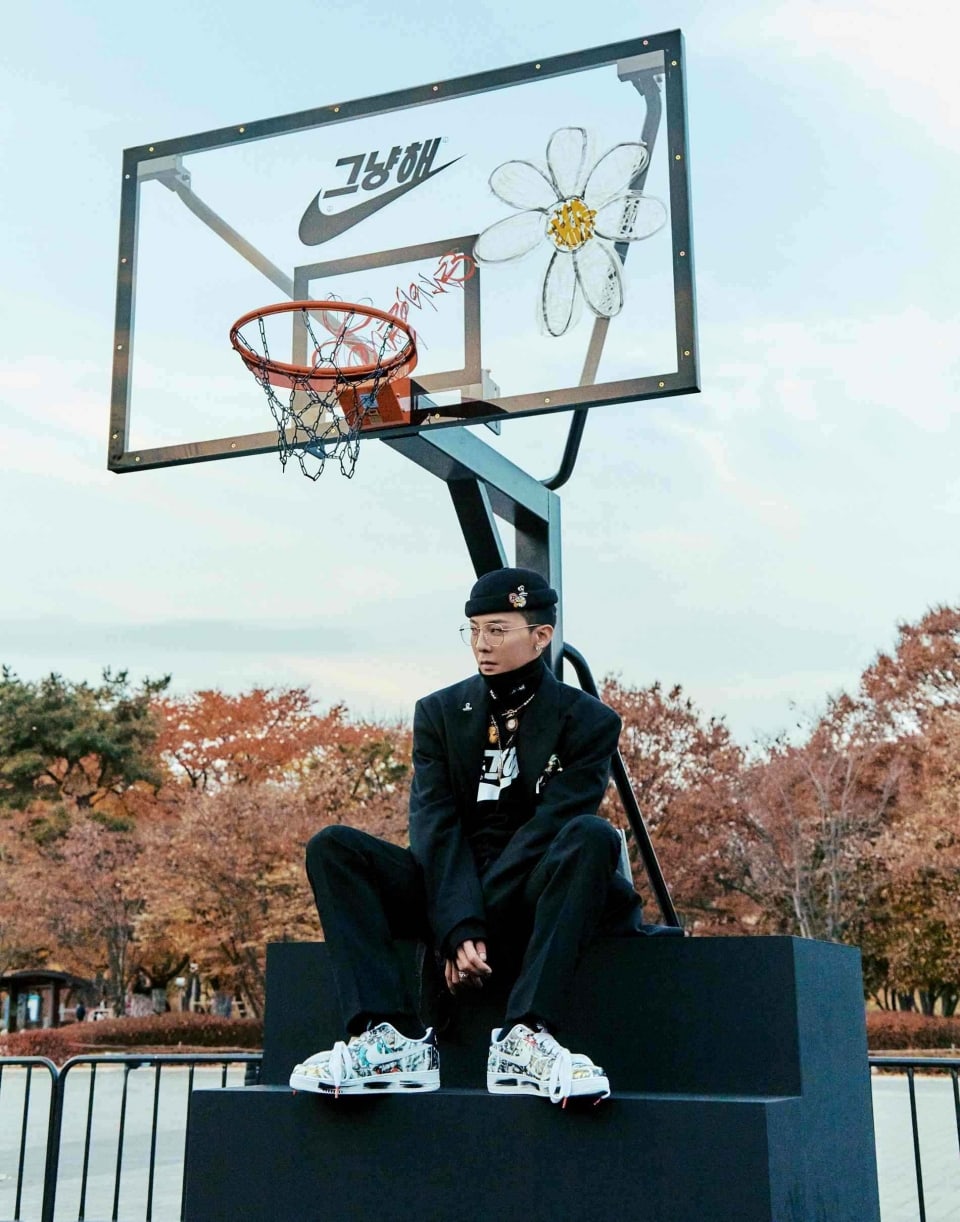 The activity can also be seen as a move to once again celebrate the symbolic meaning of the sneakers that have become the center of G-Dragon’s collaboration with Nike. Since its debut on the basketball court in 1982, the Air Force 1 has now become a source of inspiration in a wide range of fields encompassing art, music, design, and street culture.

In the circle that is located in the center of the court, there is a large daisy that symbolizes peace, and the sidelines have the phrase “THE FLOWER IS THE YOUTH OF LIFE” as well as the artwork G-Dragon incorporated into his sneakers. The backboards of the hoops add more energy to the court by having Nike’s “JUST DO IT” slogan written in Korean. 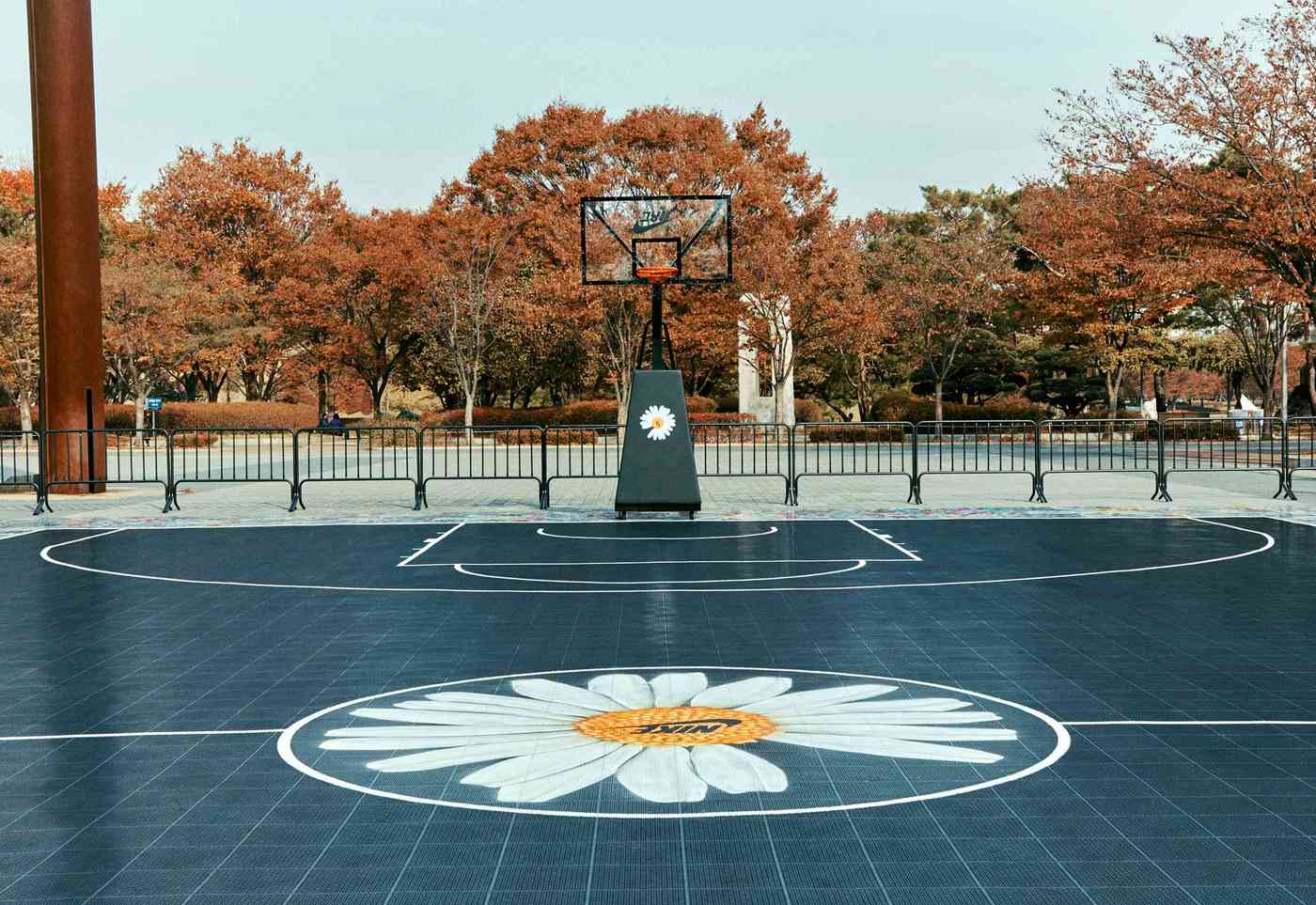 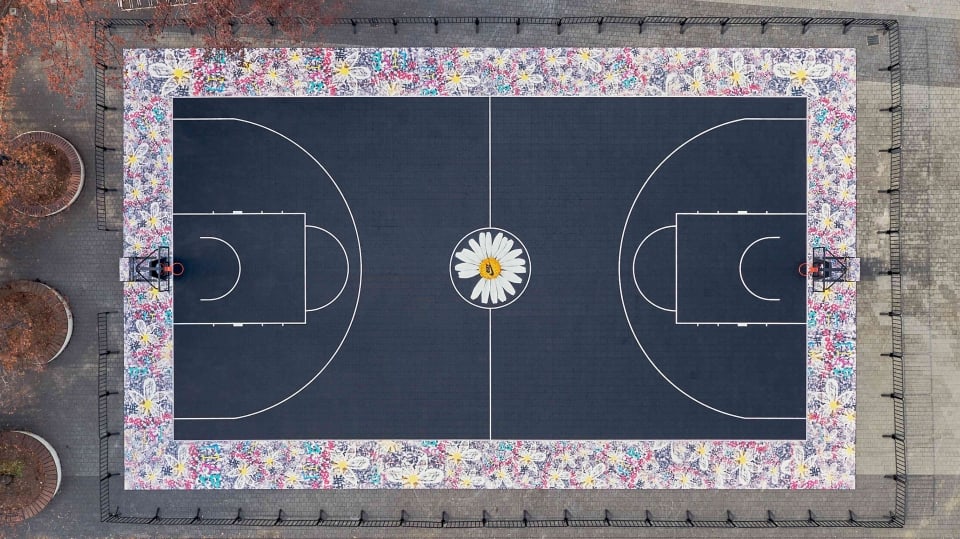 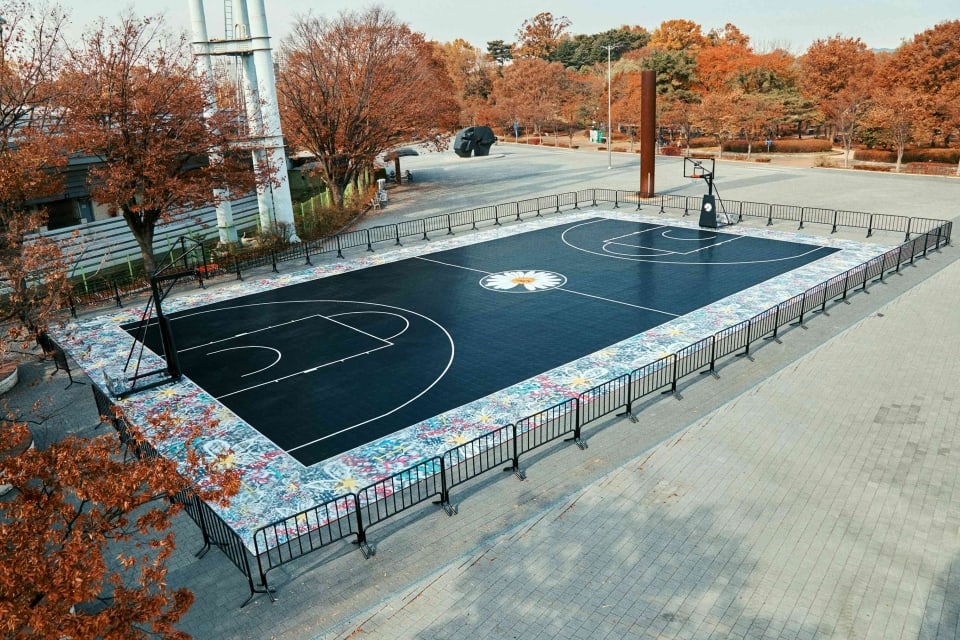 Through this contribution, G-Dragon commented, “I hope that everyone who enjoys sports and culture will gain more confidence and maximize their capacity. I wish that their culture and energy will be more widely shared and respected in the future.”