GOT7’s Jinyoung became a cupid in the latest episode of “Running Man.”

Jinyoung told Yang Se Chan, “I’ll connect you to Jun So Min,” and volunteered to bring them together. 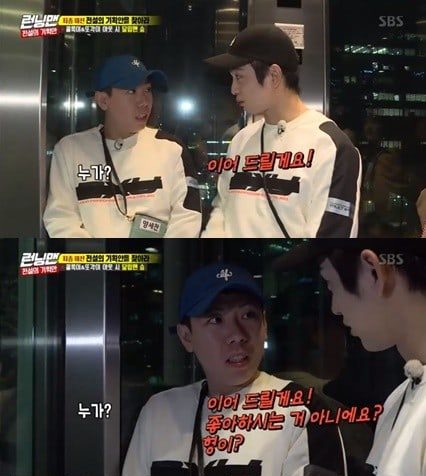 Jinyoung continued, “As a Korean citizen, I think Yang Se Chan likes Jun So Min a lot.” He added, “I’m certain there’s something going on between them,” making viewers laugh. Yang Se Chan responded, “Absolutely not. Who said I liked her? It’s a love that will never come true.”

There were more references to something between Yang Se Chan and Jun So Min in the episode. When Yang Se Chan got the answer correct, Jun So Min ran with joy, and in response, Yoo Jae Suk joked, “Your girlfriend came by.”

Watch the episode of “Running Man” below!

GOT7
jun so min
Running Man
Jinyoung (GOT7)
Yang Se Chan
How does this article make you feel?