tvN’s Wednesday-Thursday drama “Psychopath Diary” has released new stills of Yoon Shi Yoon going all out in a one-man show against a mannequin.

“Psychopath Diary” tells the story of a man called Yook Dong Shik (played by Yoon Shi Yoon) who loses his memory after getting into an accident while running away from a murder scene. He comes across a diary detailing how to commit murder and he begins to believe that he is a psychopathic serial killer.

The new stills show Yook Dong Shik taking all of his frustration and anger out on a mannequin. From choking the mannequin to grabbing hair and even swinging a violin at the mannequin’s face, Yook Dong Shik does his best with gritted teeth. However, the mannequin is completely unaffected by his attacks and though he tries to be more menacing in his expressions and actions, there’s something lacking and slightly comical in the way Yook Dong Shik goes about things. 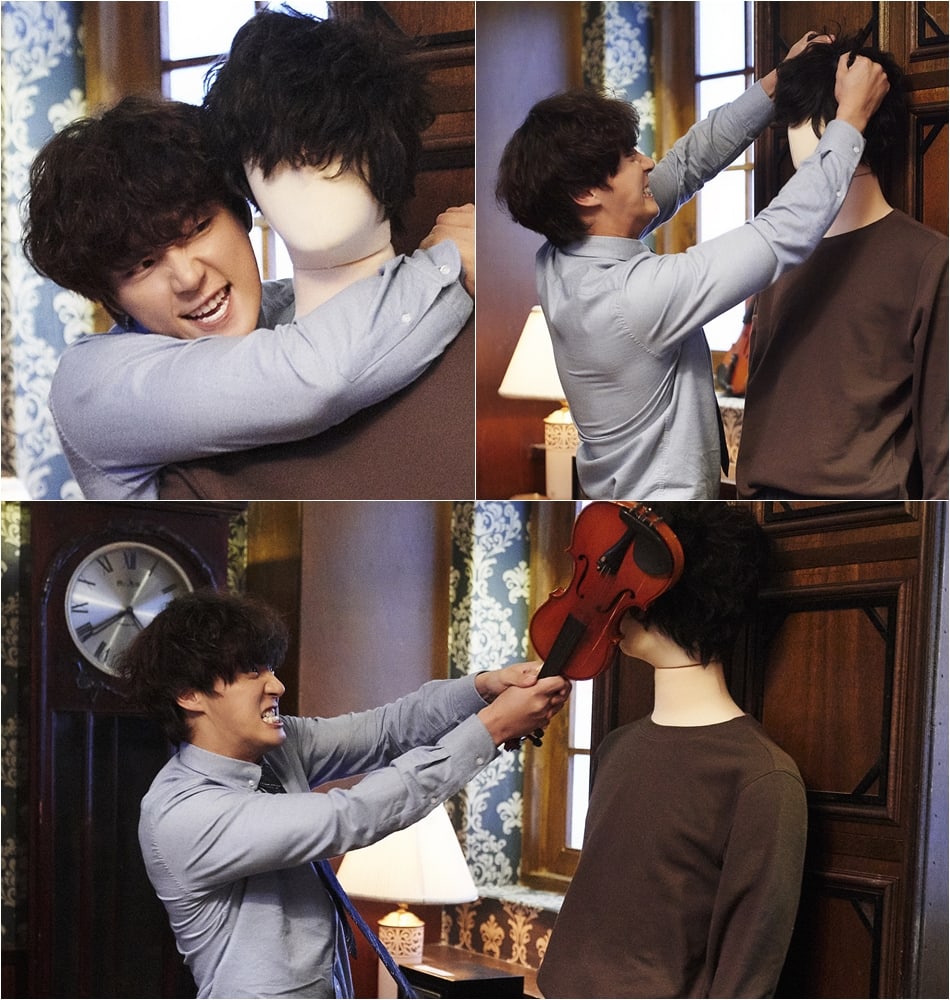 The scene involves Yook Dong Shik visiting an escape room. It is almost as if he is honing his hunting skills in his belief that he is a psychopathic killer, and it remains to be seen what Yook Dong Shik plans to do once he feels he is ready.

The upcoming episode will air on November 27 at 9:30 p.m. KST. Catch up with the latest episode below!