After a contestant on MBN’s “Voice Queen” mentioned Girls’ Generation on the show’s latest episode, Taeyeon took to Instagram to share her feelings.

On the November 28 episode of the singing competition, contestant Hong Min Ji introduced herself as “a former SM Entertainment trainee from about 17 years ago who almost became a member of Girls’ Generation.”

The next day, Taeyeon posted the following message on her Instagram story:

In order to debut in the group Girls’ Generation, the eight of us put everything on the line and gave our all from a very long time ago; it is not a group that was hastily put together in one day. While it’s true that efforts were made to put together the best possible members, we spent a long time together before we were first shown to the general public, and the group [Girls’ Generation] is not like a bus station that anyone could just stop by while passing through.

I would appreciate it if people with whom we have no recollection of sweating [and working hard] together—unless the members’ memories are falsely altered—would refrain from surprising and confounding us by using the name Girls’ Generation. 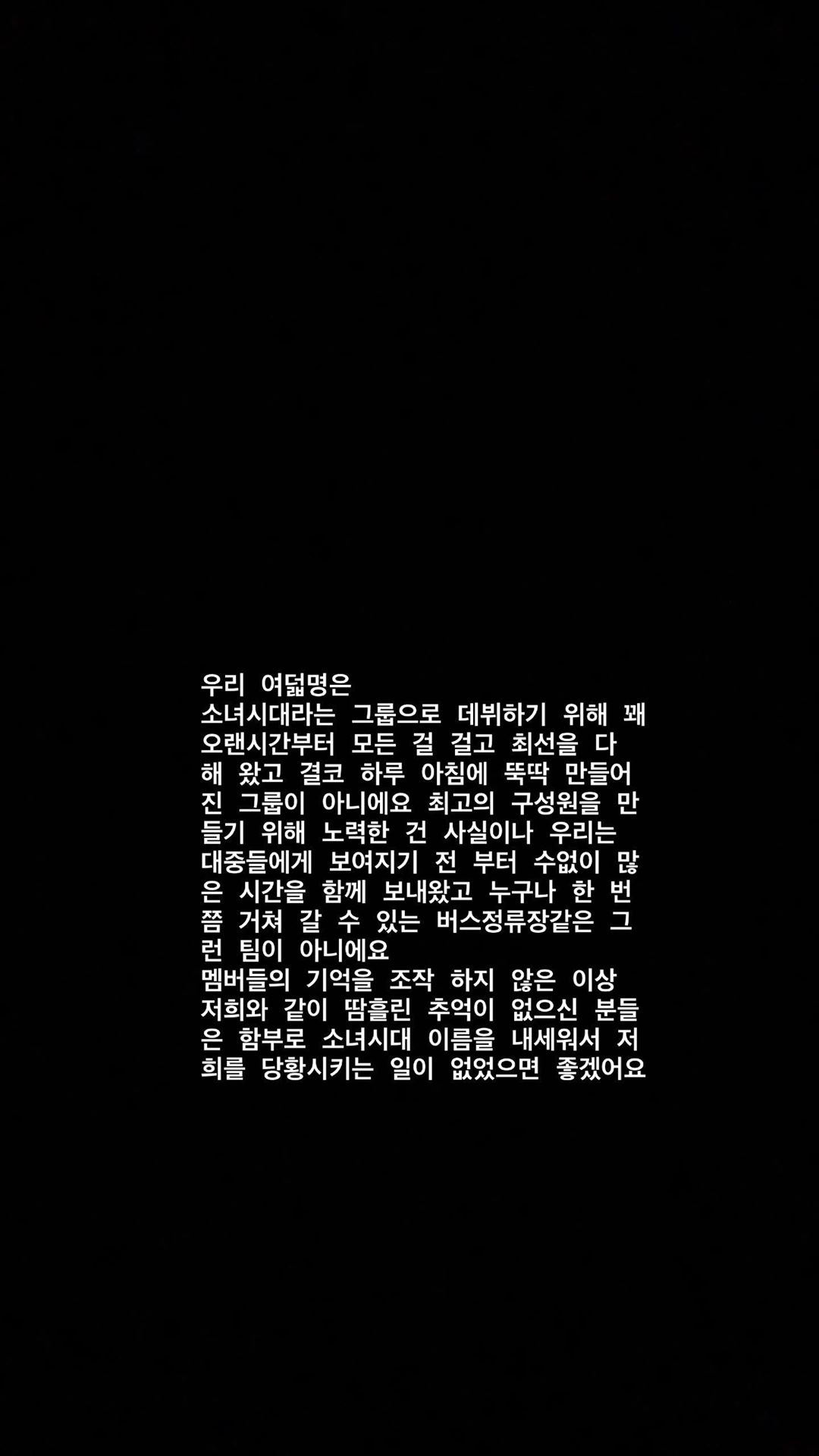 Girls' Generation
Taeyeon
Voice Queen
How does this article make you feel?