Based on a bestselling book of the same name, this new series will explore the ordinary, daily lives of prosecutors. Lee Sun Gyun portrays prosecutor Lee Sun Woong who works at the Public Prosecutors’ Office in his local district while Jung Ryeo Won appears as elite prosecutor Cha Myung Joo who was rising on the ladder of success at the Central District Prosecutors’ Office before being transferred to a branch office.

First off, Lee Sun Woong poses with a content smile in his prosecutor uniform. He is a graduate of the Judicial Research and Training Institute and has been a prosecutor for 10 years already. He works in the local district of Jinyoung, and although others call Jinyoung the “land of exile for prosecutors,” he is very satisfied with his life there. With the motto, “Let tomorrow be the same as today,” he spends every day in pleasant peace. Viewers find it humorous that he is in charge of a case called “Throwing cow dung out of infatuation.” 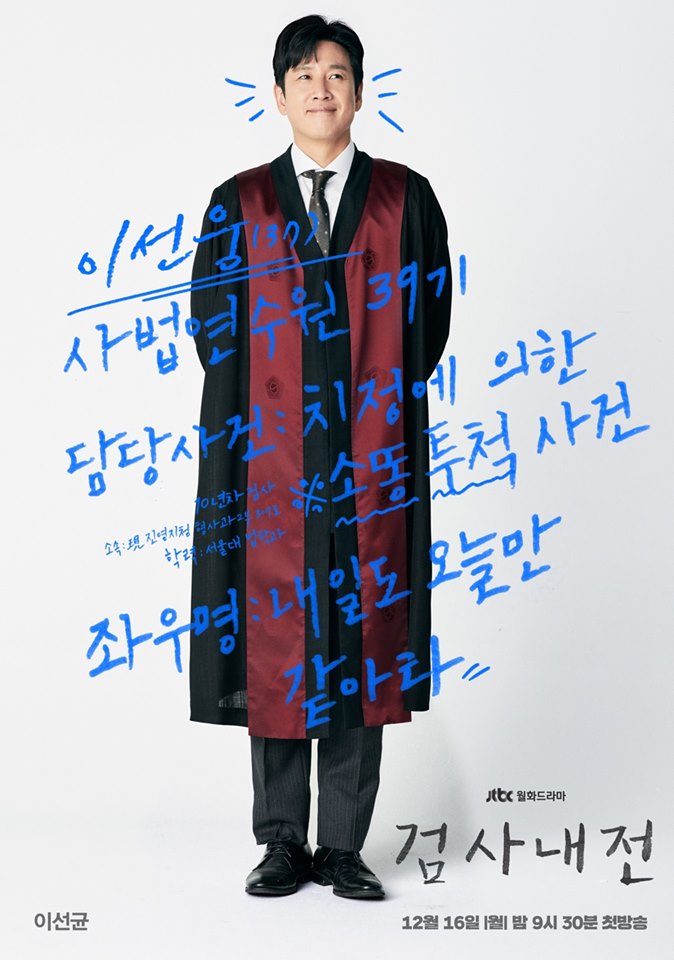 Meanwhile, Cha Myung Joo poses with the confidence and elegance of an elite prosecutor. She graduated one year ahead of Lee Sun Woong, and it’s her eleventh year as a prosecutor. She passed the bar exam with the highest scores after after graduating from the Seoul National University School of Law at the top of her class, and she also graduated at the top of the training institute. Cha Myung Joo led the “200 billion won (approximately $169.2 million) hospital insurance fraud case,” but an incident led her to become demoted to the second division of criminal investigation at the Jinyoung District Prosecutors’ Office. Like her motto, “Even if I reflect on it, I don’t regret it,” she has always given her all in everything she was faced with. What new story will she create with her new fellow prosecutors in the countryside? 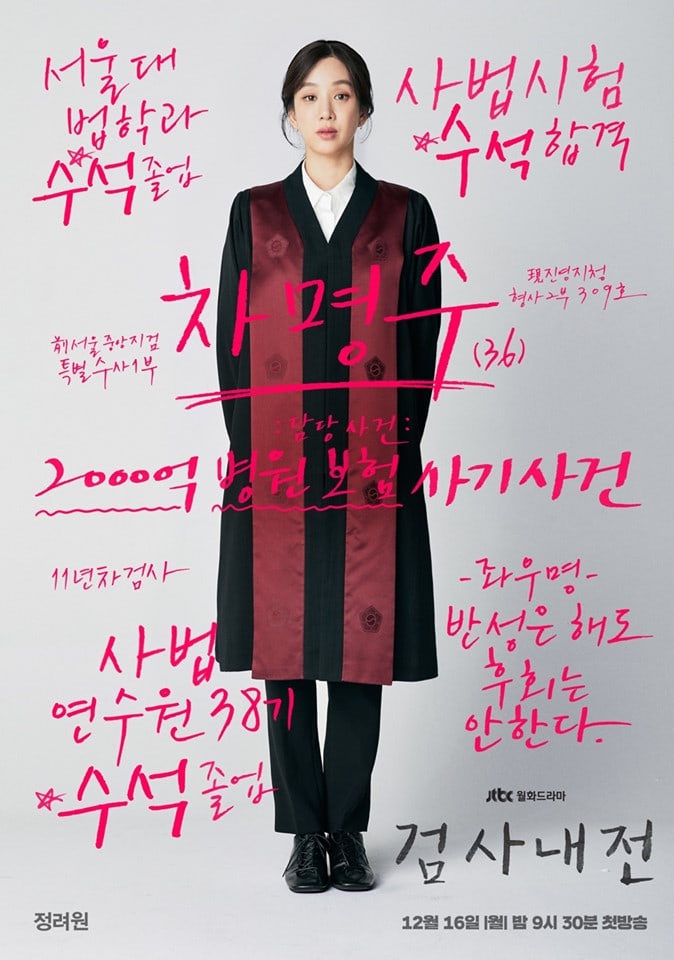 The production crew commented, “We wanted the character posters to intuitively capture the distinct personalities of Lee Sun Woong and Cha Myung Joo through several keywords. The transformation of Lee Sun Gyun and Jung Ryeo Won, who perfectly melted into charming roles, will make the drama richer. We ask for your support until the first broadcast.”

“War of Prosecutors” will premiere on December 16 at 9:30 p.m. KST. Make sure to check out the teaser on Viki below!