Hwang Chi Yeol opened up about his time as a vocal trainer and who his most memorable students have been.

The singer appeared on KBS’s “Entertainment Weekly” on November 29 to talk about his upcoming concert and his life journey. While drawing out his life graph, Hwang Chi Yeol talk about how he ended up becoming a vocal coach for idol groups.

He confessed, “I made my debut but it failed. And I fell into hard times.” Hwang Chi Yeol continued on to talk about how his life got better after starting his career as a vocal coach and said, “There was someone I knew who was a vocal coach. She was teaching some idols at the time and she let me help teach them.” 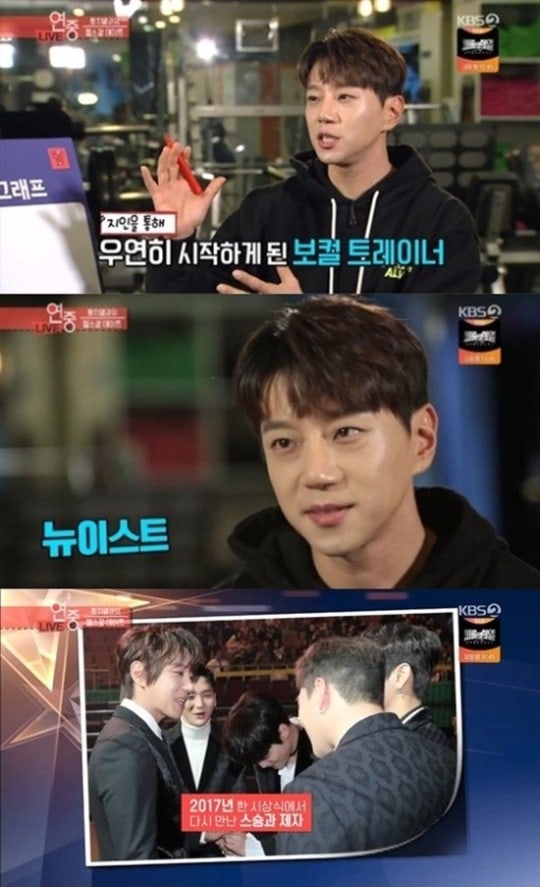 Hwang Chi Yeol has worked with many idols including Lovelyz, NU’EST, INFINITE, and After School and asked which idols have been his most memorable students, Hwang Chi Yeol picked NU’EST. He explained, “They’ve gone through a lot. They worked really hard, harder than anyone, and things worked out for them. We met later at an awards show and seeing them do so well made me happy.”

Hwang Chi Yeol will be holding his “Bon Voyage” nationwide tour this December.

NU'EST
Hwang Chi Yeol
Entertainment Weekly
How does this article make you feel?