Park Jin Young Reveals Which Of His Songs Generate Most Royalties + Inspiration Behind Hits From Wonder Girls, Rain, And 2PM

Park Jin Young spoke about some of his most popular songs on JTBC’s “Ask Us Anything.”

On the November 30 episode, TWICE‘s Dahyun and Nayeon joined Park Jin Young as guests on the variety show.

The producer replied, “It probably is a TWICE song because K-pop has expanded worldwide. If a song becomes a hit now, royalties come in from all over the world. Before that, [Wonder Girls’] ‘Nobody’ brought in the most royalties. I received an unbelievable amount.” 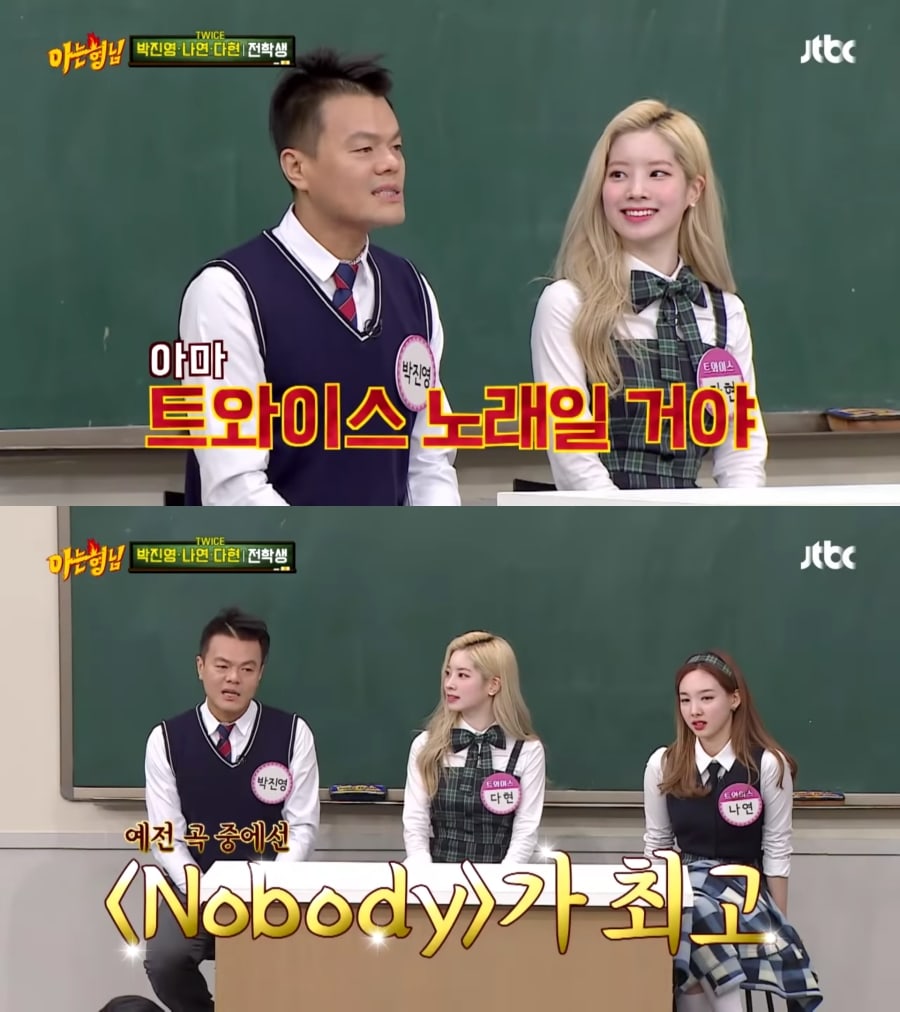 Sharing the story behind the 2008 mega-hit, Park Jin Young said, “I wondered how Wonder Girls could earn the nation’s love after they were formed and thought of retro. I wrote ‘Tell Me,’ ‘So Hot,’ and ‘Nobody,’ and released the three of them in order.”

Super Junior’s Kim Heechul commented, “All three of them were successful,” and Kang Ho Dong asked about his inspiration for writing songs. 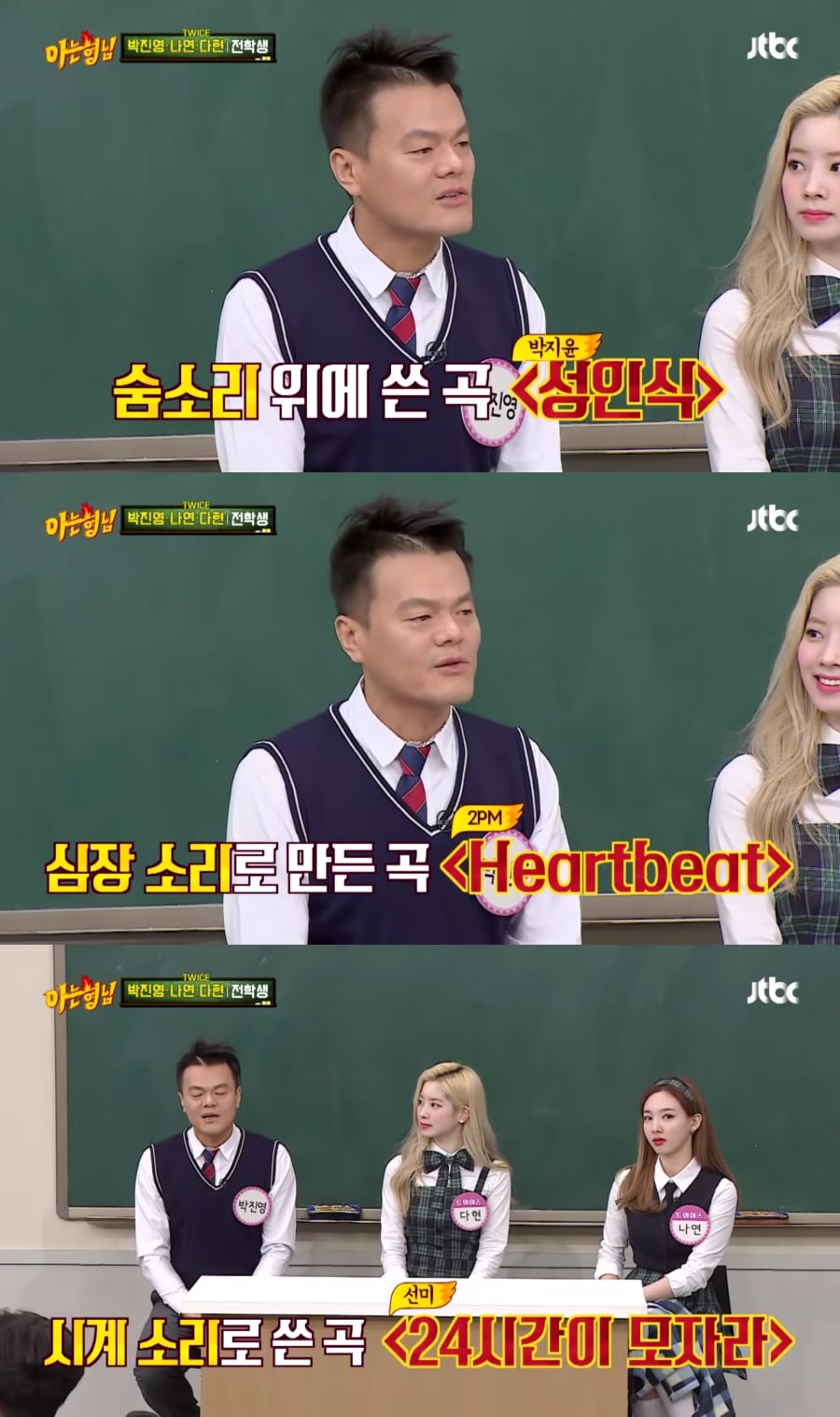 He added, “The funniest one I wrote in the past was [Rain‘s] ‘How to Avoid the Sun’ after seeing the hood of a car. Rain and Kim Tae Woo were supposed to pick me up, but I came out earlier. I had nothing to do, so I was walking around the parking lot of my apartment. I looked and saw the sun reflected on the hood of a car. The sun was also on the car next to it. The sun was on the hood of every single car. I thought, ‘Is this what it feels like to want to forget about a woman but not being able to no matter what you do?’ I was inspired and wrote the song on the spot.”

In January, Park Jin Young welcomed the birth of his daughter and became a father for the first time. “There are husbands who go inside of the delivery room, but I couldn’t do it,” he said. “I was waiting in another room, and they suddenly brought me the baby to hold her. I was holding her, and she suddenly grabbed my finger. The power of her hand was so strong, as if she thought she was going to die if she let my finger go. I felt a bit emotional then and wrote a song right away titled ‘This Little Hand.'”

He then sang the song for the cast and they were moved by the lyrics. Watch it below:

Ask Us Anything
Park Jin Young
How does this article make you feel?