Lee Dong Gun and Kim Sae Ron are full of charisma in the newly released stills of TV Chosun’s “Leverage.”

“Leverage” is about Lee Tae Joon (Lee Dong Gun), a top insurance investigator turned con man, who brings together a group of con artists to get revenge on the wealthy and corrupt. The drama is a Korean remake of the U.S. series of the same name, which aired over five seasons on TNT.

Previously, Lee Tae Joon found out that his friend Jo Joon Hyung (Kim Joong Ki) was behind all the incidents, but he pretended not to know and approached Jo Joon Hyung. Jo Joon Hyung also quickly replaced his upset expression with a bright smile, and a fierce psychological warfare of deception began.

The unveiled stills show Lee Tae Joon glaring daggers at Jo Joon Hyung as if he can no longer hide his anger. He grabs Jo Joon Hyung by his collar and raises his fist in the air to punch the betrayer. His tightly balled fist proves the extreme amount of resentment he has against his former friend.

On the other hand, Jo Joon Hyung is grinning at an upset Lee Tae Joon. His eerie grin seems to say, “Hit me if you can.” His provocative stance adds to the tension, and the remote control in his hand also draws curiosity.

The production crew shared, “In today’s episode, Lee Dong Gun will do everything he can against Kim Joong Ki to protect his team members. As it is a showdown between two strategists, a tense psychological warfare using provocations, counterattacks, and lies will be interestingly drawn out. At the same time, Kim Joong Ki’s goal will be revealed and continue the development of the stormy plot.” 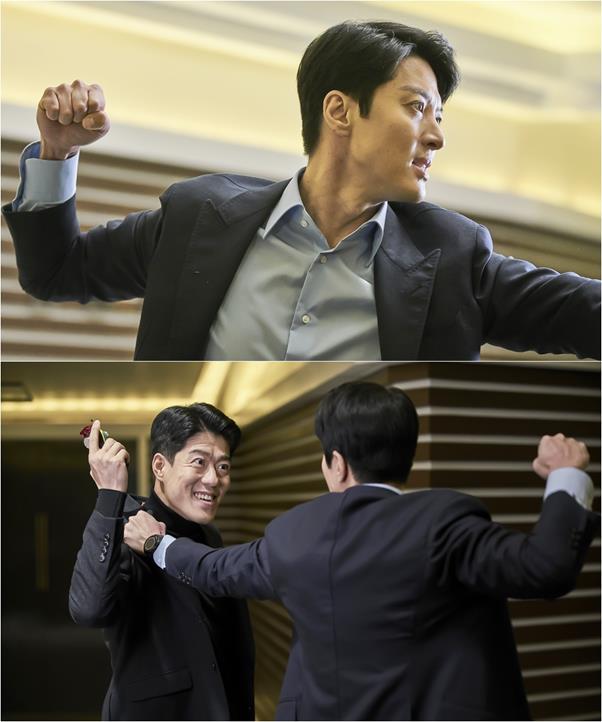 At the same time, Kim Sae Ron attracts attention with her all-black outfit as she transforms into Go Na Byul, a reckless and feisty thief. Go Na Byul is wearing a mask that covers half of her face, and she looks both focused and edgy as she fulfills her next task.

Go Na Byul’s next mission is to save the kidnapped Jung Eui Sung (Yeo Hoe Hyun) by opening up a safe. She is paying keen attention to every move she makes, and her eyes are completely concentrated on her task. Attention is focused on whether she will be able to rescue Jung Eui Sung or not. 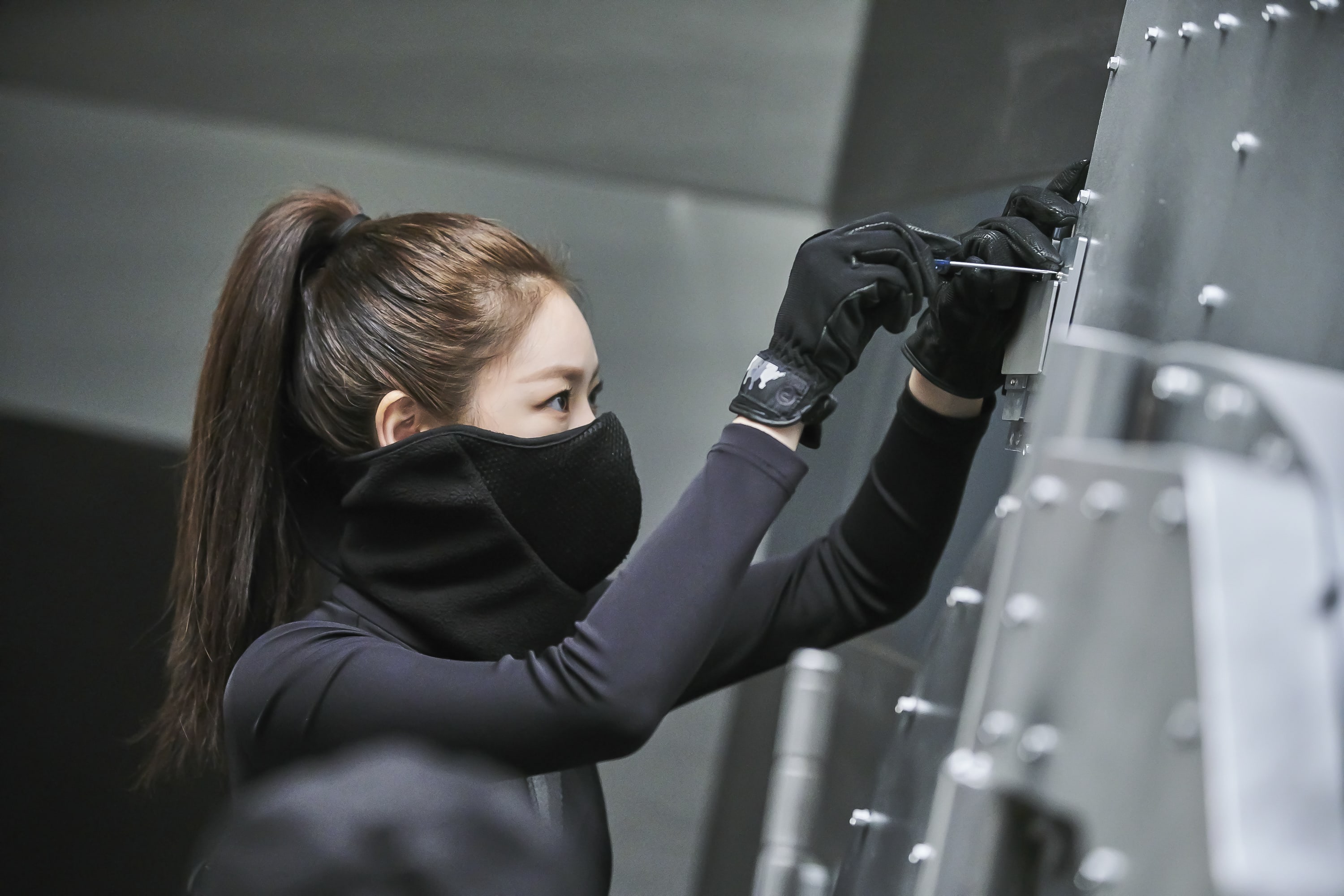 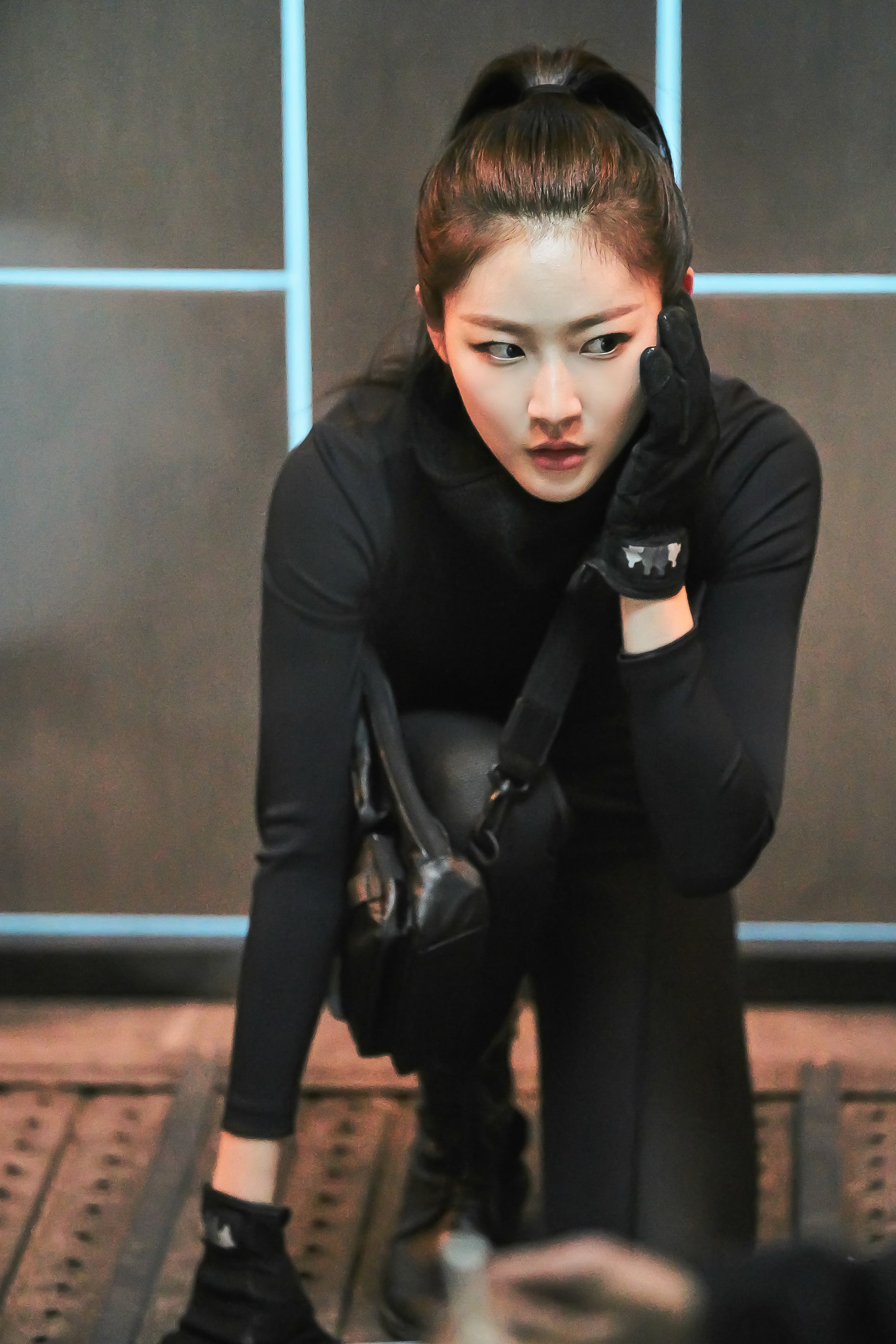 The next episodes of “Leverage” will air on December 1 at 10 p.m. KST.