Jun So Min and Yang Se Chan are continuing their love line on “Running Man”!

On the December 1 broadcast of the SBS variety show, the production crew prepared a “Together with Distrust” race in which all of the members were given the chance to win so that they could forget the doubt and distrust that had been built between them due to the previous races.

The production crew explained that if the cast members won a mission, they would be given winter snacks, but if they failed, they would receive a penalty. The “Running Man” members were visibly worried after hearing that the punishment was to dress up as Yondu from “Guardians of the Galaxy” and sell 100 bungeoppang [fish-shaped pastry]. The member with the greatest amount of candies, which would be gained after successful missions, would be exempt from the punishment.

As the members drove towards their mission destination, Kim Jong Kook expressed his disappointment with Jun So Min, saying, “There was an empty seat next to me, but she went to sit beside Yang Se Chan.” Jun So Min refuted, “It’s not like that. I just wanted to check the photo,” and Yoo Jae Suk joked, “You’re just a good friend, but she loves Yang Se Chan.”

The members saw the photo of Yang Se Chan and Jun So Min and commented, “You guys look like you’re waiting at the airport lounge to go on your honeymoon.” They then teased the two members as they sang the OST to the movie “You Are My Sunshine.”

Jun So Min continued to show affection towards Yang Se Chan, who responded by saying, “Gosh, I’m getting tired of you.” HaHa pointed out that Yang Se Chan had said this with a smile on his face, and the other members laughed heartily at their lovey-dovey atmosphere. 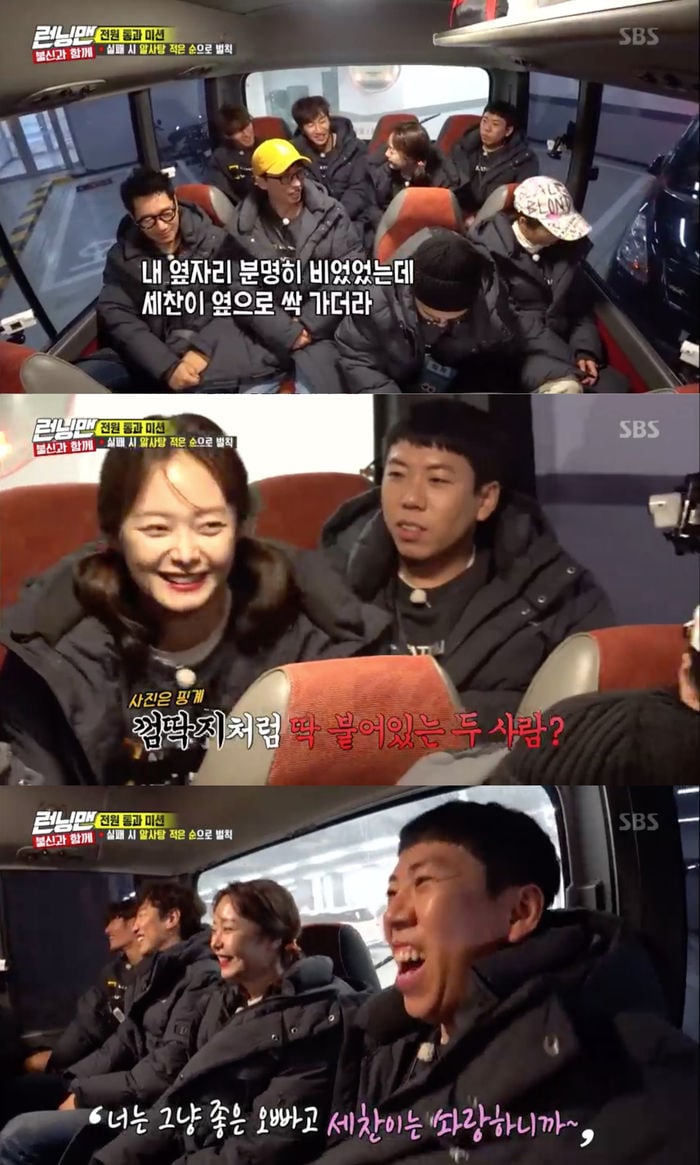 Later on, the members won a winter snack of honey-butter sweet potatoes, and Jun So Min gleefully buried her nose in it. When the other members complained that her nose had touched the treat, Kim Jong Kook coolly said, “It’s fine. We’re like family anyways.” In response, Yoo Jae Suk asked if he liked Jun So Min as well, and Yang Se Chan joked that the situation was making him uncomfortable. Wearing a sweet smile, Jun So Min also asked Kim Jong Kook if he actually liked her, and he playfully quipped, “You need a smack to wake up.” 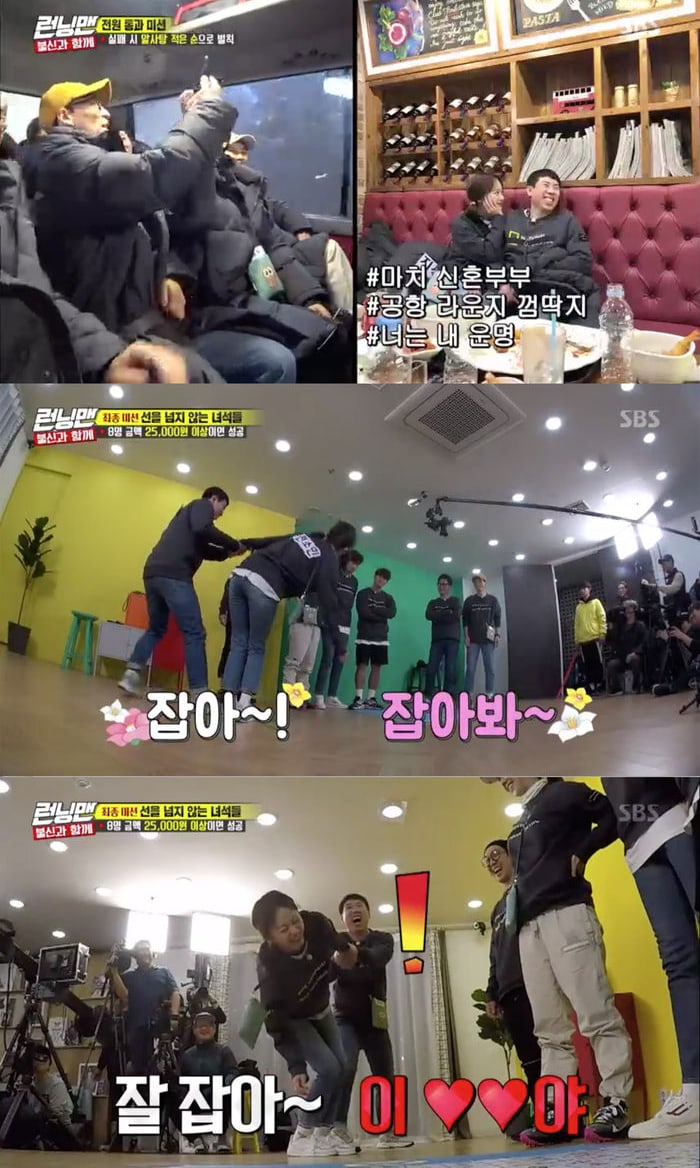 Eventually, Yang Se Chan was excluded from the punishment as the final victor, and Lee Kwang Soo, Jun So Min, and Kim Jong Kook were the ones who had to dress up as Yondu to sell bungeoppang. 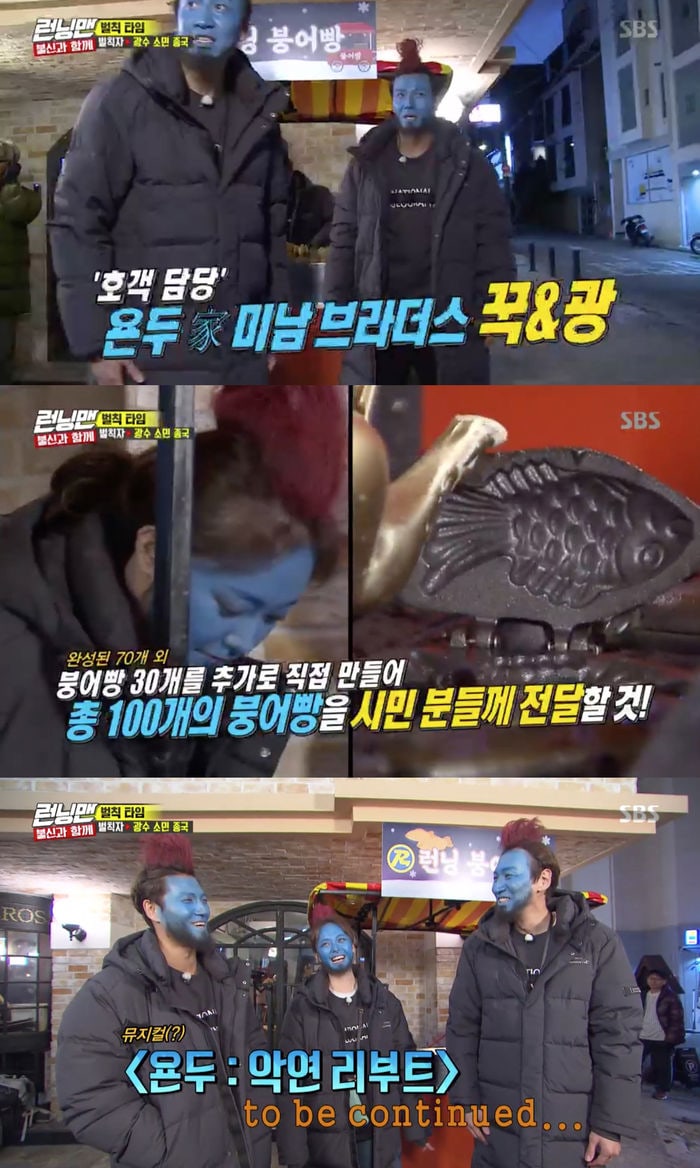