A source from Melon has responded to speculations of chart manipulation for Kim Na Young and Yang Da Il’s new song.

The source told Xportsnews, “We’re aware of the issue that’s become a hot topic in the music industry, and we are making Melon’s chart policies available for reading on Melon.”

They added, “We are continually monitoring and taking steps in relation to abnormal use patterns, as well as intensifying operation policies regarding abnormal use patterns. We are actively cooperating when there are official requests from government agencies for investigations such as by the Ministry of Culture, Sports, and Tourism or the Korea Creative Content Agency Sajaegi Monitoring Center.”

The source went on to say, “We have not discovered any abnormal use patterns in regard to Kim Na Young and Yang Da Il’s charting.” They concluded, “We are doing our best as well to protect Melon’s reputation.”

However, the response has not been entirely positive as accusations of chart manipulation began to surface. “Goodbye List” had surpassed IU’s “Blueming” and “Into the Unknown” from “Frozen 2” to top the charts, and suspicions arose as IU is considered a powerhouse on streaming charts whenever she releases new music while “Frozen 2” has been taking over Korea, attracting over 8.5 million moviegoers in 11 days and surpassing records of the first film in the series. People also cited the fact that the song was released on a weekend without any promotional marketing as part of the allegations.

Rhymer, the head of Yang Da Il’s agency Brand New Entertainment, responded to the accusations in an Instagram post. He stated, “Brand New Music would never partake in actions that are not honorable. We will no longer stand by as Yang Da Il, who has created a path for himself slowly and steadily, and the hard work of the Brand New Music staff are damaged, and we are prepared to take strong legal action.”

As of 1 p.m. KST on December 2, “Goodbye List” is currently at the top of Melon’s real-time streaming chart. 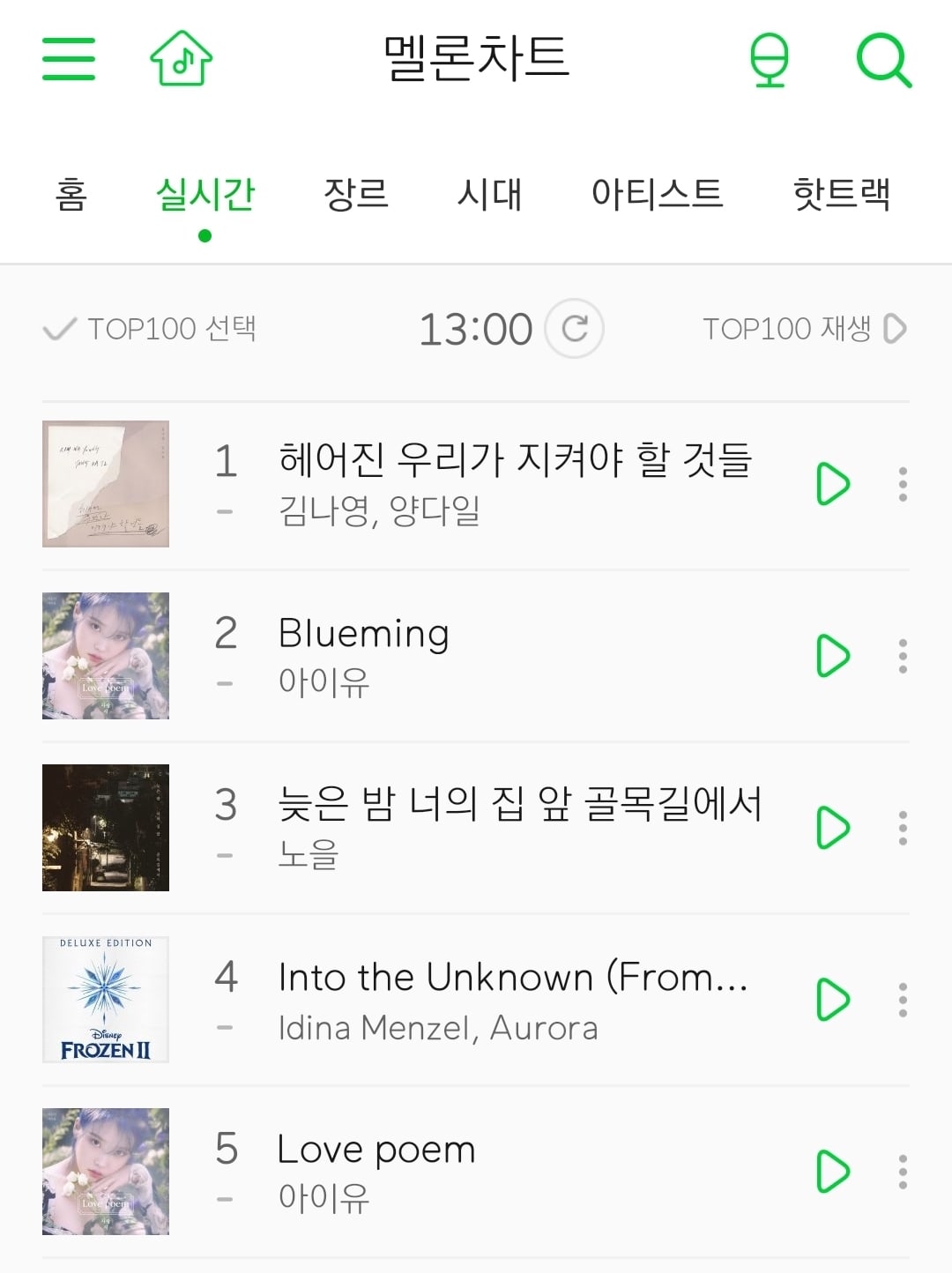