“Ashfall” will tell the story of a group of people who set out to stop the final eruption of Mount Baekdu, which would be strong enough to swallow both North and South Korea.

The new poster shows the five main characters as they face the dangers in front of them. Lee Byung Hun plays Rhee Jun Pyung, a first class North Korean army officer who has been sent to aid in the secret mission to stop the eruption. Joining forces with him is Ha Jung Woo’s character Jo In Chang, the captain of the Explosive Ordinance Disposal (EOD) team in South Korea.

At their side is Ma Dong Seok playing Kang Bong Rae, a geology professor who has specialized his studies on the eruption of Mount Baekdu, and Jeon Hye Jin as Jeon Yoo Kyung, who is in charge of the operations. Suzy will play the role of Choi Ji Young, who is on the ground in the city as the situation dissolves into chaos. 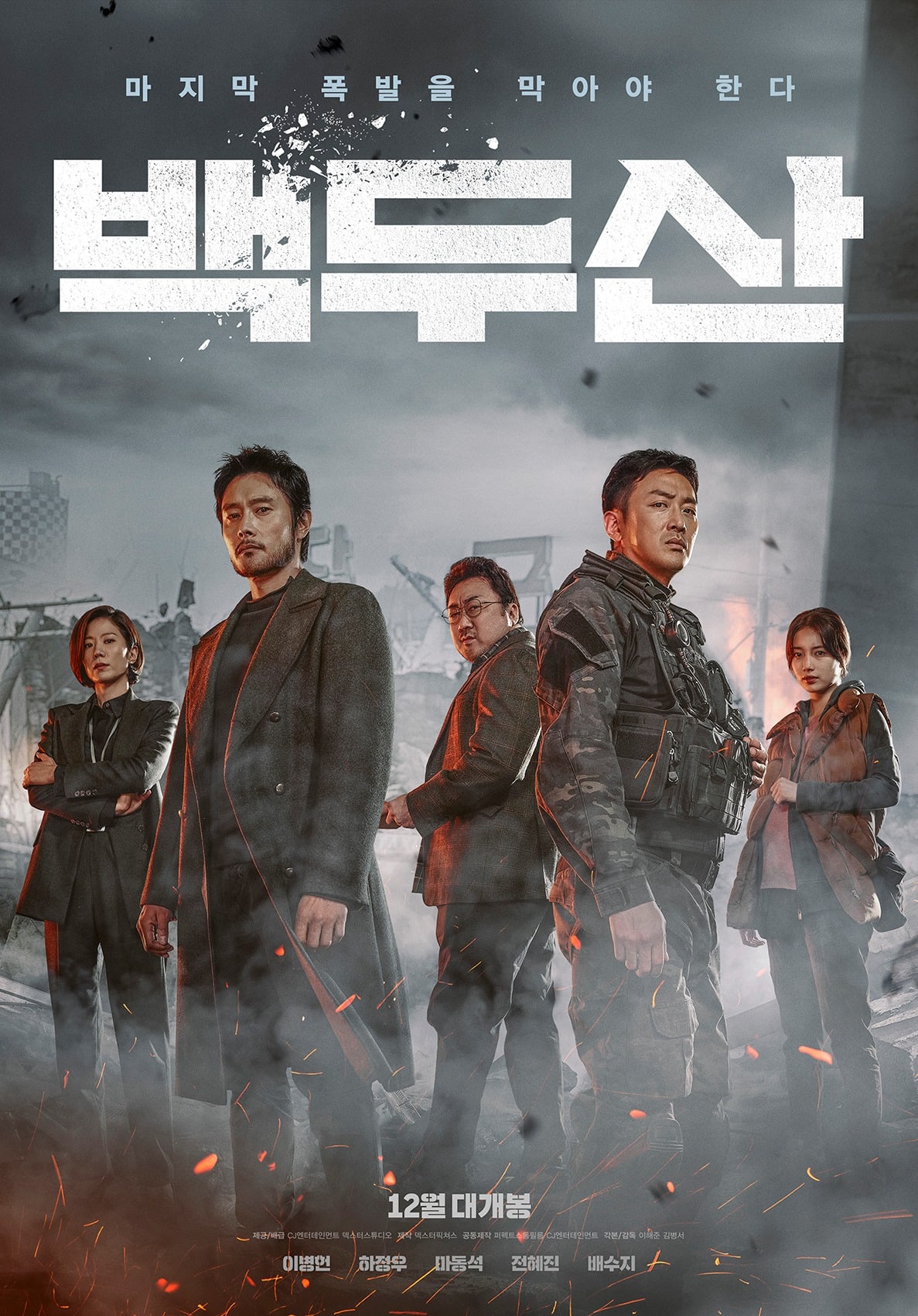 With the tagline, “We have to stop the final eruption,” anticipation is rising to see if the team will be able to pull off a mission that seems impossible. With a strong cast and an interesting concept of Mount Baekdu erupting, “Ashfall” is set to make its premiere in theaters on December 19.