Jung Eun Ji of Apink asked the girl group about their appearance on Mnet’s “Queendom.” Jimin commented, “We’d be lying if we said we hadn’t felt any pressure. We determined it wouldn’t matter what our ranking would be as long as we made a memorable stage. We thought it would be fine as long as got a lot of views.” 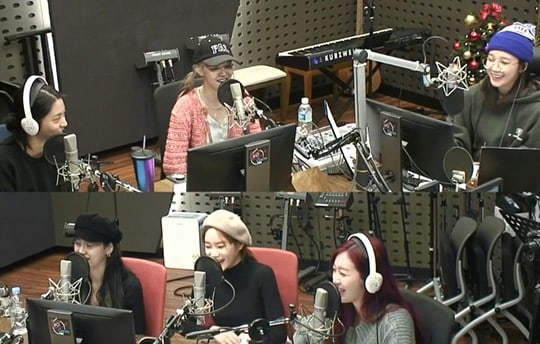 In response, Jung Eun Ji said, “I could see your determination from the performance video. Perhaps it’s because we debuted around the same time, but I think we have similar concerns. I could see the kind of mentality you stood on stage with, so I cried while watching your performance.” Then she joked, “That’s because I saw it at night when I was emotional. I wouldn’t cry about it now.” However, she added watching AOA made Apink want to perform as well.

AOA recently released their sixth mini album “NEW MOON” and a music video for its title track “Come See Me“!