There are only four more episodes left until the second season of “Chief of Staff” comes to an end!

The previous episode ended with the shocking death of Lee Chang Jin (Yoo Sung Joo). With Song Hee Seop (Kim Kap Soo) and Jang Tae Joon (Lee Jung Jae) racing for their own goals, the production team revealed three key questions that will be answered as the drama comes to an end.

1. What is Jang Tae Joon’s new breakthrough to take down Song Hee Seop?

Jang Tae Joon was finally able to locate the slush funds of Song Hee Seop and Sung Young Ki (Go In Bum) after Lee Chang Jin was accused of evading taxes overseas. Choi Kyung Cheol (Kim Man Shik), the chief of the Seoul District Public Prosecutor’s Office, quickly arrested Lee Chang Jin. Just when they thought there was nothing left but to reveal the truth, Lee Chang Jin was killed by jumping out of the restroom window. After that, they became stuck in a labyrinth of power and were at a loss over what to do. However, Jang Tae Joon vowed to find a different way to get Song Hee Seop.

2. Who is the spy in National Assembly office?

When the list of public informants that only Jang Tae Joon and Kang Sun Young (Shin Min Ah) knew about was leaked to Song Hee Seop, it was revealed there was a spy in the office. Yoon Hye Won (Lee Elijah) and Han Do Kyung (Kim Dong Joon) started to closely observe the behavior of the aides in the National Assembly office and chose the mysterious Yang Jong Yeol (Jo Bok Rae) as the suspect. Viewers are also keeping a close watch on secretary No Da Jung (Do Eun Bi), who told Yoo Hye Won about Yang Jong Yeol’s request to see the ledger as well as left the documents that should’ve been disposed for security reasons open on her desk. Which one is the true betrayer in the office?

When Lee Chang Jin attacked Lee Ji Eun (Park Hyo Joo) and threatened, “You have to be careful. We can’t lose another aid,” Kang Sun Young was certain he was the one who had murdered Go Seok Man. However, before Lee Chang Jin had been arrested, he had told Jang Tae Joon, “Save me first. Then I’ll tell you who killed Go Seok Man.” Furthermore Detective Lee (Lee Soon Won) shared, “Judging from their method, I don’t think they’re ordinary people.” As of now, Song Hee Seop and Sung Young Ki are at an advantage since they didn’t want those documents containing the corruption scandals to be disclosed. 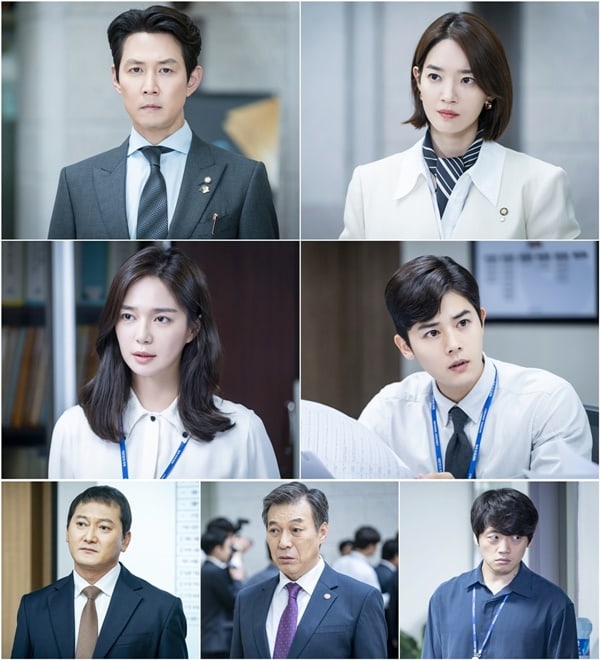