This series is about a woman named Jung Seo Yeon (played by Jo Yeo Jeong) who lived a hopeless life before coming across a fortune of 9.9 billion won (approximately $8.4 million) in cash. After acquiring this wealth, she finds herself up against the world again as she fights to protect herself and the money.

For the drama, Jo Yeo Jeong and Kim Kang Woo reunited for the first time in seven years since last appearing in KBS 2TV’s 2012 drama “Haeundae Lovers” together.

“I’m working with Kim Kang Woo again after seven years,” Jo Yeo Jeong said. “Last time, we appeared in a romantic comedy. I decided to act in the drama with trust after hearing that actor Kim Kang Woo would be appearing in it. I rely on him a lot on set. He’s more reliable and I trust him even more seeing him after a while.”

Kim Kang Woo replied, “Time flies. I was so happy when I heard that Jo Yeo Jeong would be appearing in this drama. I wondered when we’d be able to work together again. She was like a young girl back then. She’s still like a young girl now, but she’s more mature and that’s how we express it among ourselves while filming. I’m having lots of fun filming.”

“9.9 Billion Woman” gained a lot of attention after it was reported that Jo Yeo Jeong would be appearing in the drama as her follow-up project to the award-winning film “Parasite.” As for the thoughts behind her decision, Jo Yeo Jeong explained, “I portrayed a bright, innocent, and silly housewife in the film, and I wanted to try a character who was the total opposite of her. It’s a life that’s difficult for me to imagine, and I wanted to try it. I hope that people who are feeling hopeless will gain a small amount of hope seeing the process of how you don’t get mentally better or happier just because you gain a large amount of money.”

When asked if she felt burdened by the title of the drama, the actress replied, “I feel burdened about acting. Everything was always a challenge no matter what role I took on even if it wasn’t about the title. Since every moment was burdensome, I’m not really sure about the difference. I’ll do my best.” 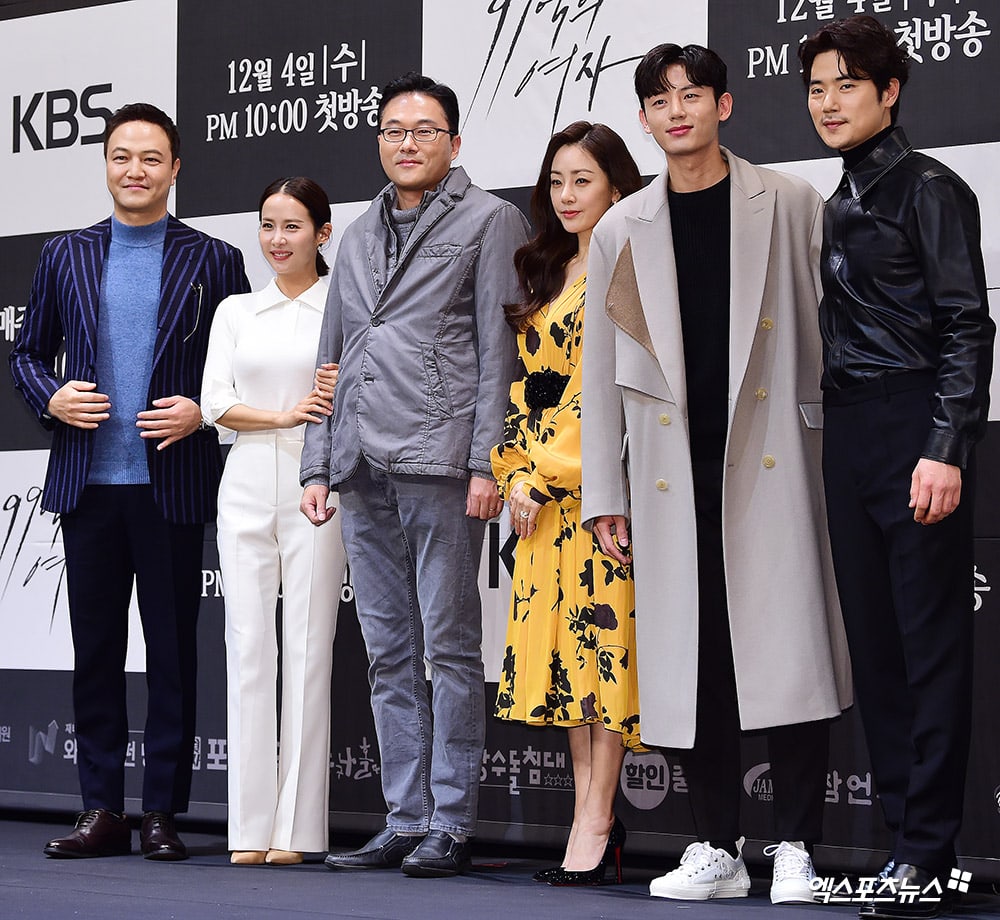 As for his evil character, he added, “What I worried about was the part where I need to really torment Jo Yeo Jeong who appears as my wife. So I think the character Seo Yeon will be portrayed well. I trust that the writer and director will do a good job portraying whether it’s obsession or love.”

Oh Na Ra and Lee Ji Hoon will also appear as a married couple in the drama. When asked if they feel their 14-year age gap in real life, Lee Ji Hoon answered, “I don’t feel it at all.” Oh Na Ra added, “We’re a couple who communicates well on set. I was so moved when he said, ‘I’m so happy I get to act with you.'”

Speaking about appearing in a follow-up drama to the popular KBS 2TV series “When the Camellia Blooms,” Jo Yeo Jeong stated, “I think it’s a really good thing that the previous project received a lot of love. I think the viewers will enjoy watching something that’s completely different and think that they’ll be able to have fun in various ways.”

“Woman of 9.9 Billion” premieres on December 4.