The official poster and trailer for “Start” (literal title) have been released!

In the main poster, Jung Hae In, Park Jung Min, Ma Dong Seok, and Yum Jung Ah sit on a rooftop of a Chinese restaurant under the words, “Fun and moving emotions will start. Vroom vroom.”

Ma Dong Seok smiles brightly while Park Jung Min sits next to him with a displeased look on his face. The two will meet as opponents and play out a bickering relationship onscreen. Jung Hae In and Yum Jung Ah also hint at their charming characters. 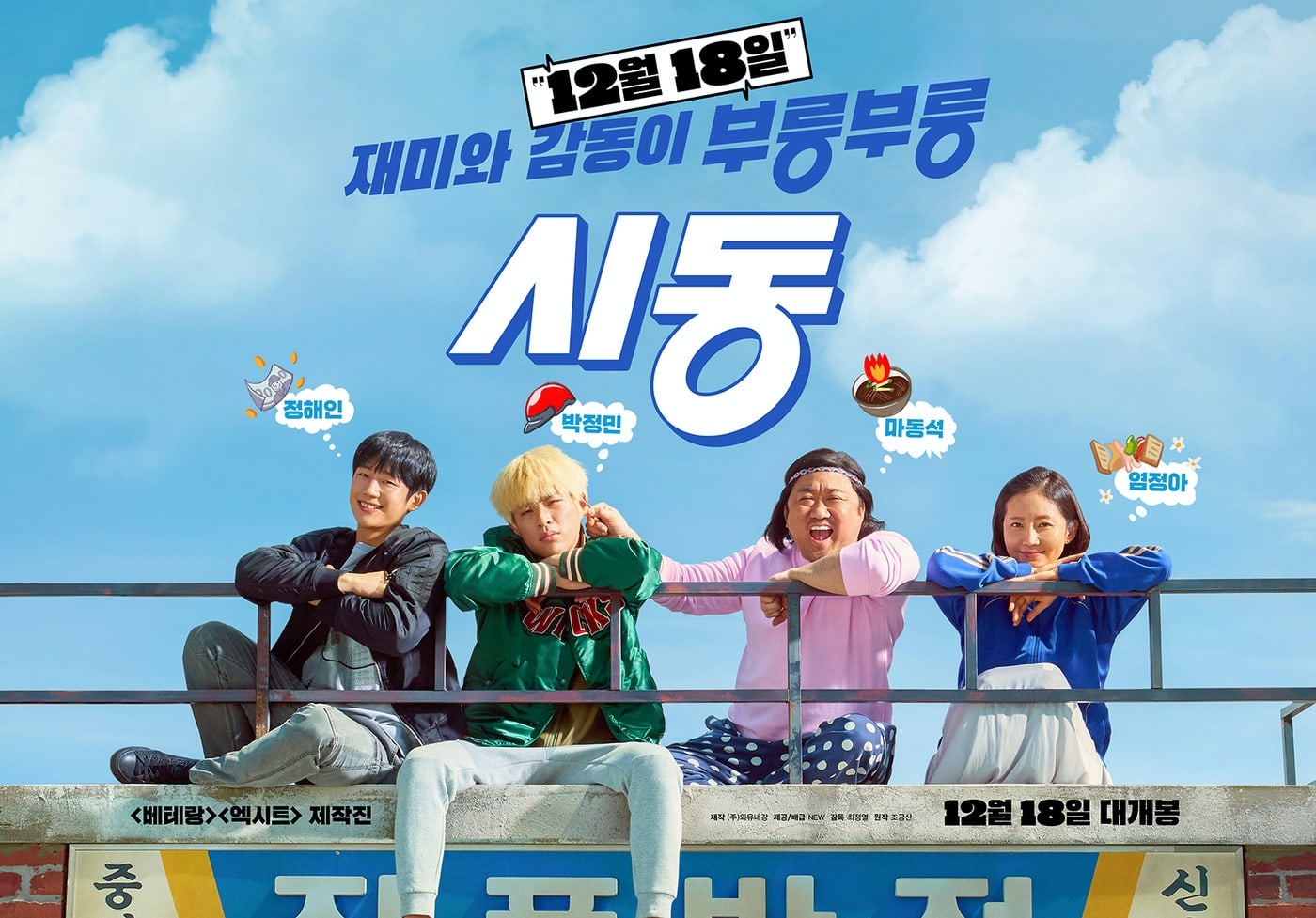 In the main trailer, viewers get a peek at Taek Il’s adventure after he leaves home on an express bus. He happens to come across a wanted ad for a delivery man at a Chinese restaurant that offers housing, which is where he meets Geo Seok for the first time in a comical encounter.

His best friend Sang Pil stays in Seoul and sets out on an adventure of his own. He tells his grandmother (Go Doo Shim) to stop peeling acorns and declares that he’s going to bring home money as he dips his toes in the finance world.

The characters experience the ups and downs of life while trying to survive in the real world, propelled by love from family and friends.

“Start” premieres on December 18. Watch the trailer below: