If you’re a fan of Bai Lu and Xu Kai from “The Legends,” then you have to check out “Arsenal Military Academy.” The two are paired up once again and it’s a definite must-watch!

The drama is set during the Republican era and focuses on Xie Xiang (Bai Lu), who joins the military academy in place of her older brother, Xie Liang Chen, by pretending to be a man. She becomes classmates with the wealthy Gu Yan Zhen (Xu Kai) and Shen Jun Shan (Li Cheng Bin) and the two men end up falling in love with her. Through their harsh and rigorous training, Xie Xiang forms a strong bond with her comrades and earns the respect from her fellow peers and superiors, all while trying to keep her real identity hidden. The Japanese military forces continue to invade China, and our young heroes use their skills to fight the enemy.

If that doesn’t sound intriguing enough, check out these top reasons why you need to start watching “Arsenal Military Academy” below. 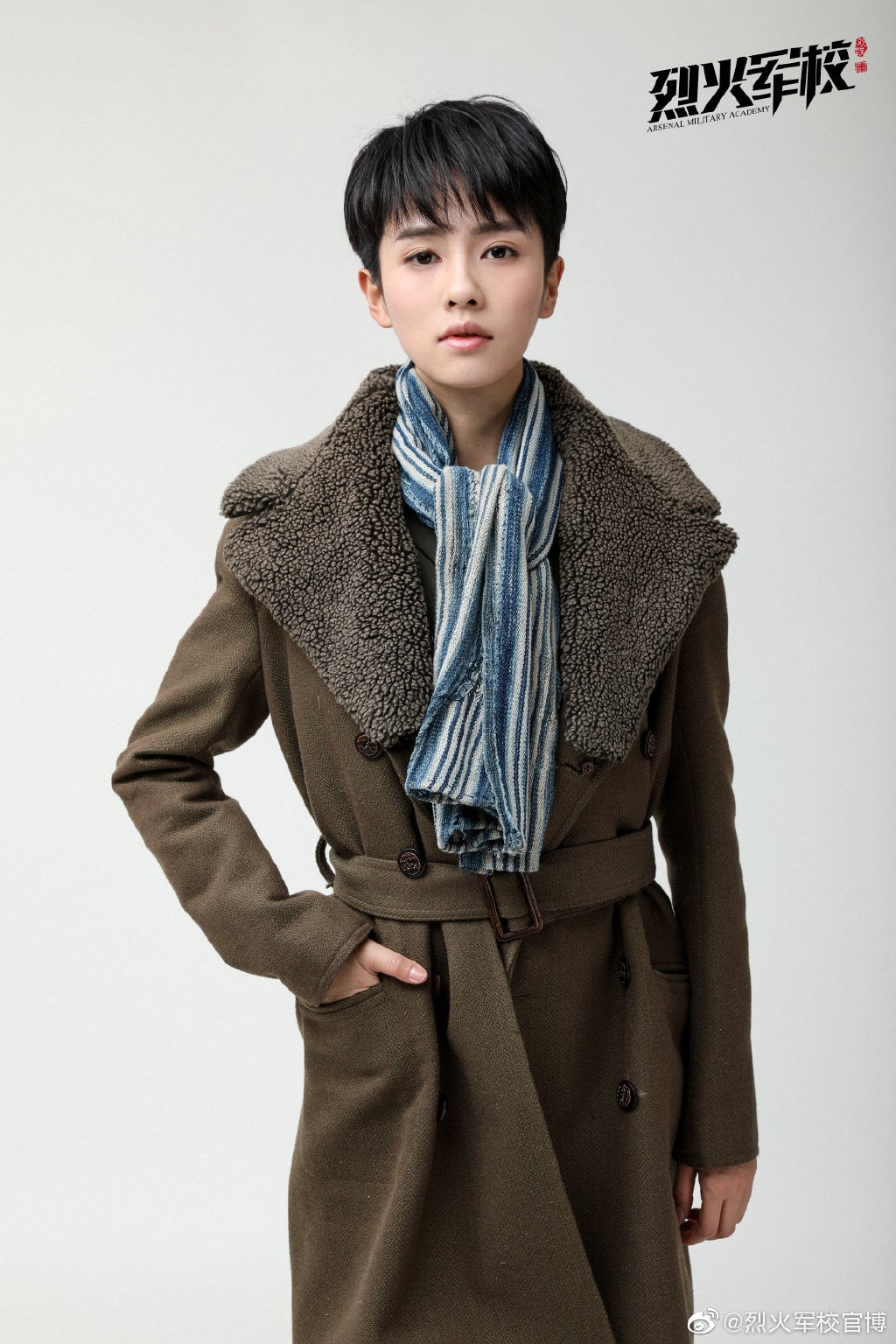 If you’re a fan of Mulan, you will love Xie Xiang. She is the exact opposite of a typical timid and weak female lead. Xie Xiang is independent, brave, and incredibly smart. She isn’t your damsel in distress type of character who needs a man to save or protect her. When dangerous situations arise, she throws herself into the action with her gun and is fighting. Even though she is physically weaker than her fellow male classmates, over time, she hones her combat skills and utilizes her speed to surpass her fellow peers and earns their respect. She is seriously so impressive and cool!

Her reason for joining the military academy is very moving, as she did it to help fulfill her brother Xie Liang Chen’s dream. Gradually it became her own dream, which is to protect their country. Through her time at the academy, you see the many great sides of Xie Xiang; her unwavering loyalty, dedication, and fearlessness when it comes to protecting her friends and fellow comrades. 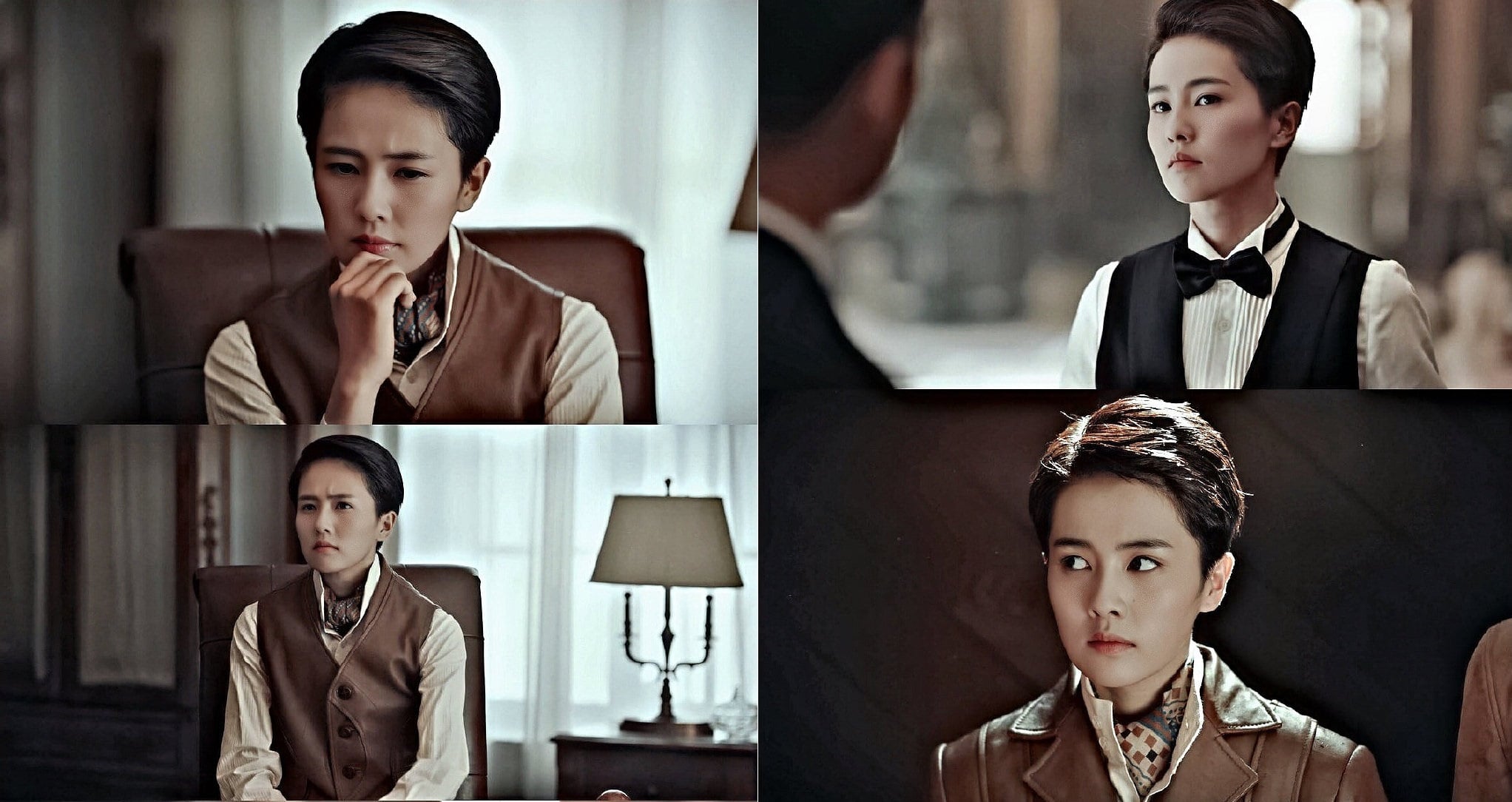 Bai Lu does such a wonderful job in her role as Xie Liang Chen/Xie Xiang. Despite being physically smaller and skinnier than her male comrades, it doesn’t feel like she is pretending to be a man. Instead, she embodies the mannerisms of a cool and confident young man. Bai Lu looks really handsome as a guy and she rocks the short hair so well. Adding on the stylish outfits, making her look dapper and gentlemanly. 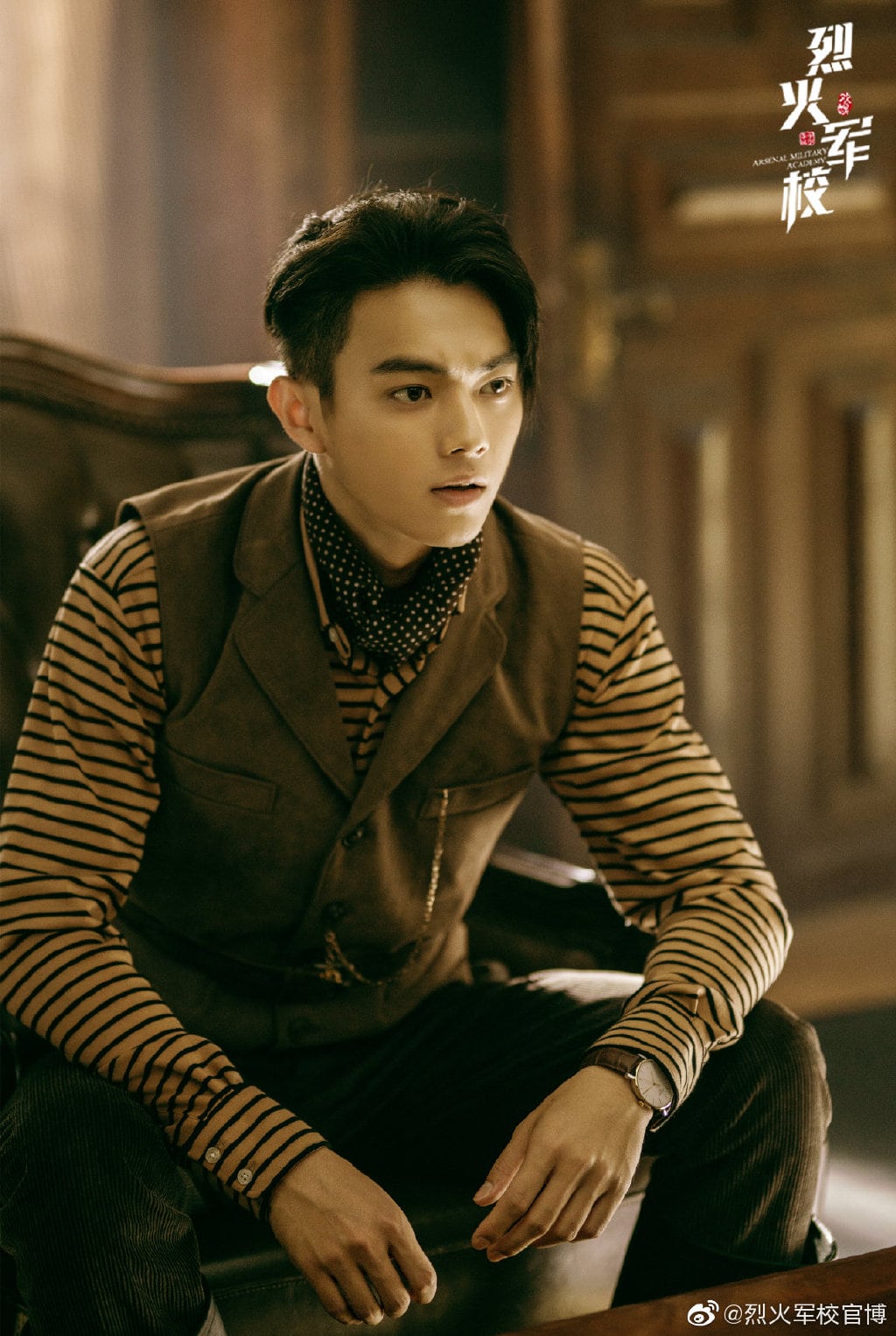 If someone had to describe Gu Yan Zhen in just a few words, they’d probably say he is ridiculously hot and super hilarious. Gu Yan Zhen is roommates with Xie Xiang and he discovers early on that Xie Xiang is female. Just like his character from “The Legends,” he falls in love with Xie Xiang first and tries to protect her identity and keep her from danger. Gu Yan Zhen provides great comic relief to help viewers take a break from deeply serious moments of intense action, conspiracies, and scheming plots due to the ongoing war.

Just like Xie Xiang, Gu Yan Zhen is loyal, smart, handsome, and charming. However, on the flip side, he’s also childish, mischievous, and overconfident. At times, he is really over-the-top but in the funniest way. He grows from a childish, lazy, and immature boy to becoming a mature, patriotic man determined to protect the people he loves.

My favorite moments are definitely when Gu Yan Zhen actively and openly pursues Xie Xiang. It is hilarious because the others do not know Xie Xiang is a girl and Xie Xiang does not know that Gu Yan Zhen knows her real identity. His actions all around make everyone super uncomfortable in the most entertaining way.

Xu Kai is great in his portrayal of Gu Yan Zhen, showing off the arrogant, flirty, goofy, loving, sexy, dedicated, and hilarious sides to his character. It is a big contrast to his character Mo Qing in “The Legends,” who is shy, introverted, and overall a more serious character. And Xu Kai’s strongest point is his expressive eyes. The intensity in his eyes can convey so many emotions without him even speaking and it can draw and hold viewers’ attention to the screen. Fans of the drama will know that Xu Kai’s little blinks and winks are truly iconic. 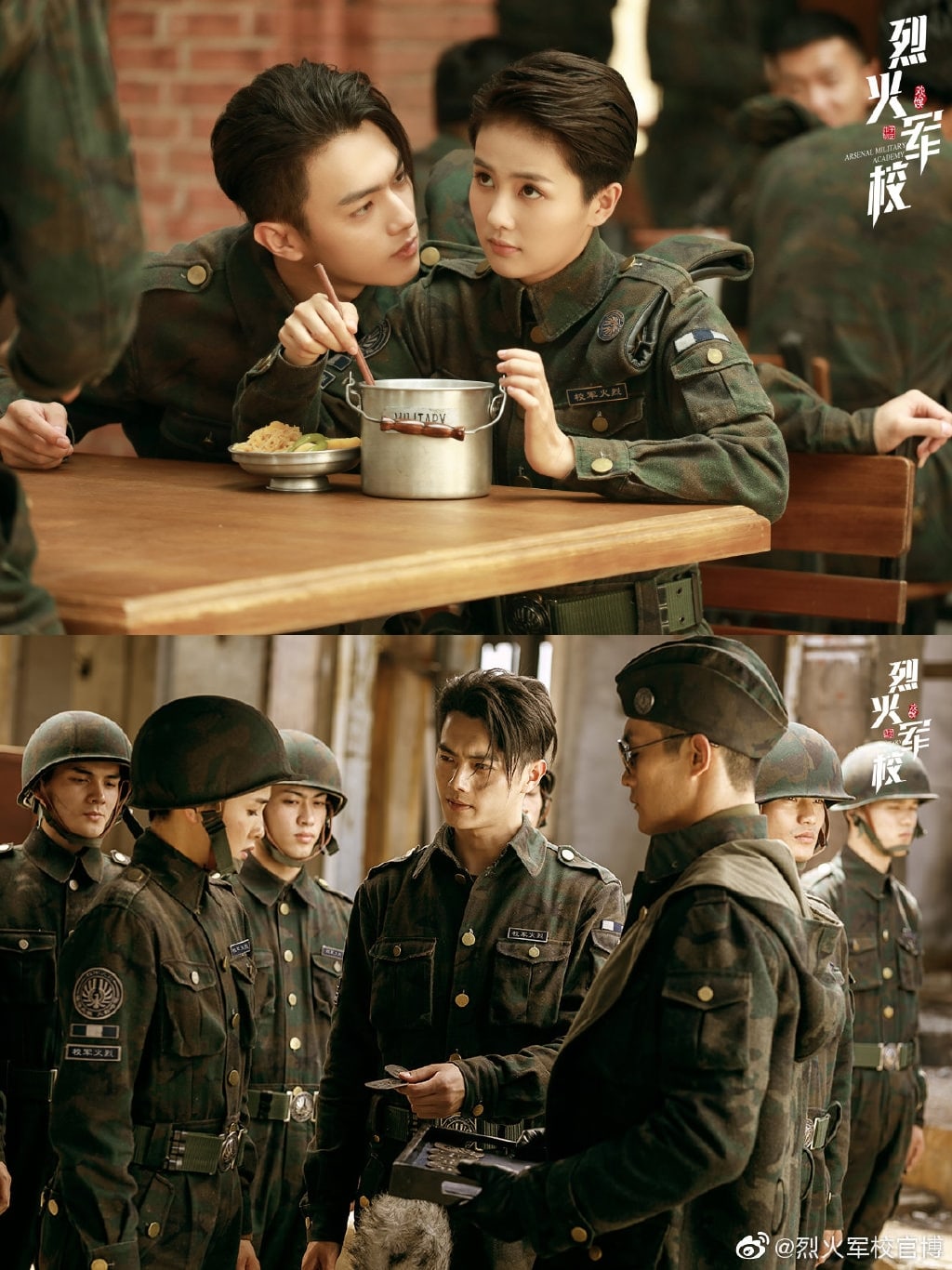 Our OTP’s love story is a slow burn and the small and sweet romantic moments are intricately intertwined in the drama, making it almost unnoticeable. Xie Xiang and Gu Yan Zhen start off as roommates and comrades who experience many life and death situations together, from their harsh training to participating in dangerous missions. Their relationship and romance are built upon the foundation of camaraderie and friendship as they work as a team in politically turbulent times. Through those experiences, they become stronger together and it further emphasizes how much they love and care for each other. Their low-key romance will make you laugh, cry, and at times, make you cringe from embarrassment.

Although romance is not the main focus of the drama, it does not dampen the incredible chemistry between Xu Kai and Bai Lu. They are both so captivating to watch when they are onscreen together.

My favorite moments are their bickering and nagging, along with Gu Yan Zhen’s over-protectiveness. Whether intentional or not, you start to notice they both have similar mannerisms and facial expressions. If you’ve ever watched Xu Kai and Bai Lu in other dramas, you would feel their level of chemistry and flow is just on a different level compared to them working with other costars. They simply draw out the best in each others’ acting. It’s a testament to their acting skills in breathing life into their characters as Xie Xiang and Gu Yan Zhen and it is further emphasized as their characters are a stark contrast to their roles in “The Legends.” In both dramas, you believe in their love and devotion. 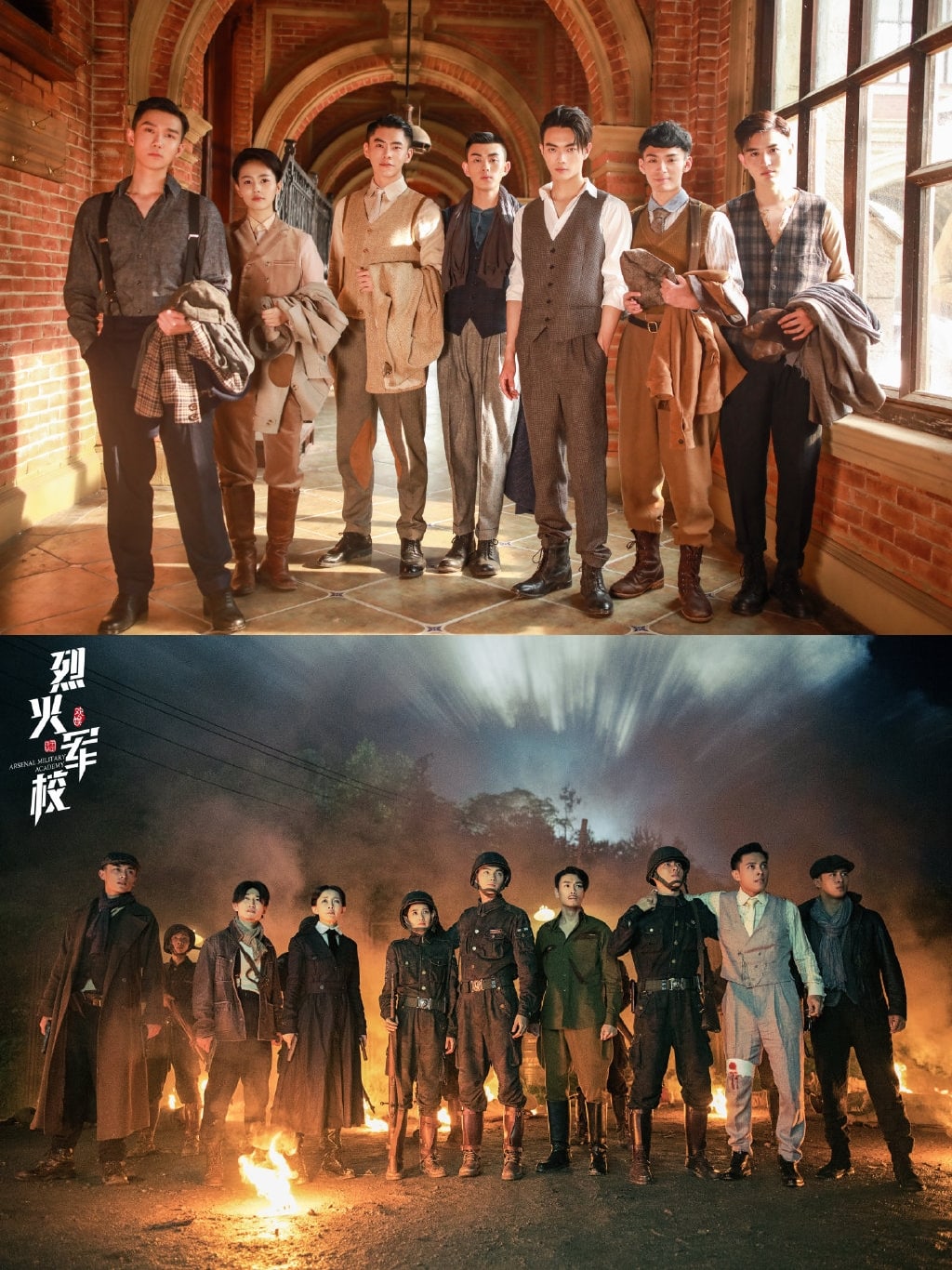 “Arsenal Military Academy” features a wonderful supporting cast. You will develop a deep affection for all the supporting characters, from the students at the military academy, the instructors, Xie Xiang’s friends, and even the love rivals. The characters are endearing and well developed with their own interesting backgrounds and stories.

There’s Li Wen Zhong’s growth from being a self-entitled bully to becoming a real self-sacrificing soldier as well as Shen Ting Bai’s (Hong Yao) love and devotion towards Qu Man Ting (Wu Jia Yi), who is also a strong independent woman who defies the traditional norms expected of her. 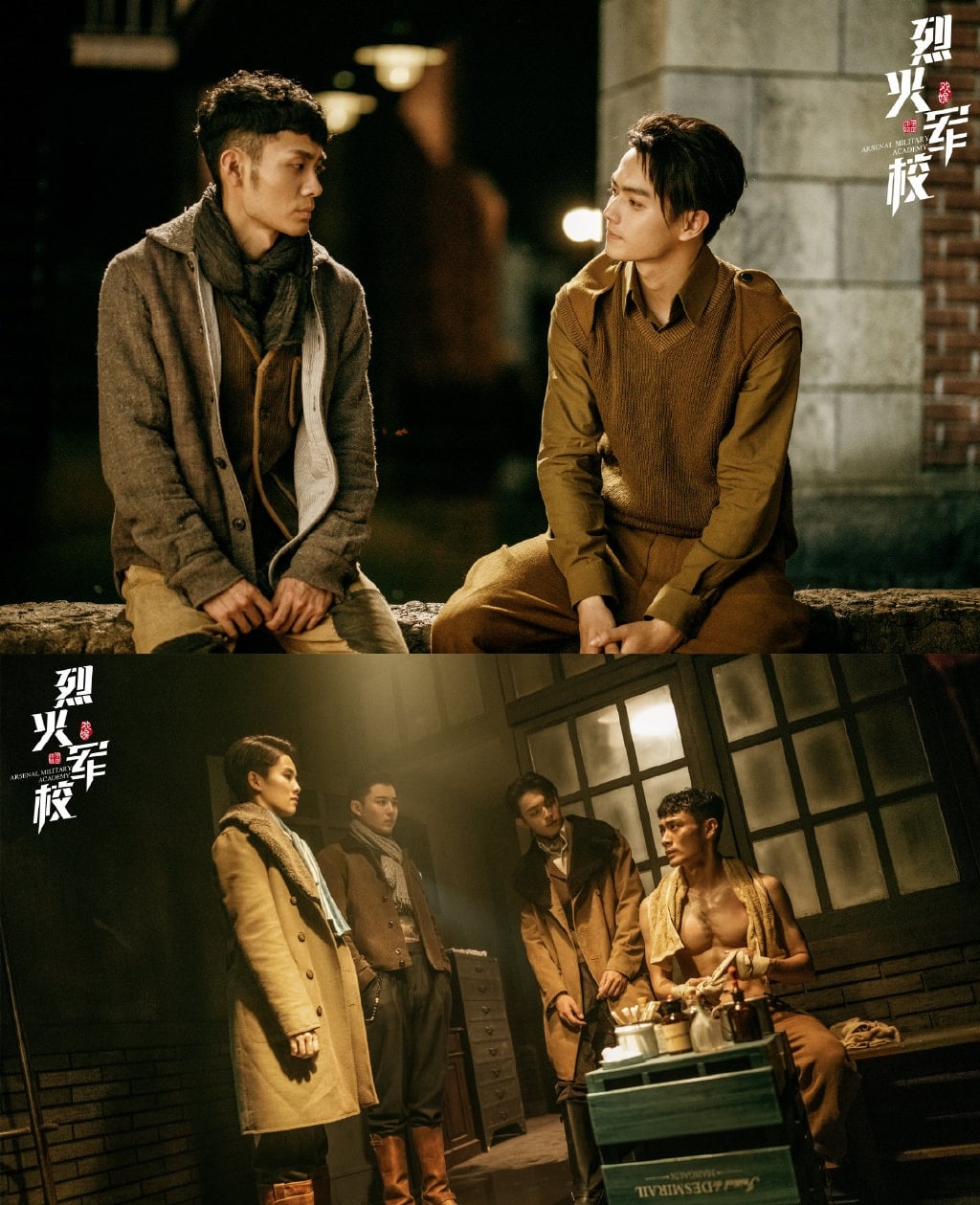 My favorite supporting character would be Huang Song, played by Liu Si Bo. His friendship with Xie Xiang is endearing, as they were the first to hit it off and become best friends when they first entered the academy. Huang Song is always so sweet and kind to everyone and his secret crush on Xie Xiang when she was dressed as a girl is so adorable. Even more unexpected is the strong friendship developed between Huang Song and Gu Yan Zhen. Huang Song is a country bumpkin who is honest and naive, a direct contrast with the rich and mischievous playboy Gu Yan Zhen. Despite their differences in personalities, they often confide and support each other in many ways.

The drama does a fantastic job of showcasing the lives and character development of each person, in particular emphasizing friendship, brotherhood, and loyalty. This is one C-drama that you don’t want to miss!