The stills show Namgoong Min, Park Eun Bin, Jo Byeong Gyu, Lee Joon Hyuk, Kim Soo Jin, Kim Do Hyun, and Park Jin Woo gathered together as Namgoong Min makes his first presentation as the new team manager. The staff have their guard up as Baek Seung Su, who is known to bring wins to every sports team he manages, presents his new strategy. 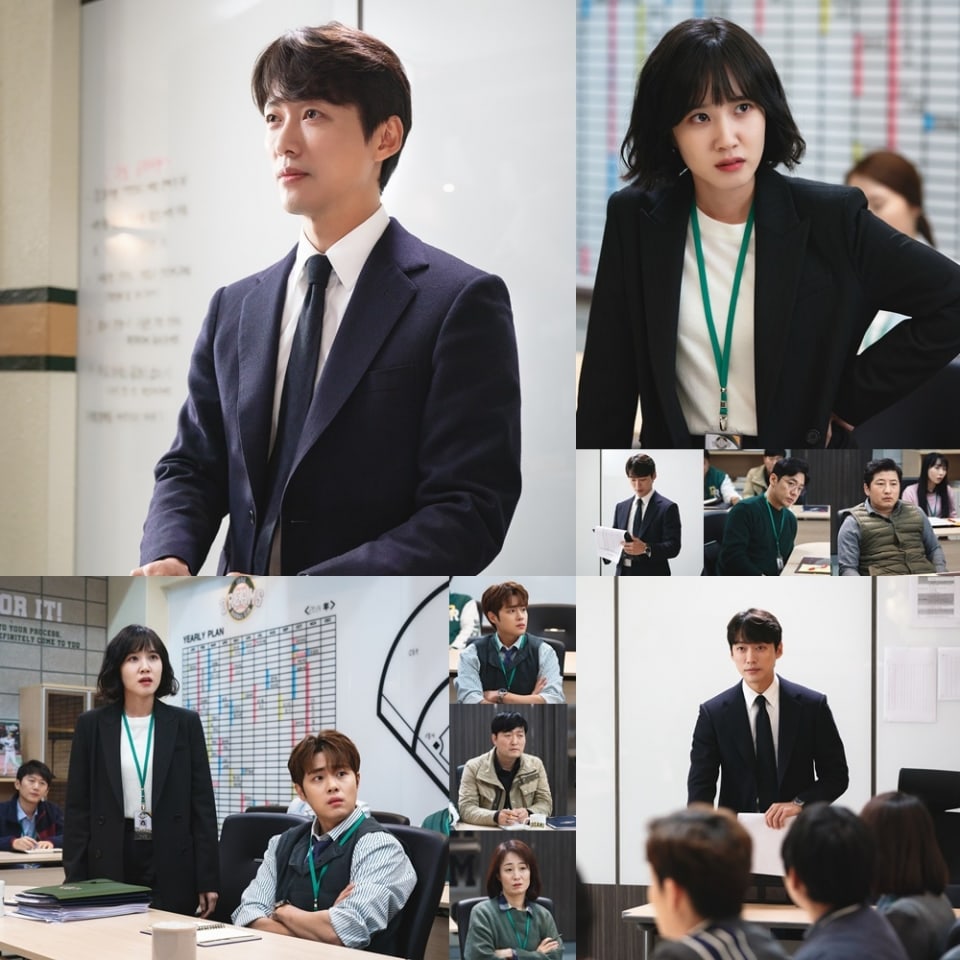 After eloquently presenting his data analysis with a cold expression, Baek Seung Su smiles with confidence. On the other hand, the passionate team manager Lee Se Young expresses contrasting and complex feelings. In the still, Lee Se Young is standing up with her hands on her hips. Han Jae Hee has his arms crossed with a serious look and Go Se Hyuk shows his frustrations with a sigh. Im Mi Sun holds an expression of bewilderment, while Yoo Kyung Taek looks around and Park Ji Hoon shows his irritation. All seem to be ready to confront Baek Seung Su. Attention is focused on whether Baek Seung Su will be able to make the team winners with the guarded and defiant staff.

The intense scene of the team manager’s first presentation was filmed in Paju, Gyeonggi Province in November. Despite the serious atmosphere of the scene, the cast entered the site and greeted each other with bright smiles and expressions. Filming started cheerfully thanks to actor Lee Joon Hyuk’s witty jokes and humor. The actors were considerate of each other, making the shoot go smoothly. And unlike the guarded Dreams’ staff, the cast showcased great teamwork and successfully completed filming.