Park Ji Hoon is back with his first solo comeback!

On December 4, the idol held a showcase for the release of his second mini album “360 Degrees” at Yonsei University’s Shinchon campus.

“The work for the album overlapped with my appearance in ‘Flower Crew: Joseon Marriage Dynasty,’ but it wasn’t tiring,” began Park Ji Hoon. “It’s because I focused on the drama to the point where I didn’t think that I was an idol singer. I wanted to quickly promote my album. I’m happy. I want to meet my fans soon.”

Park Ji Hoon’s title track “360” has three concepts: his innocence at 0 degrees, youth at 180 degrees, and professional side as an artist at 360 degrees. He explained, “I researched a lot because I wanted to show my musical development. I tried to capture all of the parts of me that fans like. My opinion was also reflected in the MV where I perform on the water. I’m glad that I look good when seeing it in 360 degrees.”

His title track talks about the spotlight on Park Ji Hoon and his confidence. “Please focus on my tone,” he said. “It’s a melody that’s easy to sing along to, so it’ll be easy to become familiar with it.” Showing a part of the choreography, he added, “The choreography where I express three, six, and zero is both the main point and killing part of the song.” 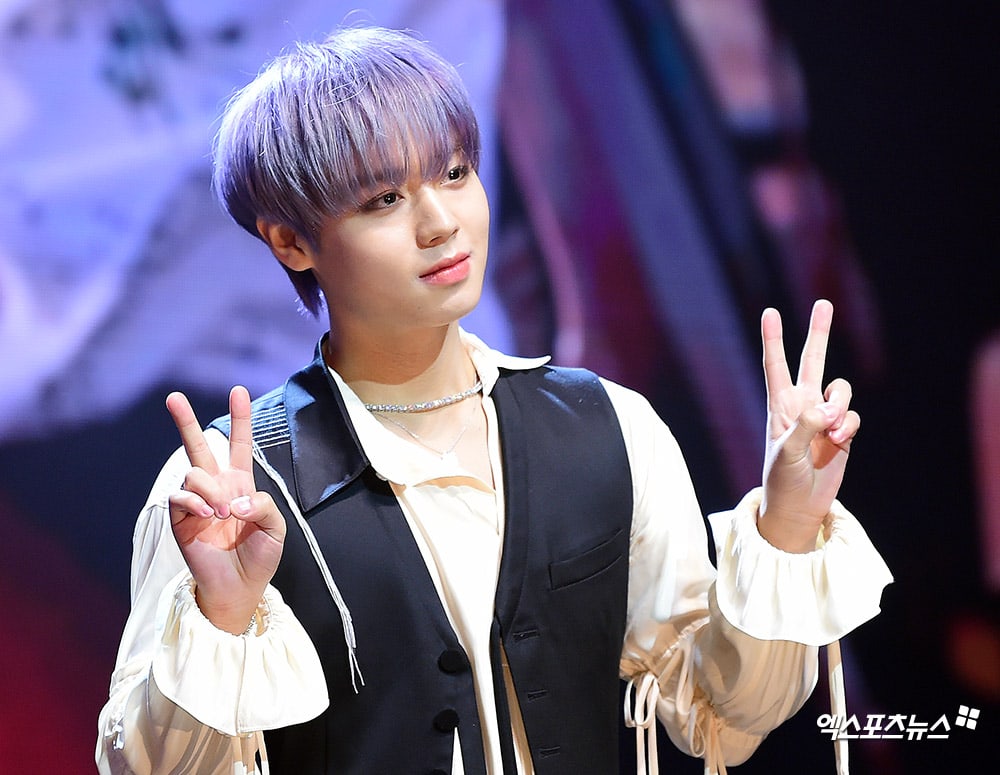 Park Ji Hoon held his showcase on the same day the 2019 Mnet Asian Music Awards was held in Nagoya. When asked if he felt sad not being a nominee this year, he replied, “It’s a good opportunity just to be promoting. I don’t feel upset. The process is more important than the result. Instead of the result or goal, please look forward to my future promotions.” Park Ji Hoon also did not give a response to questions about the vote manipulation controversy of the “Produce 101” series.

Former Wanna One member Kim Jae Hwan co-wrote the lyrics for Park Ji Hoon’s b-side track “Strange.” “It feels new receiving a song from people I know,” he said. “It feels weird when I’m being directed. I’m happy we can communicate through music.”

Comparing this to his experience working with AB6IX’s Lee Dae Hwi for his b-side track “Young 20” from his first mini album “O’CLOCK,” Park Ji Hoon added, “Every artist has his own style. Lee Dae Hwi requests something that’s more distinct. I’m happy that I could include Lee Dae Hwi and Kim Jae Hwan’s songs in my album.”