On December 5, Gaon Chart announced that both artists had each topped two separate charts for the week of November 24 to 30.

Congratulations to both EXO and IU! 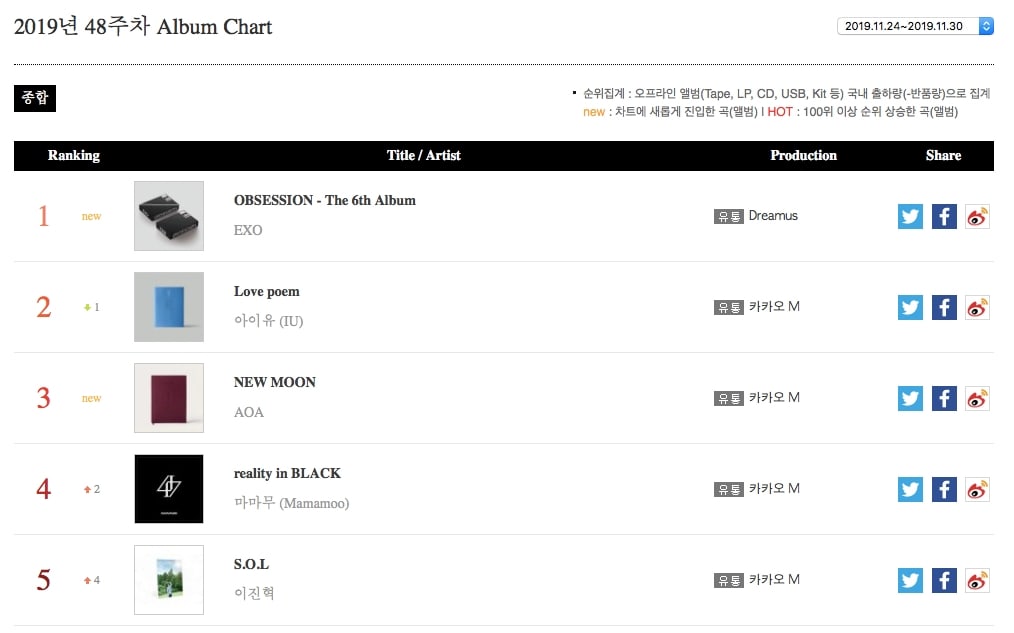 The top five songs on the overall digital chart and the streaming chart were exactly the same this week: IU’s “Blueming” maintained its position at the top of both charts, followed by Noel’s “Late Night” at No. 2, IU’s “Love Poem” at No. 3, and MAMAMOO’s “HIP” at No. 4. Finally, Idina Menzel and AURORA’s “Into the Unknown” (from the soundtrack of “Frozen 2”) rounded out the top five on both charts. 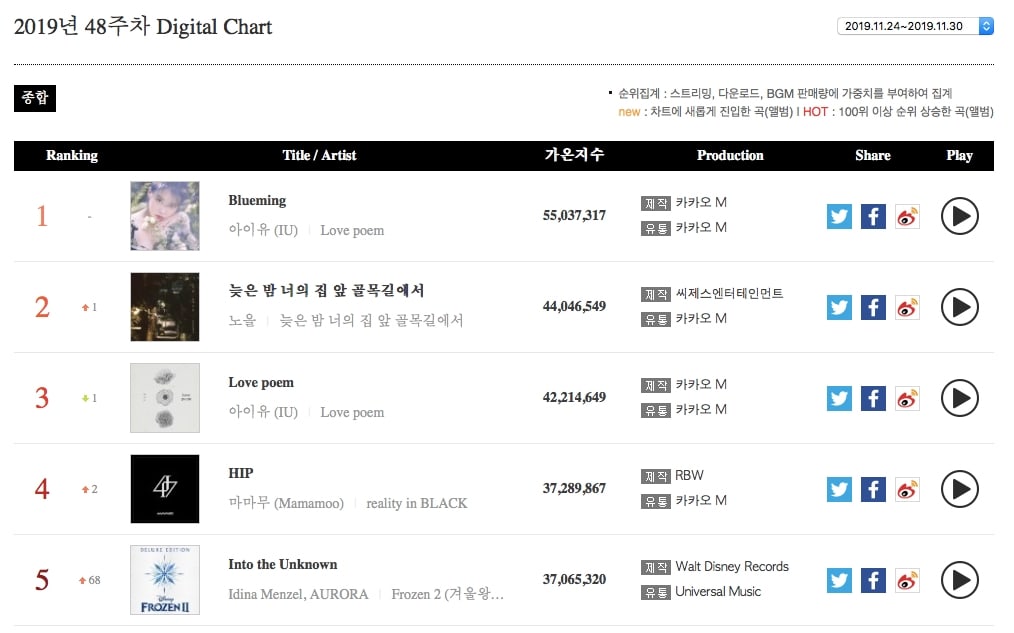 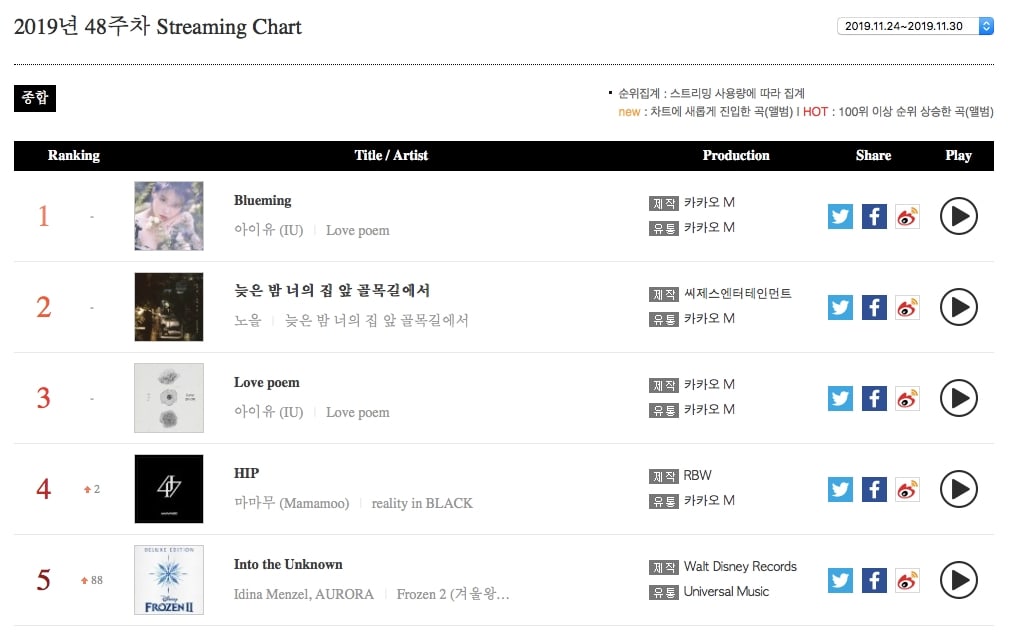 EXO’s new title track “Obsession” debuted at the top of this week’s digital download chart. Two songs from the “Frozen 2” soundtrack made it into the top five: “Into the Unknown” and “Show Yourself” charted at No. 2 and No. 5 respectively. IU’s “Blueming” came in at No. 3 for the week, while Kang Daniel’s new title track “TOUCHIN’” debuted at No. 4. 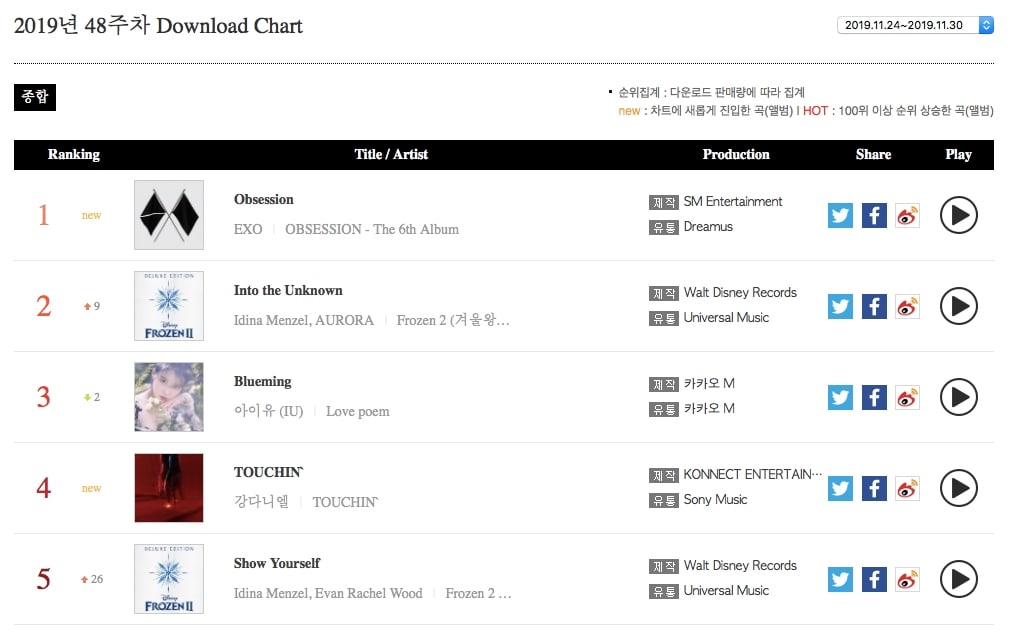 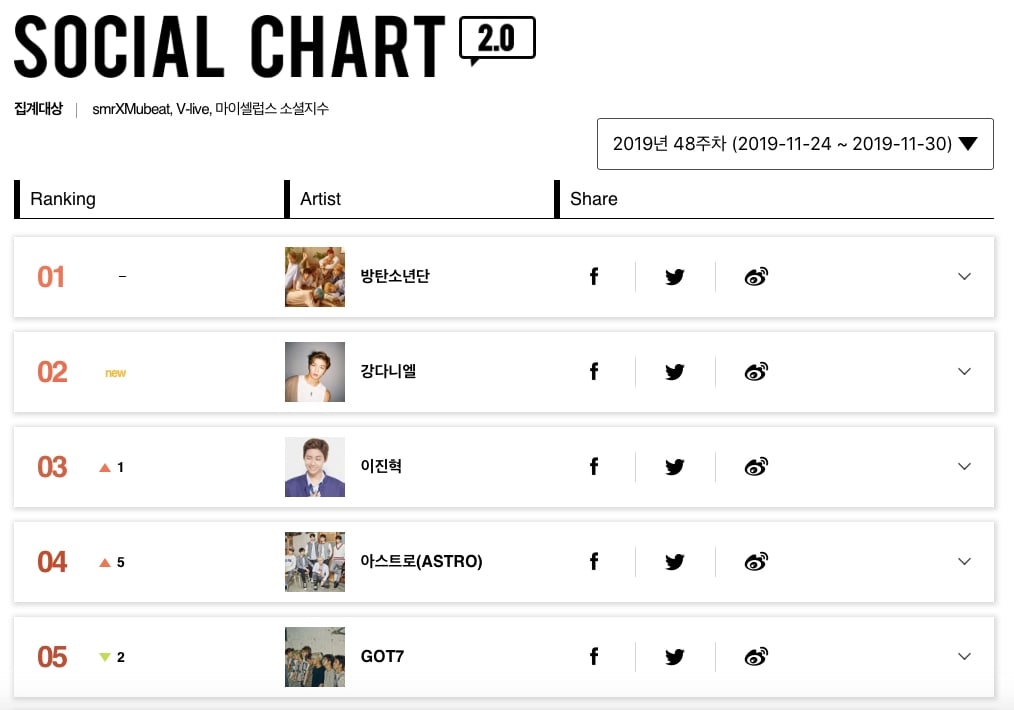