Can Yoon Kye Sang and Ha Ji Won’s characters continue their relationship by overcoming misunderstandings and conflicts in the new drama “Chocolate”?

“Chocolate” is about the love story that unfolds between Lee Kang, a cold and emotionally closed-off neurosurgeon (played by Yoon Kye Sang), and Moon Cha Young, a warm and compassionate chef (played by Ha Ji Won). After reuniting at a hospice, the two slowly begin to heal each other’s wounds through cooking.

On December 5, the drama released stills of the two lead characters after their complicated reunion.

First off, Lee Kang and Moon Cha Young are having a date at the movie theater. Lee Kang fell asleep with his head on Moon Cha Young’s shoulder. However, in the next photo, the two of them face each other in a very different atmosphere. Moon Cha Young seems determined to leave, and Lee Kang gazes at her with cold eyes as he blocks her. Moon Cha Young, who has no intention of changing her mind, also looks at Lee Kang with a firm expression. 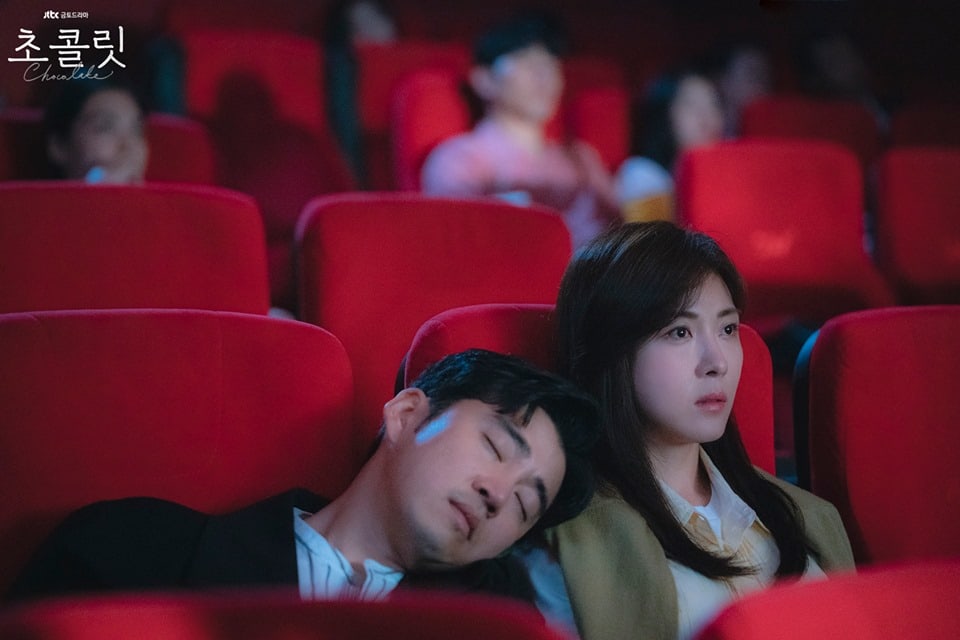 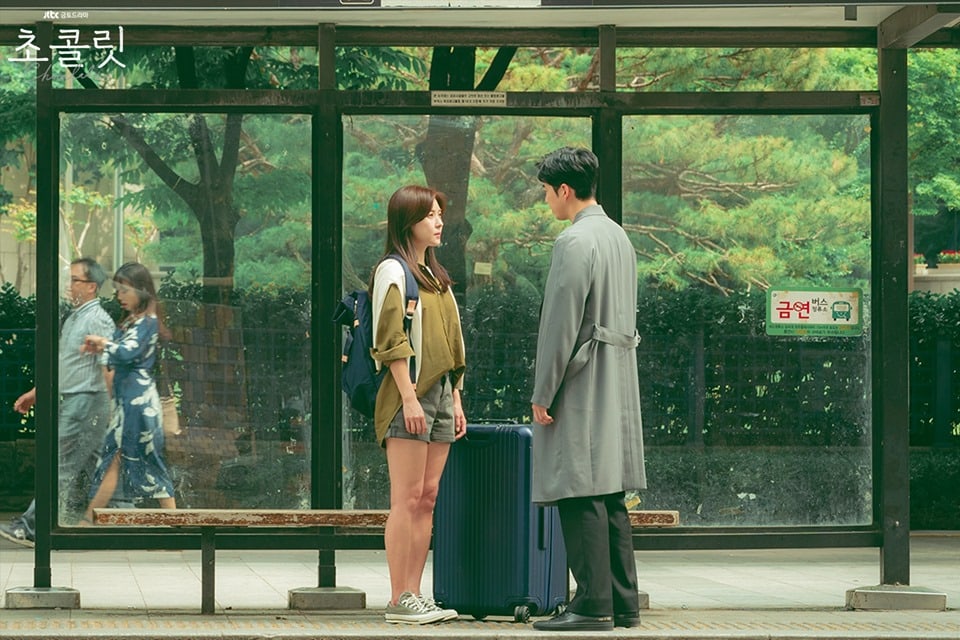 Lee Kang and Moon Cha Young met when they were children. Moon Cha Young recognized her first love Lee Kang, “Peter Pan,” right away, but Lee Kang didn’t remember her. She assumed he had died in the explosion in Libya, so she became lovers with Lee Kang’s best friend Kwon Min Sung (Yoo Teo). However, she became confused about her feelings after Lee Kang returned and she left for Greece. Later on, Lee Kang also headed to Greece to fulfill Kwon Min Sung’s last wish. Viewers are already curious about the development of Lee Kang and Moon Cha Young’s relationship.

The production crew said, “There are still unveiled stories in the long-established connection between Lee Kang and Moon Cha Young. The third episode will contain the deepening emotions of the pair as well as their individual hidden stories. Please watch to see the changes in their relationship who were reunited amid the misunderstanding.”