“Don’t be afraid. There’s no right answer in fashion.” This is what G-Dragon, a.k.a. Kwon Jiyoung, simply said when he was asked about his rebellious trendsetting style. Over the years, he has become a huge figure in K-pop as a composer, leader of BIGBANG, and style icon — and he remains unbeatable. It’s no wonder why in 2017, the Business of Fashion named G-Dragon as one of the “500 People Shaping the Global Fashion Industry.”

G-Dragon’s influence has reached often impenetrable fashion circles around the world, forging friendships with the creative directors of Balmain, Louis Vuitton, Givenchy, Thom Browne, among many others, and he had a close working relationship with one of the most acclaimed designers of our time – Karl Lagerfeld of Chanel.

With his long-awaited comeback after his discharge from military service, G-Dragon wasted no time in sharing his passion for fashion: he collaborated with Nike to include his personal artwork in Nike Air Force 1 “Para-noise,” which has instantly become yet another hot-selling item in Korea and beyond. He’s had countless unforgettable styles that one post will not be enough, but I tried my best to highlight some of his standout looks as we wait for his return on stage.

One of G-Dragon’s favorite items — and he’s possibly the only one who can pull it off — is the big, fluffy hat that has become the main highlight of his many outfits. He made it look effortlessly cool despite the big size of the hat and regardless of what style he wore it with. 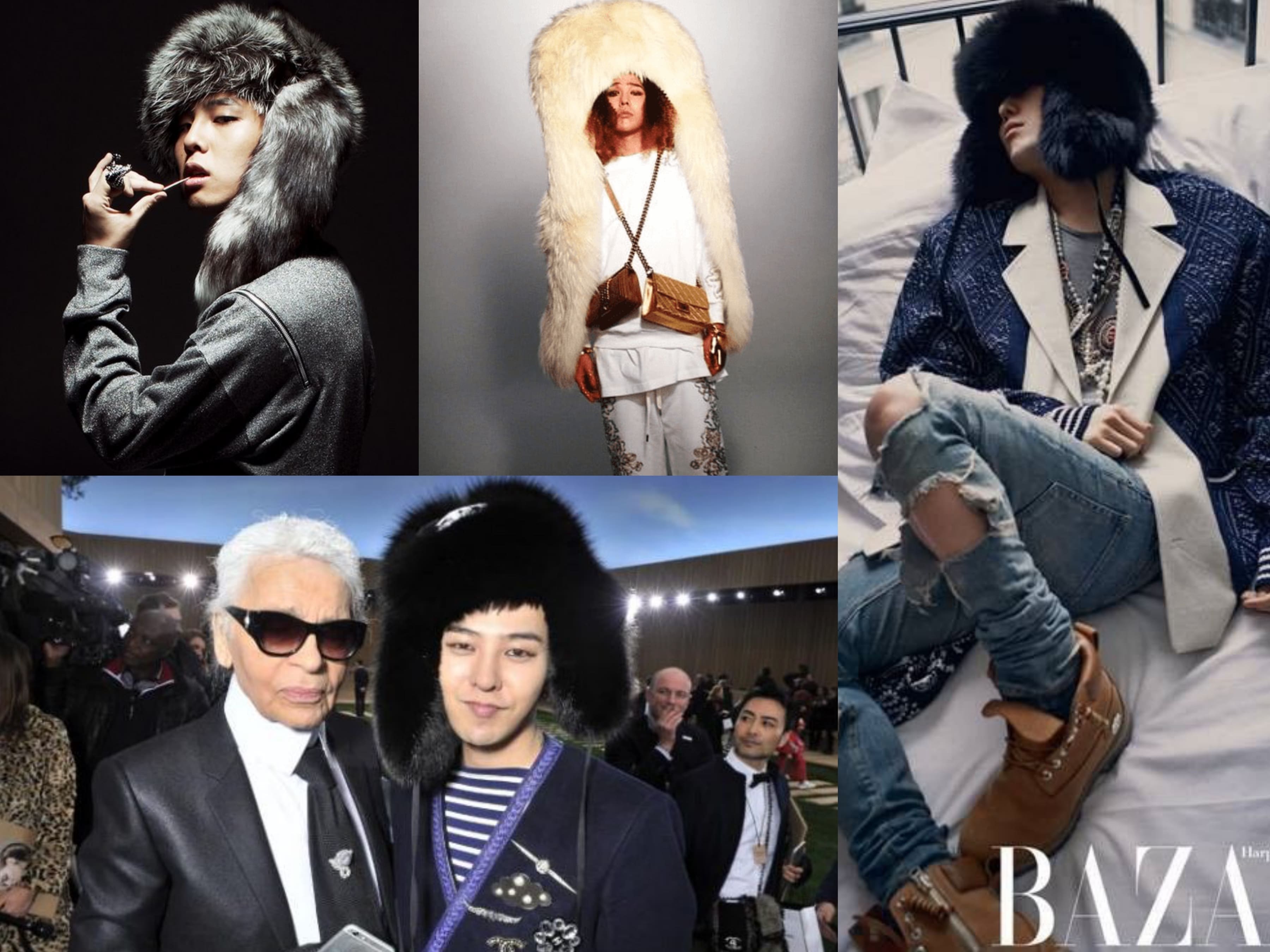 G-Dragon experiments with a lot of styles, but one common theme that he often explores is a dramatic, edgy, and dark look that brings out his moody, mysterious side. 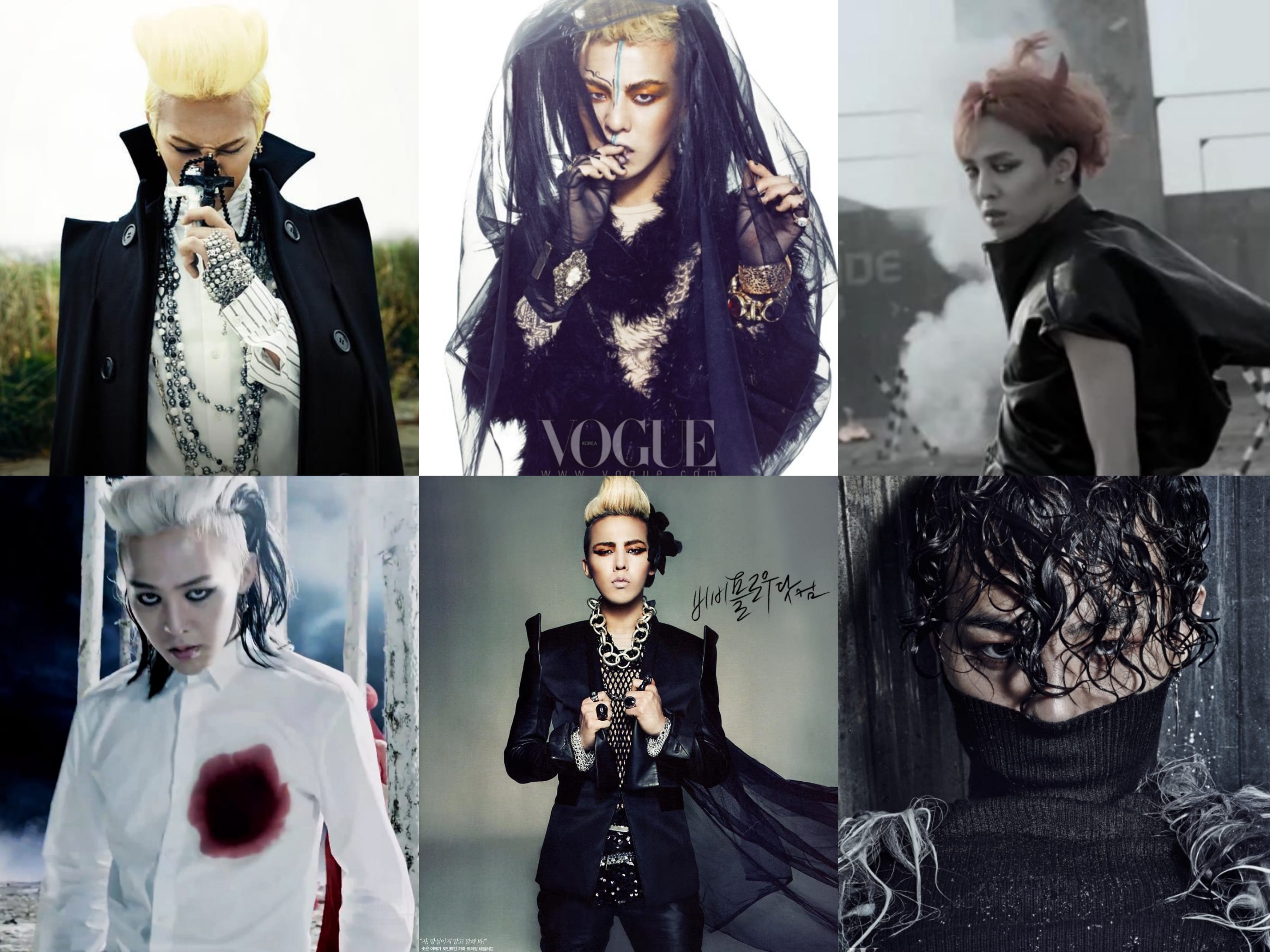 Military-inspired concepts in clothing is nothing new, as this utilitarian wear can be seen on stage performances or in everyday looks everywhere. But G-Dragon gave it his own flair by mixing it in street wear and his signature unique styling. 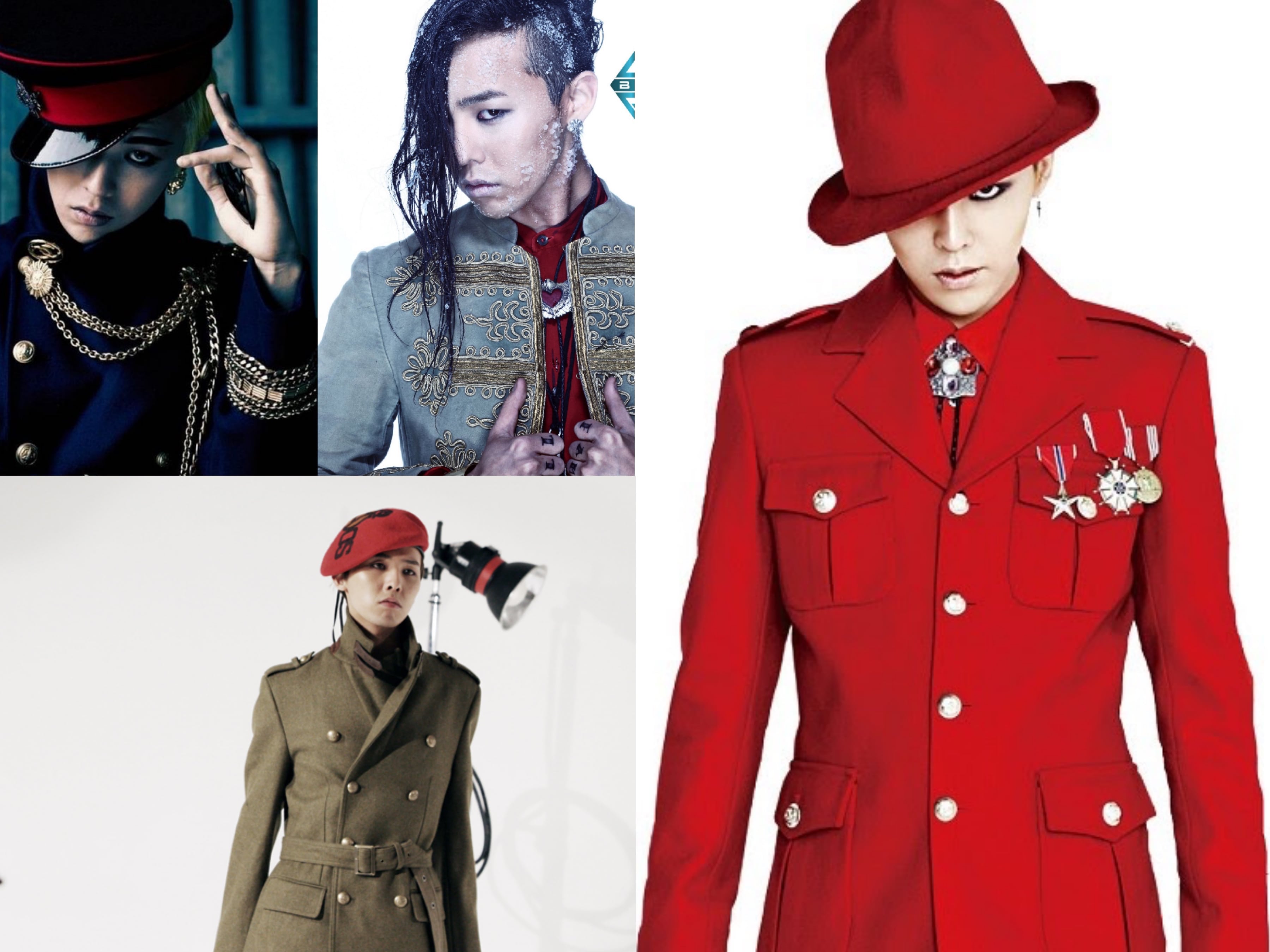 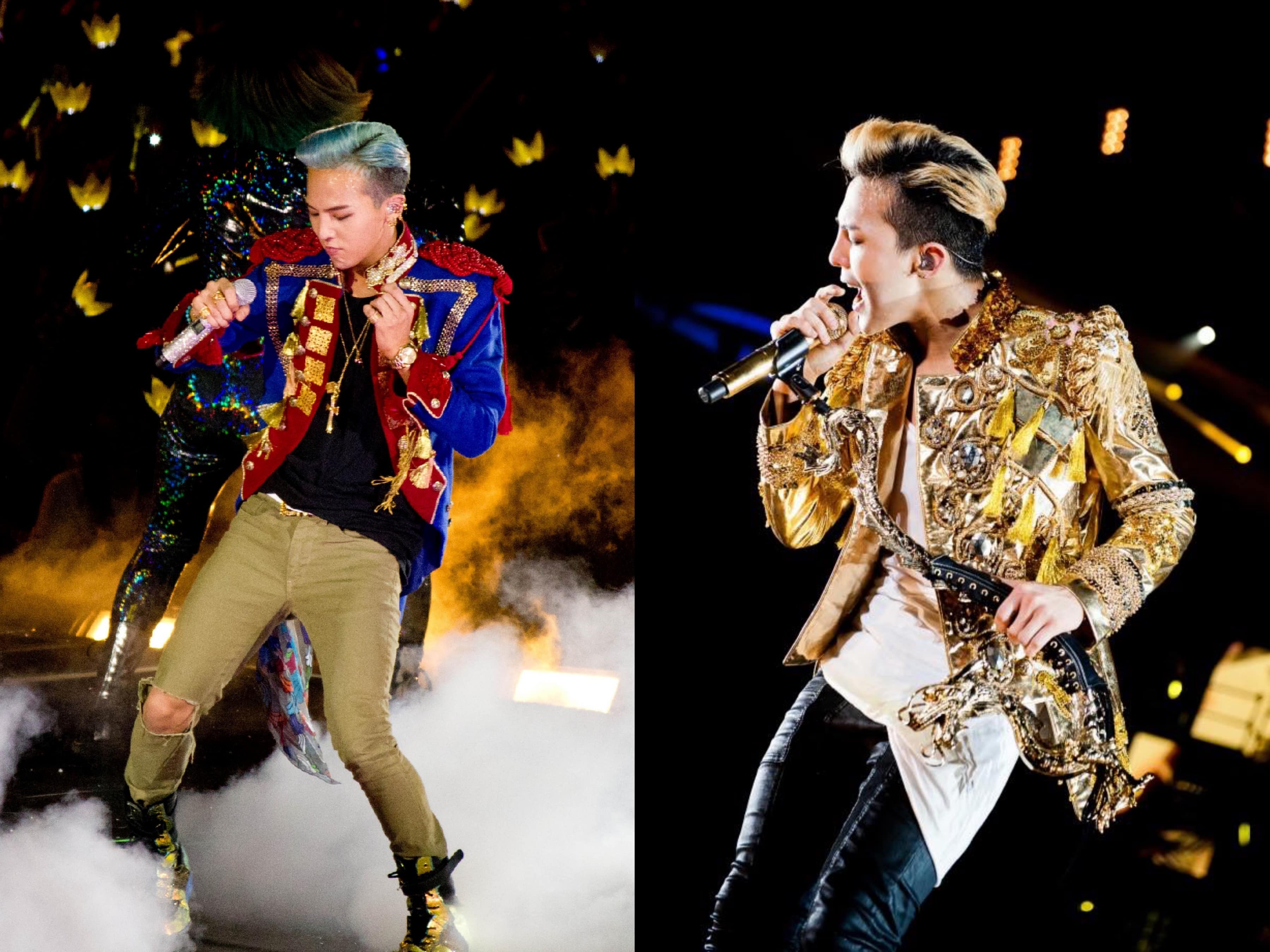 During his “Crooked” and “Crayon” era, G-Dragon wore a rock punk look that he combined with colorful pop elements. This style is an extension of his music’s themes of going against the grain, finding oneself, being carefree, and not caring about what others think. 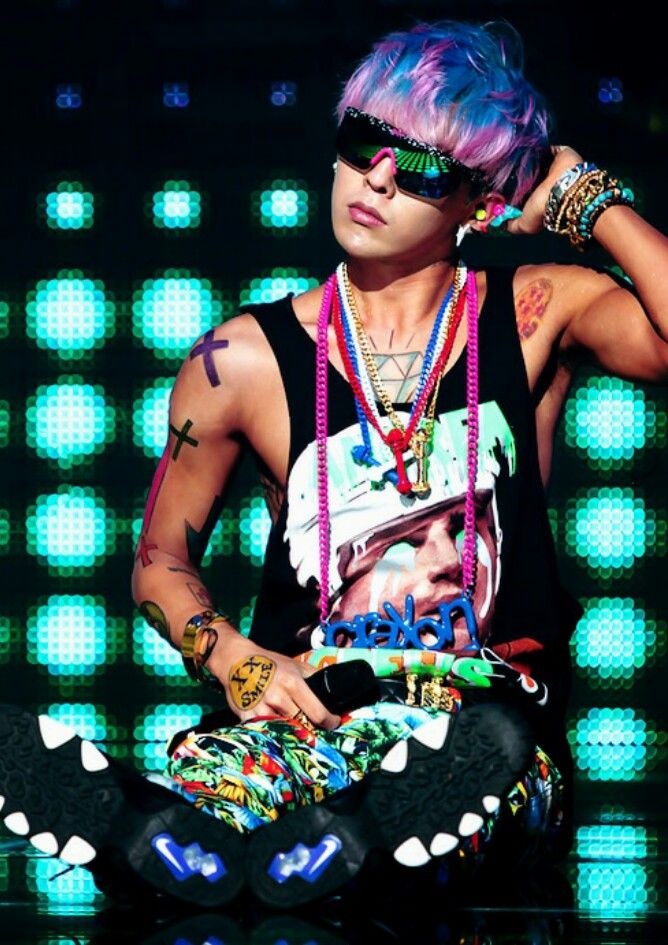 As if G-Dragon’s mega presence and charisma aren’t already blinding enough, he shines with sequined suits and metallic outfits that look great on him onstage as well as off. 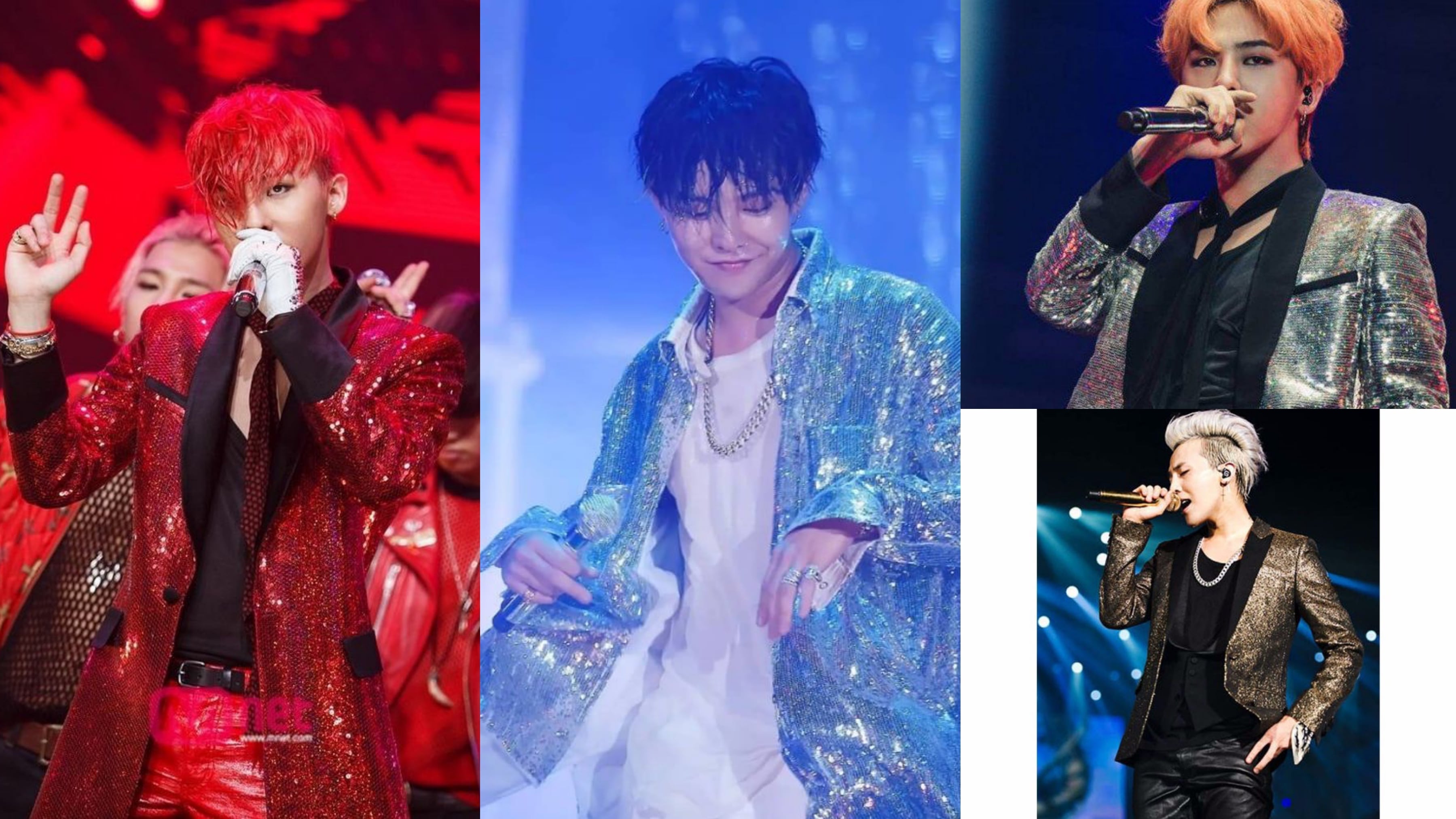 K-pop style is always defined by how multi-colored it is, but G-Dragon takes this to another level by not only mixing bright hues but also wearing different textures, accessories, and hairstyles that both clash and complement his looks. 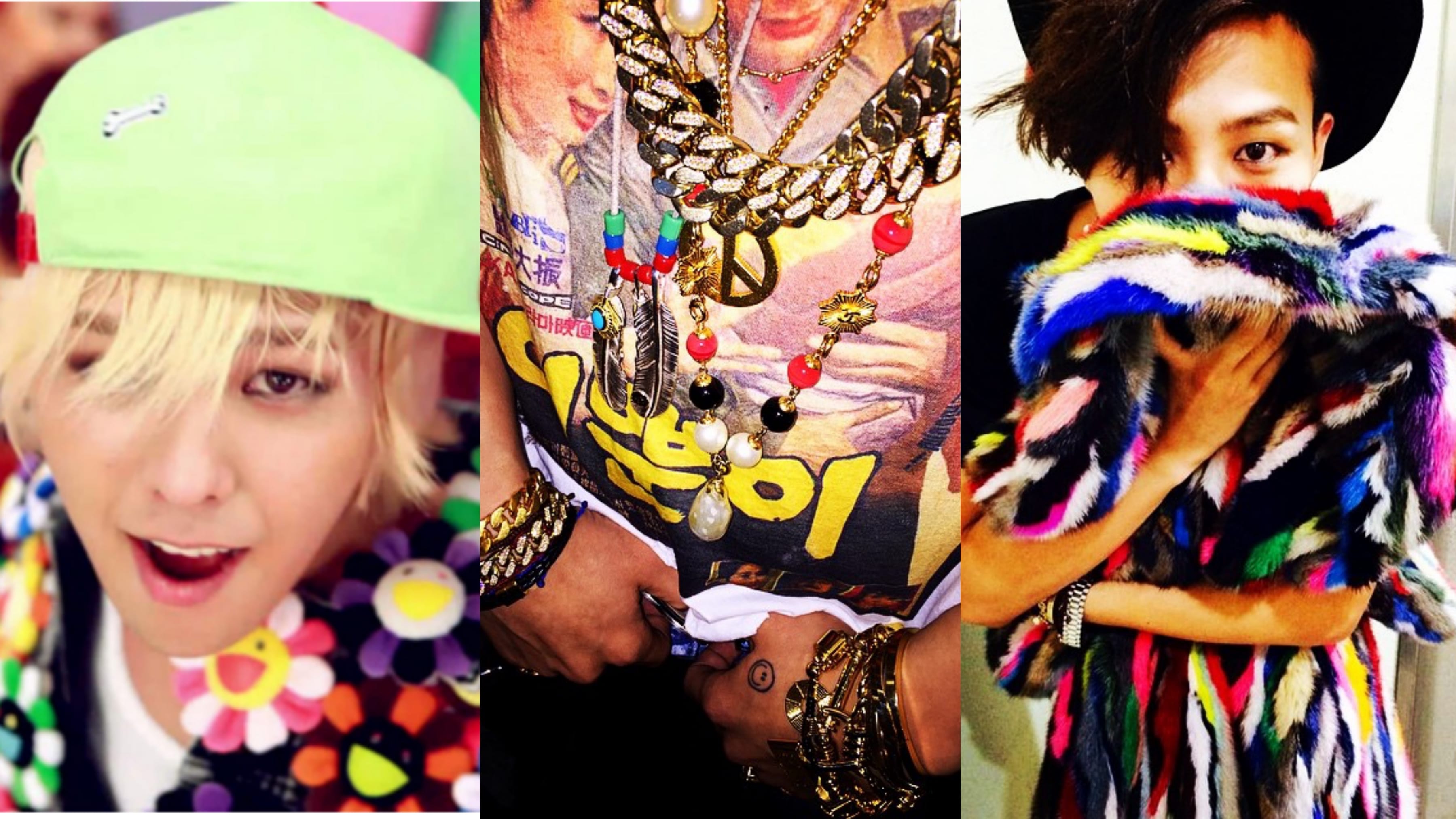 Amplifying his boyish charm is the jean-on-jean style that G-Dragon often wore for a casual cool vibe. 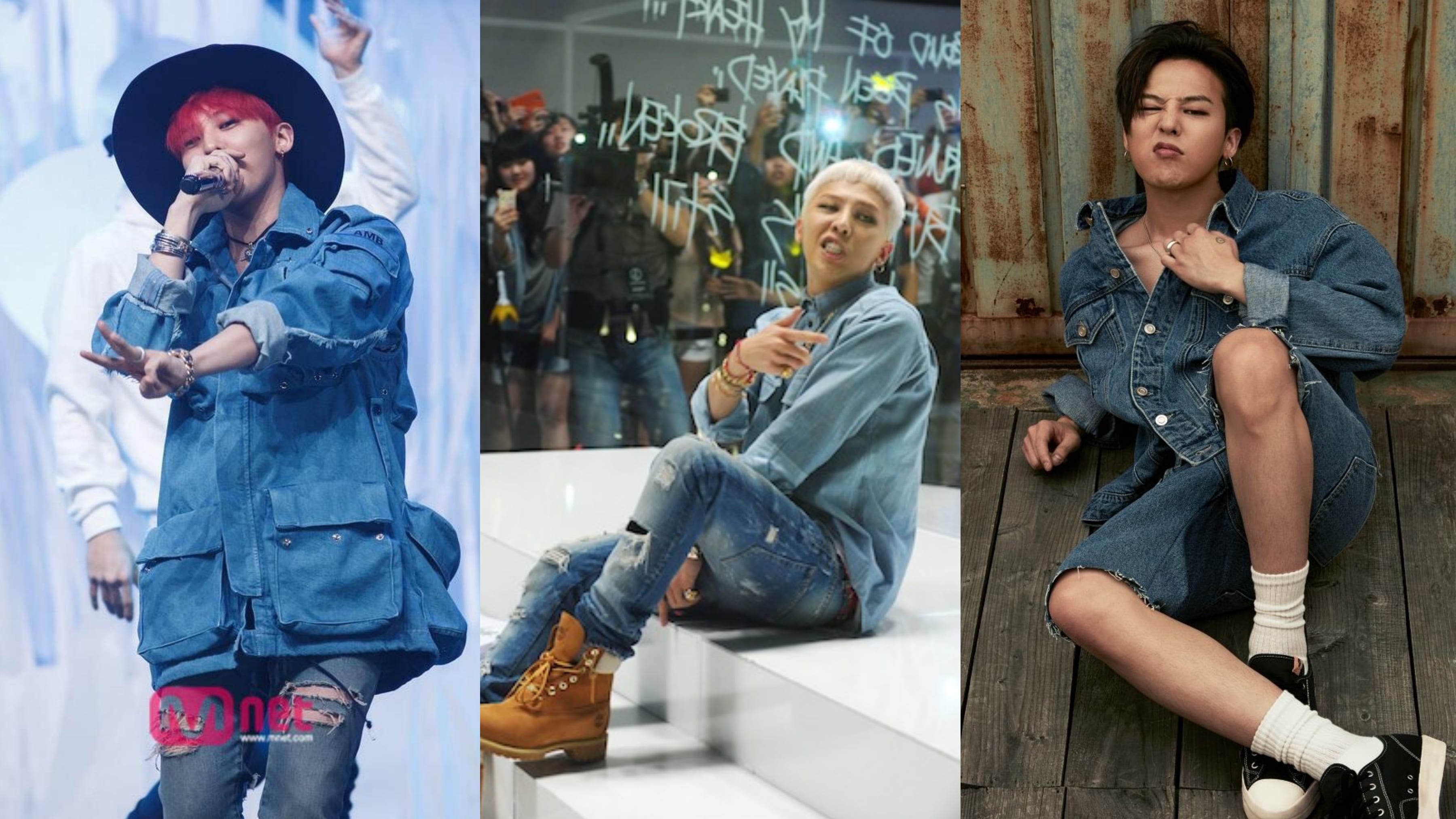 You won’t find G-Dragon following trends because he is most likely to start them. And one thing he’s good at when it comes to fashion is extending his range of styles while shattering boundaries on gender. He does not subscribe to stereotypes of what a person should wear, whether he’s under public scrutiny or in his personal daily looks. This only shows his true sense of identity and courage in taking risks both in fashion and in music. 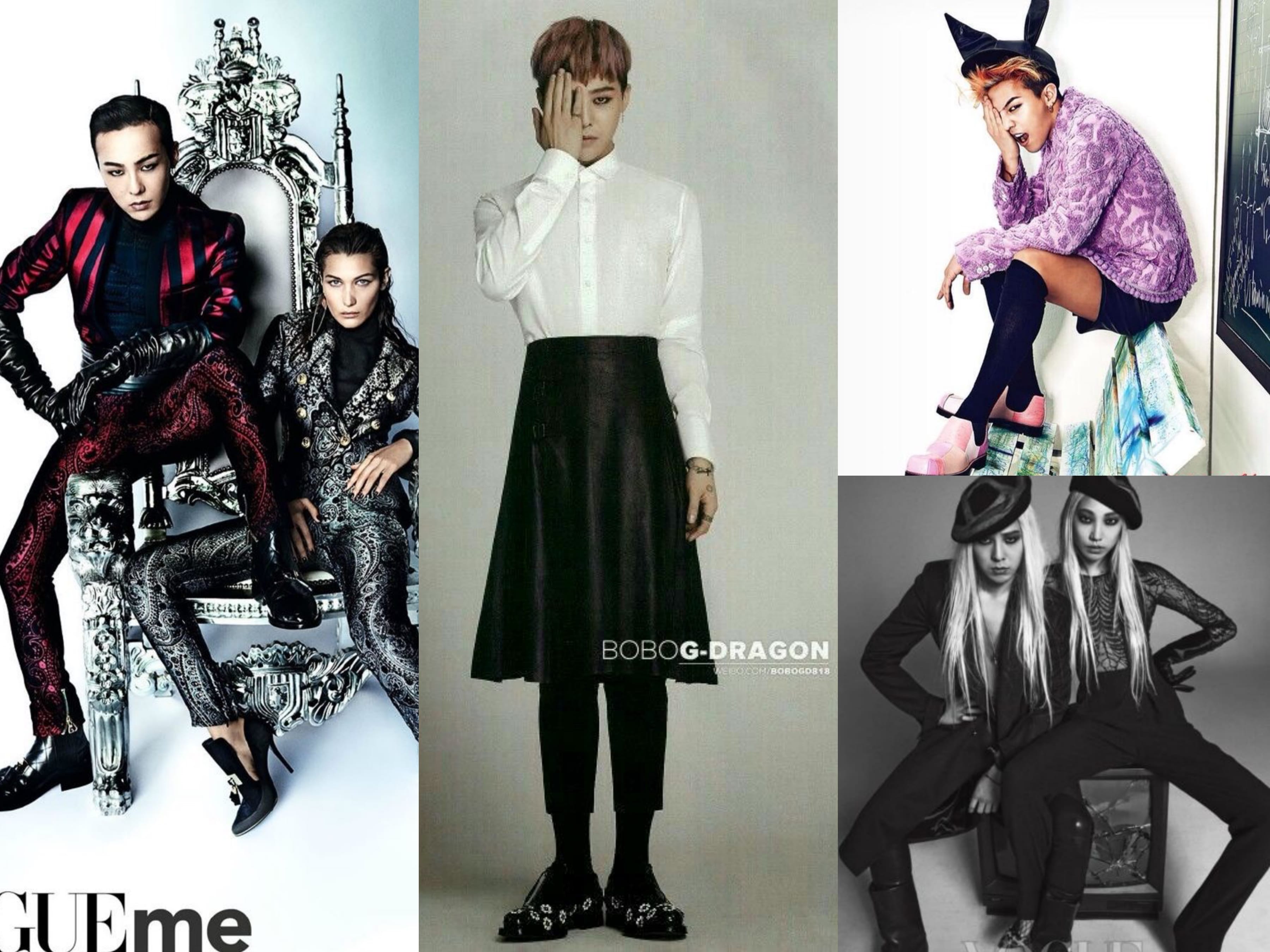 One thing that endears G-Dragon to his fans is that he has the duality of being his sleek, swag self as well as having a playful, cute, and bashful side. This only means that underneath his tough, cool exterior is an unexpectedly sweet, shy guy. 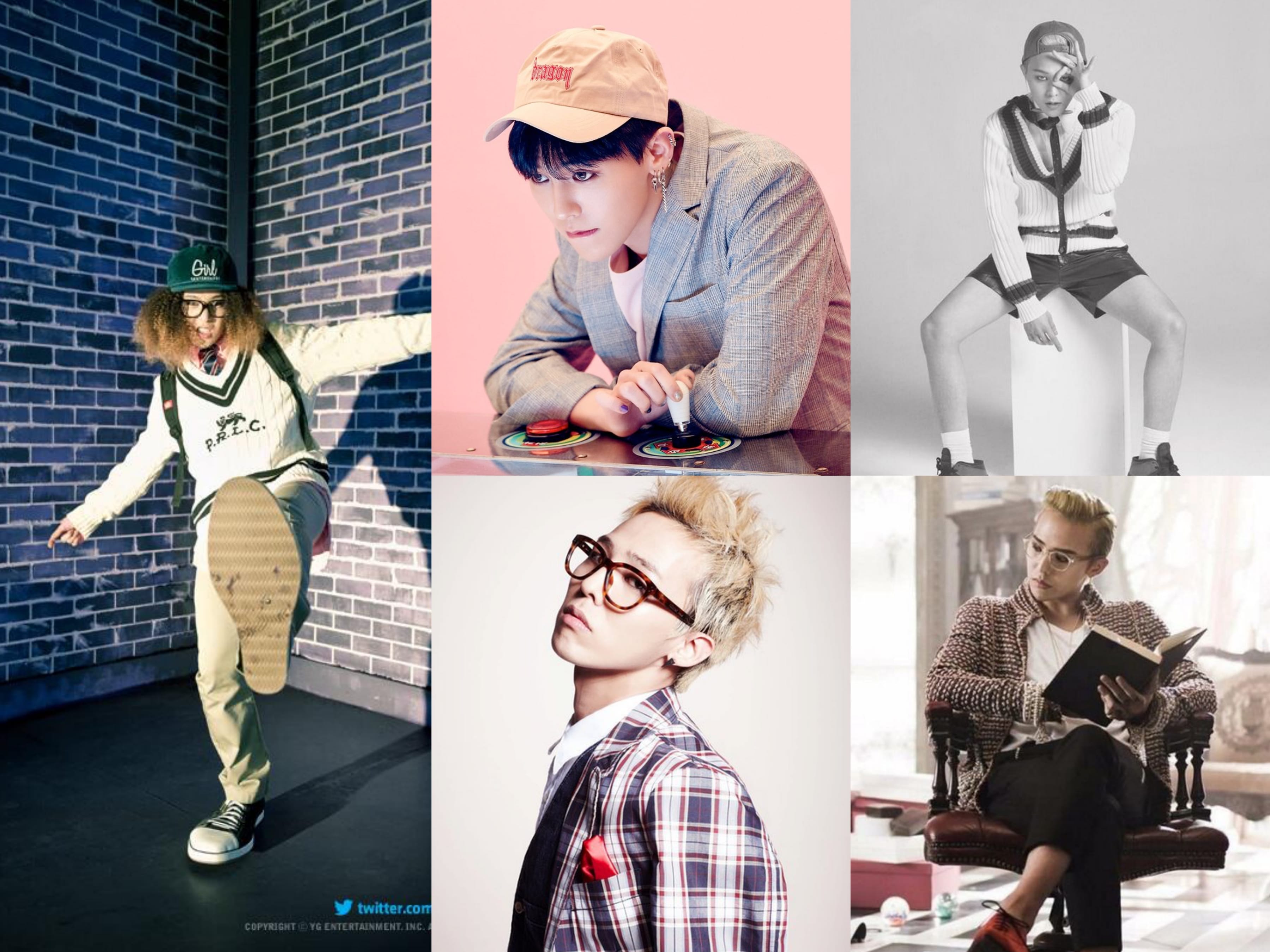 G-Dragon always goes big when it comes to interpreting and giving his own fresh take on fashion trends, like the animal print, where he can go either the minimalist or maximalist route. 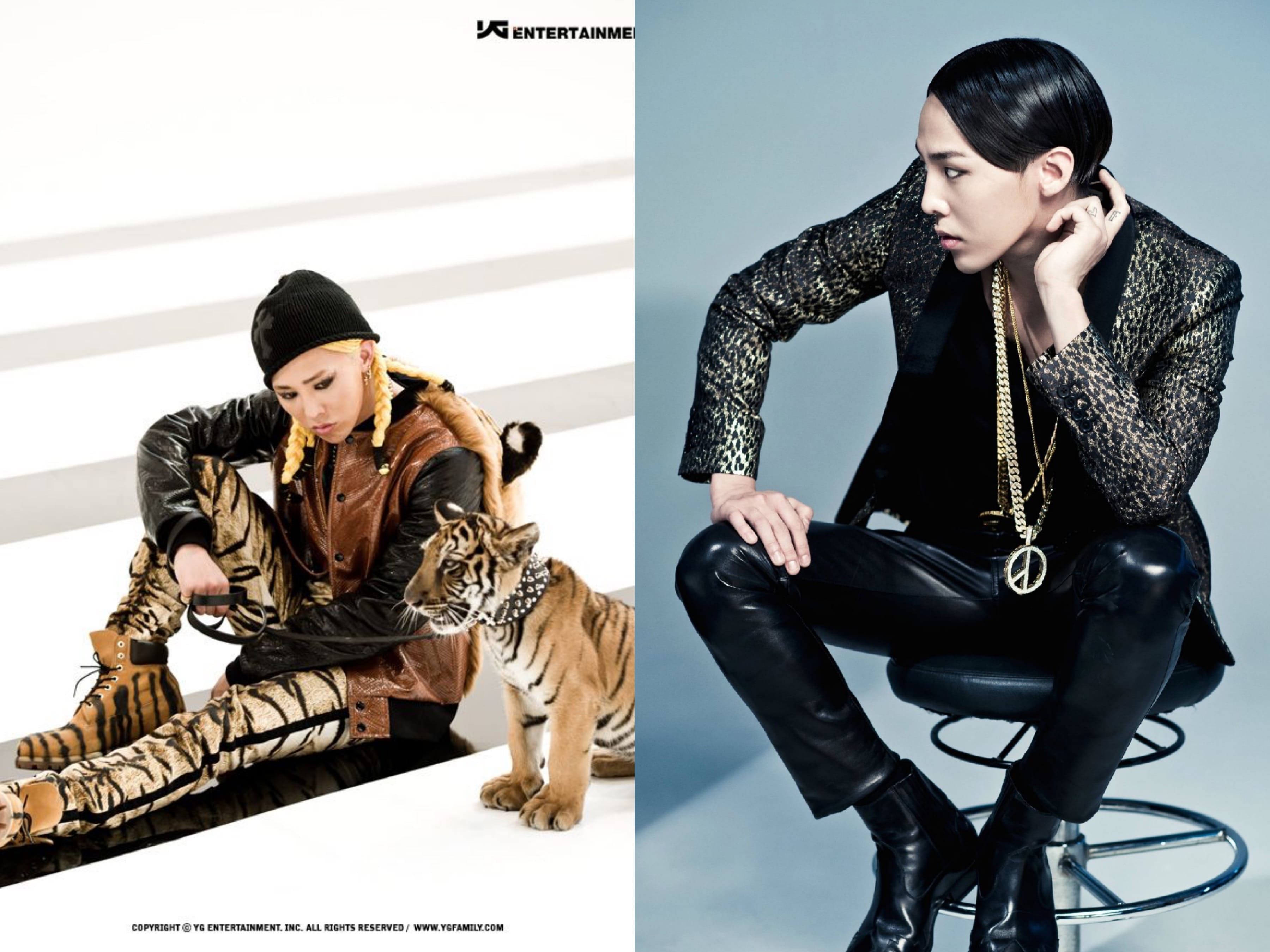 When it comes to sophisticated, tailored suits, G-Dragon doesn’t go for typical cuts, standard silhouettes, or tried-and-tested colors. He accessorizes the suit differently, mixing and matching prints, and opting for off-beat styles. 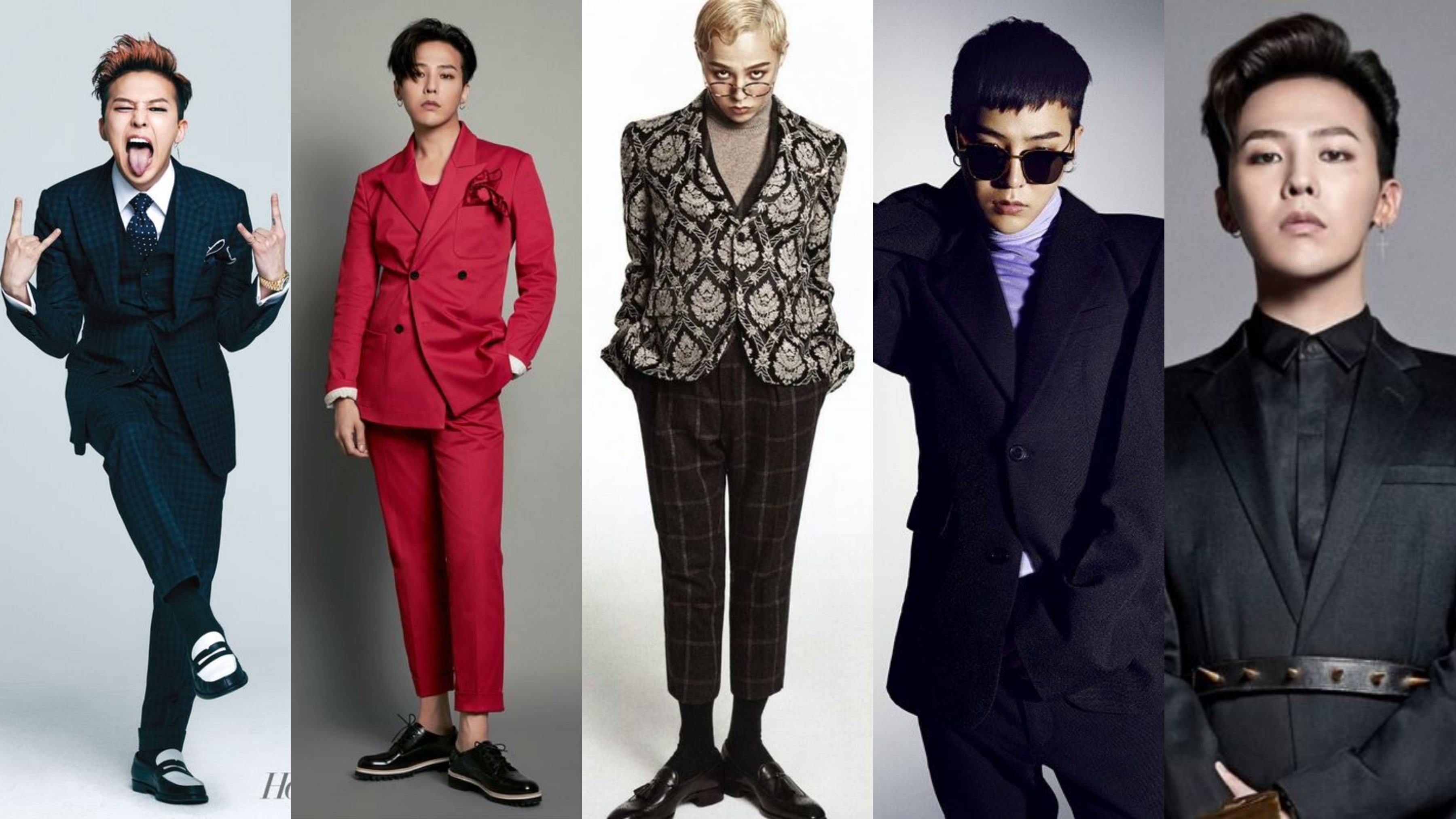 Legendary and luxurious — these words are perhaps what best describe the renowned designer brand Chanel. The same can be said about G-Dragon, which is why he’s the perfect ambassador to carry the name of the brand. 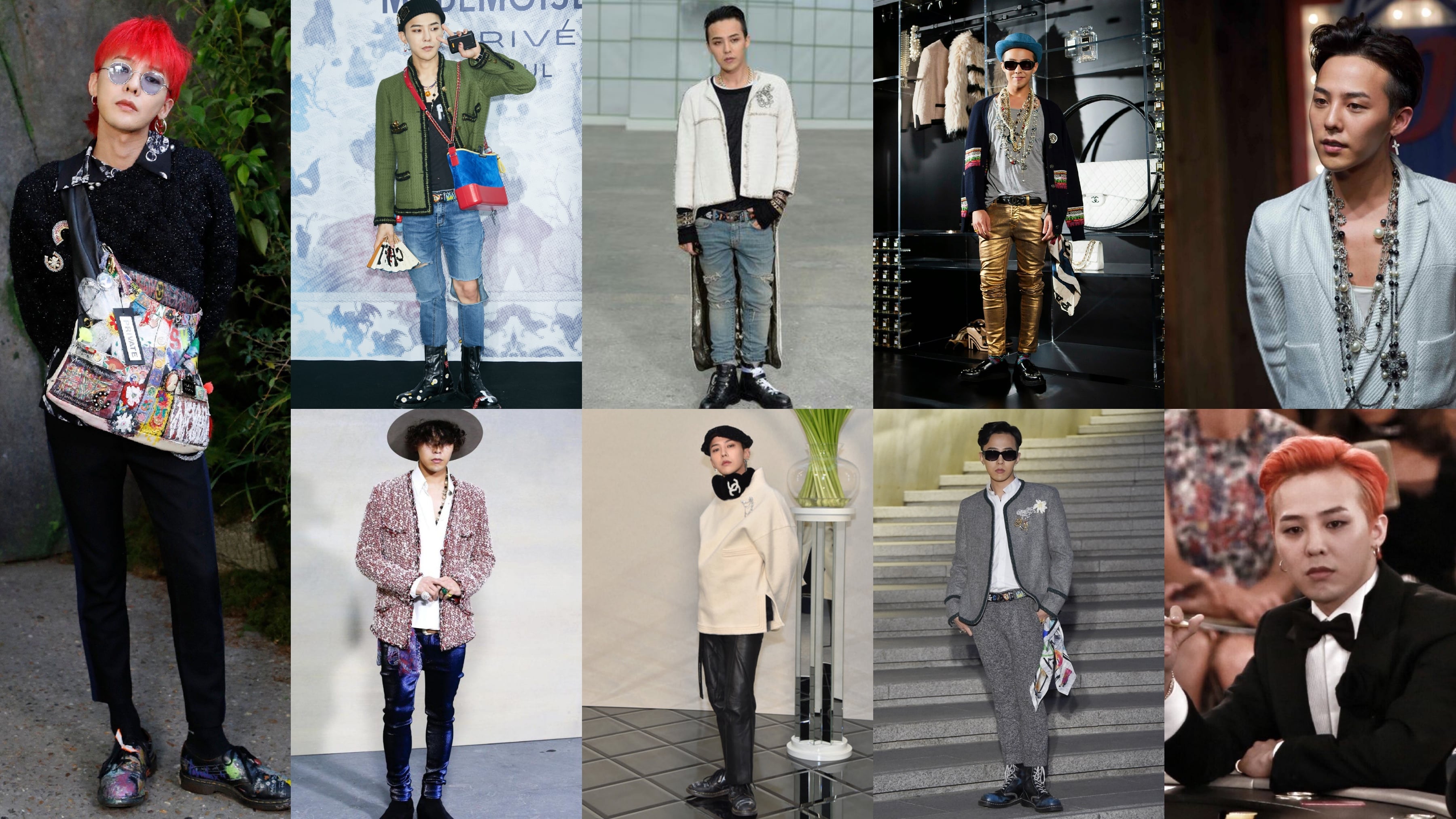 Whether it’s a real or imaginary character, he can embody any style, feel, or role that he wants to portray. And what’s amazing about his outward transformations is that people still recognize him no matter what look. There’s only one G-Dragon, leader of K-pop music and K-fashion after all! We can’t wait to see what musical or fashion style he comes up with next! 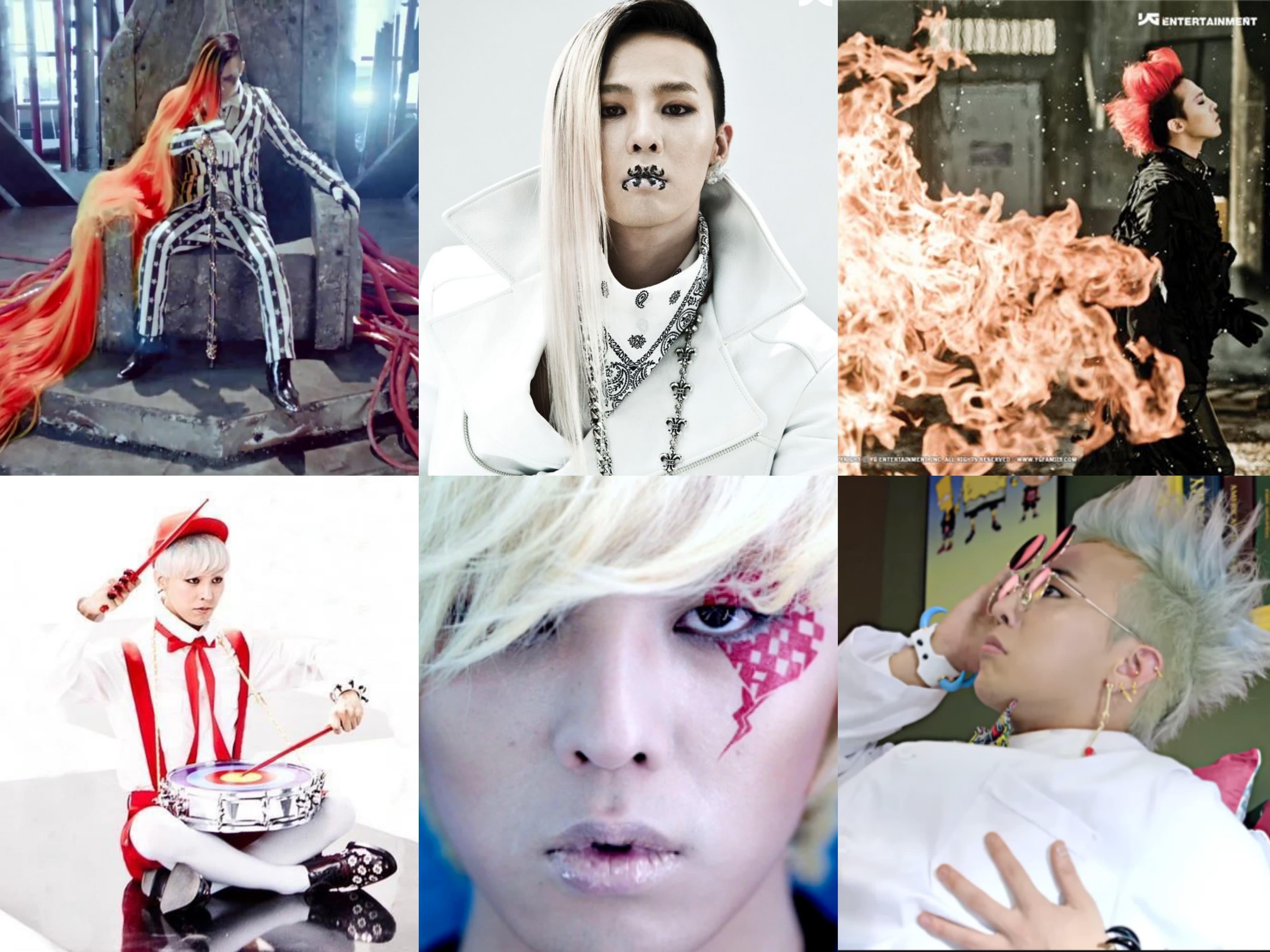 Hey Soompiers! What other fashionable moments from G-Dragon do you remember and love? Tell us in the comments below!

BIGBANG
Soompi Spotlight
G-Dragon
How does this article make you feel?