This upcoming Channel A drama is about unemployed makeup artist Cha Jung Hyuk (played by Joo Sang Wook) and former trainee Han Soo Yeon (played by Kim Bo Ra) who failed to debut in an idol group as they work towards their new dreams.

Born with beauty and tenacity, Han Soo Yeon spent 10 years of her life as an idol trainee. Due to an unfortunate reason, she is unable to make her dream come true and works towards a new dream of becoming a makeup artist. Lee Tae Hwan portrays Kang Do Jin, who debuted as a solo singer at the age of 17. He’s currently a mega-popular top actor but is pure and imperfect outside of work.

Han Soo Yeon and Kang Do Jin are friends who spent their trainee years together. She’s the only friend who offered her help to Kang Do Jin during his time of need.

In the stills, Han Soo Yeon struggles to deal with a hardship in her life and Kang Do Jin looks at her with loving eyes. Although he’s a top star who makes headlines with his every move, Kang Do Jin completely opens up in front of Han Soo Yeon. 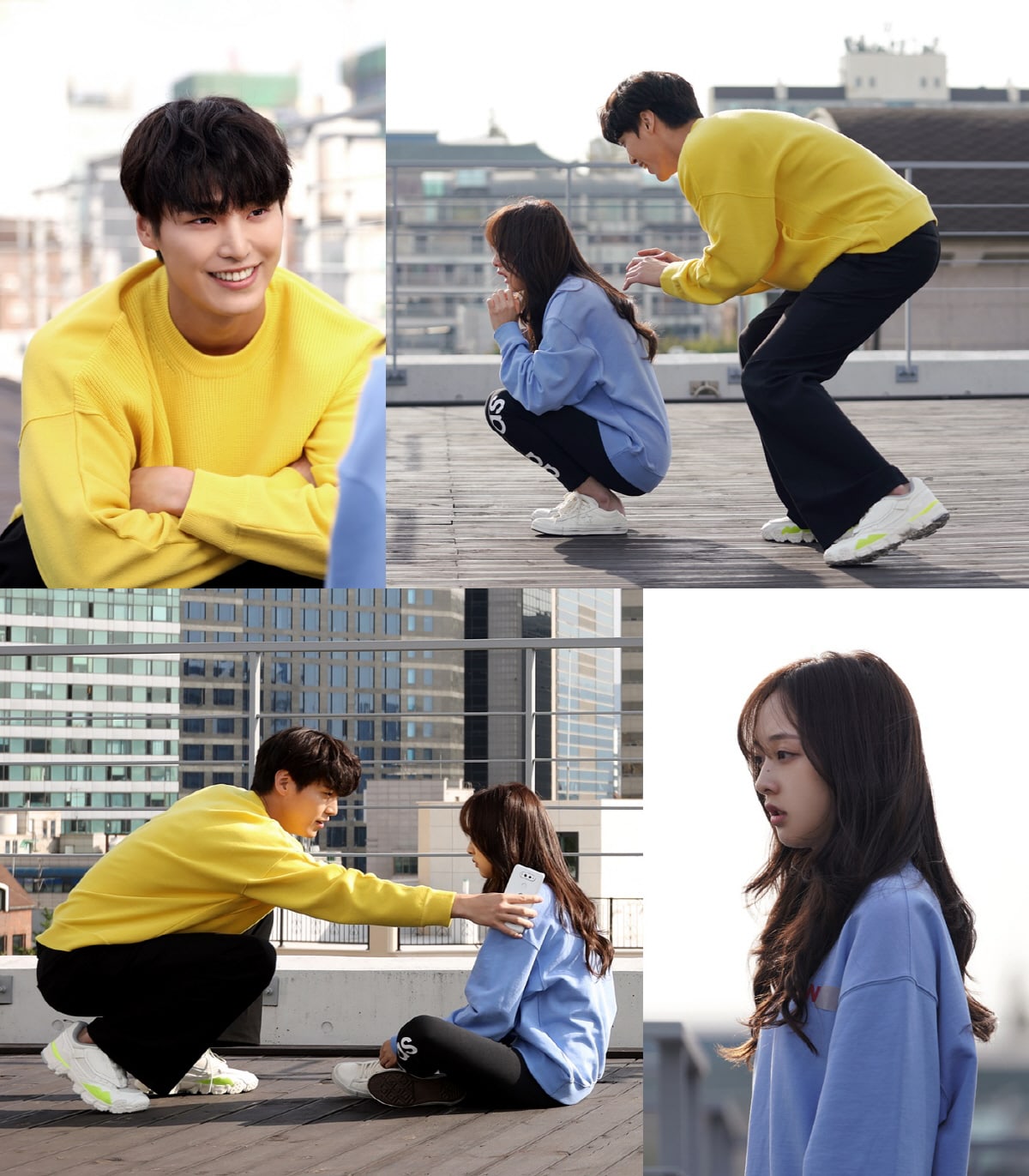 What is the story of Kang Do Jin who became a top star and Han Soo Yeon who’s in pursuit of a new dream after her last one fell apart?

kim bo ra
Lee Tae Hwan
How does this article make you feel?