Park Ji Hoon sat down for an interview on the December 5 episode of “Section TV”!

During the episode, it was mentioned that he’s known for how much he loves his fans, and he described them as a “tonic” in his life.

He was then asked if it’s true that he often pops in and out of his fans’ anonymous group chat room. “When I really miss them, I’ll make a surprise appearance,” he said. “The funny thing is that you’re not allowed to have private conversations, they just share important things.”

Park Ji Hoon seems to have been talking about chat rooms on Kakao Talk where fans are encouraged to just talk about their idol and not have other discussions. The fans are often are asked to use the same nickname as everyone else to preserve anonymity.

“But when I go in, I can’t just not talk, so I say, ‘Hello, I’m Park Ji Hoon,'” he explained. “They don’t believe me at first. They tell me to change my nickname. Since they really don’t believe me, I take a selfie and send it to them. That’s when the chat messages all start coming in. It’s really fun.” 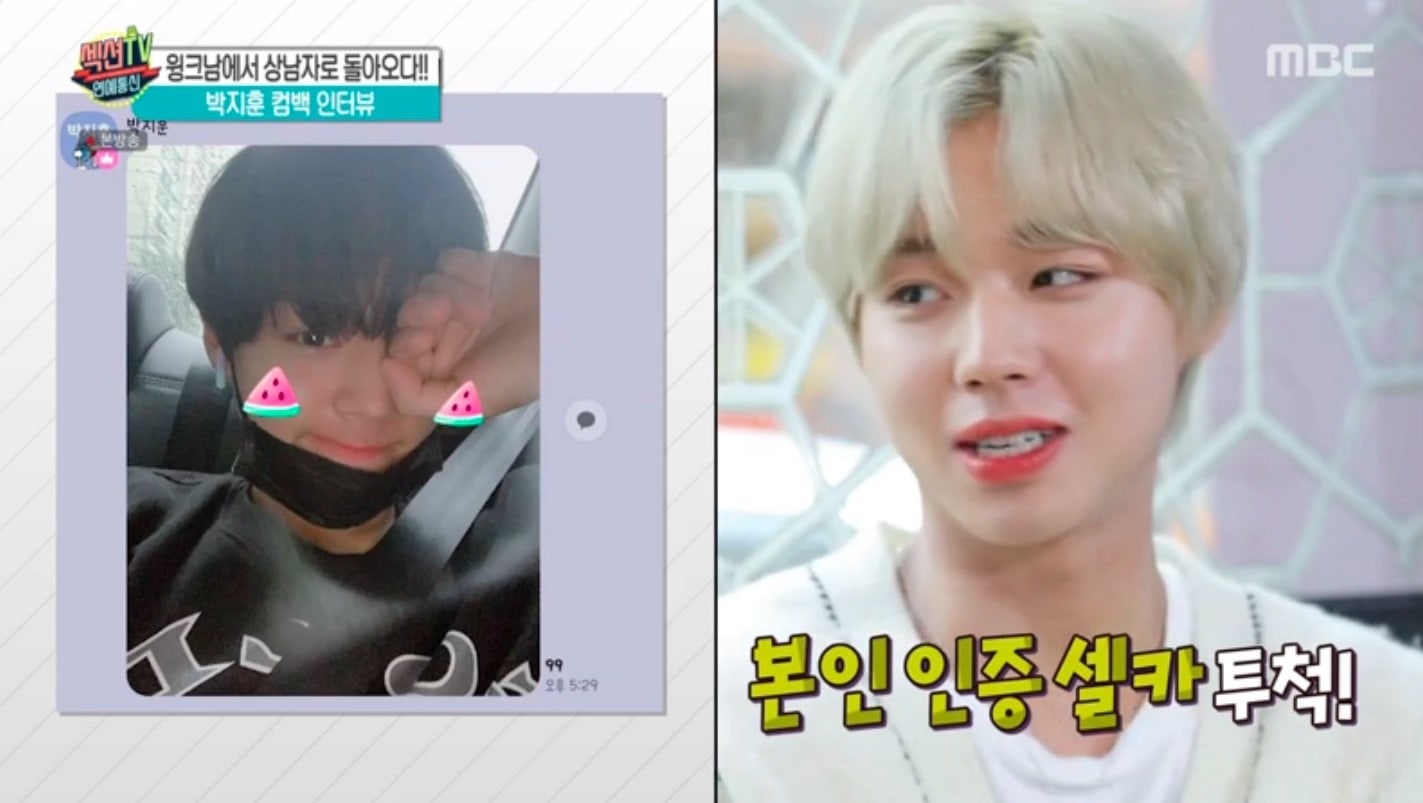 Park Ji Hoon was also asked which friend he contacts a lot, and he named two members of Wanna One. He said that he and AB6IX’s Park Woo Jin share the same gym, and they’ll exercise together and then go out for a meal. He also named CIX’s Bae Jin Young. “I think the two of them are the ones that I contact a lot recently,” he said.

When Park Ji Hoon first debuted as a solo artist, he wasn’t able to do music show promotions as he was busy filming his drama “Flower Crew: Joseon Marriage Agency.” He shared his plans to promote fully for this new mini album and asked fans to look forward to it.

Check out Park Ji Hoon’s MV for his comeback with “360” here!

Watch him in “Flower Crew: Joseon Marriage Agency” below!

Section TV
Park Ji Hoon
How does this article make you feel?