On the December 5 episode of MBC’s “Section TV,” former SECHSKIES Kang Sung Hoon candidly talked about his past controversies and his reasons behind leaving SECHSKIES.

Back in September of last year, Kang Sung Hoon was swept up in a controversy surrounding a solo fan meeting in Taiwan that ended up being cancelled. The tickets weren’t refunded properly, and Kang Sung Hoon’s fan club was accused of embezzling fan donations. 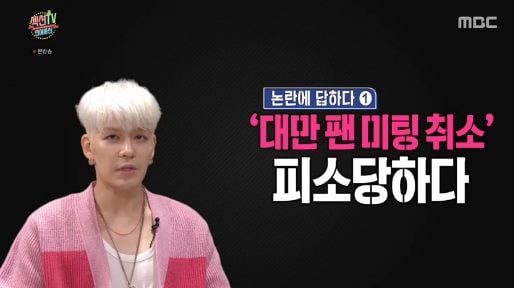 Kang Sung Hoon said in the interview that he was reluctant to make a public statement because, “I thought for a long time that I would have to settle matters legally.”

“I was accused of fraud because the investigating agency never once contacted me, nor did they ever ask me to appear in person. I thought it was handled. In the end, though, I wasn’t able to receive a visa, because the employer had to be the ones to apply for it [on my behalf].” He placed the blame on the organizer on the event, saying that it was their responsibility.

He added, “Fans from many different countries have sued the Taiwanese representatives, and an investigation is underway. I want to sincerely apologize to the fans who paid for tickets to come and see me.”

Kang Sung Hoon was also sued by fans on accusations of embezzlement through his fan club, Hoony World. According to the complaint filed by fans, Hoony World falsely recorded profits from a SECHSKIES 20-year debut anniversary event as if they were donated, while actually embezzling the profits. 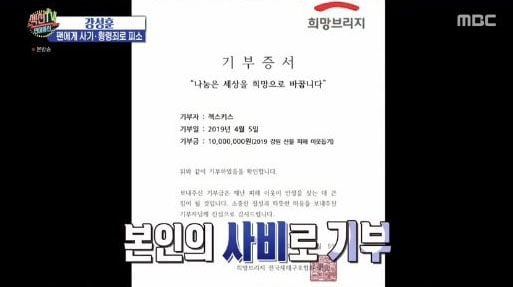 On that controversy, Kang Sung Hoon stated, “There was admittedly a problem with the way that Hoony World operated, so we were unable to be transparent about the settlement process and we were very careless with how we went about things. We’ve finally gotten the donation prepared. I wanted to sincerely apologize for how long it took to do so.”

The former SECHSKIES member was also asked about his previous criticisms of junior idols. “When I watch the video [where I cursed junior idols] I also cursed myself, was disappointed in myself. I couldn’t tell you why I did what I did. I’m so sorry to my juniors, and I sincerely apologize especially to the fans who were hurt by my actions.” 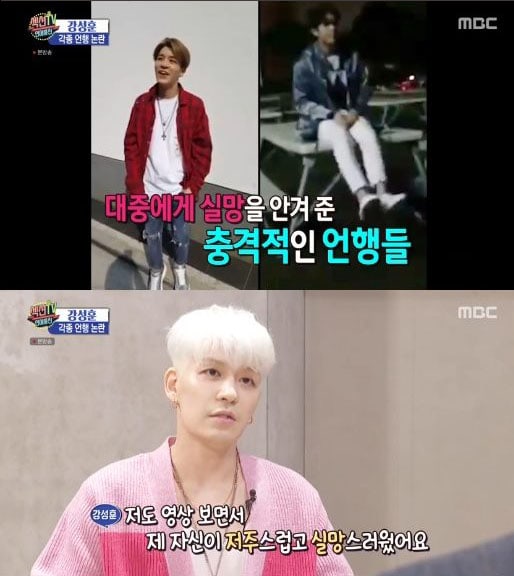 Another controversy that Kang Sung Hoon addressed was the misuse of fan gifts that he received. As it turns out, Kang Sung Hoon said, it was a misunderstanding between him and his stylist.

“My stylist was in charge of taking care of my shoes, accessories, and clothes. My stylist told me that they were going to dispose of things that I no longer needed, but I didn’t know that there were fan gifts in the things they threw out. I was incredibly angry when I found out later. I had no words. I should have taken better care of those gifts.”

Because of those controversies, Kang Sung Hoon departed SECHSKIES. “I had no idea when the issue with the Taiwan fan meeting would be resolved. I wanted to run away and die. I developed panic disorder and had a mental breakdown,” he explained, stating that for these reasons he had no choice but to leave the group.

SECHSKIES
Section TV
Kang Sung Hoon
How does this article make you feel?