“RUN” will follow the cast as they participate in meet-ups at various runnings spots both in and outside of Korea to experience “the joy of running.” It has now been confirmed that the first episode will premiere on January 2 at 11 p.m. KST. The show will follow Ji Sung, Kang Ki Young, Hwang Hee, and Lee Tae Sun as they meet up to run together, with a goal of participating in a marathon in Florence, Italy.

The new stills show the four cast members as they prepare for the marathon in Italy. According to the staff, the quartet were often seeing running through the streets of Florence to prepare for the international marathon in the early hours of the morning. They would wear colorful outfits and be full of energy and smile as they ran. 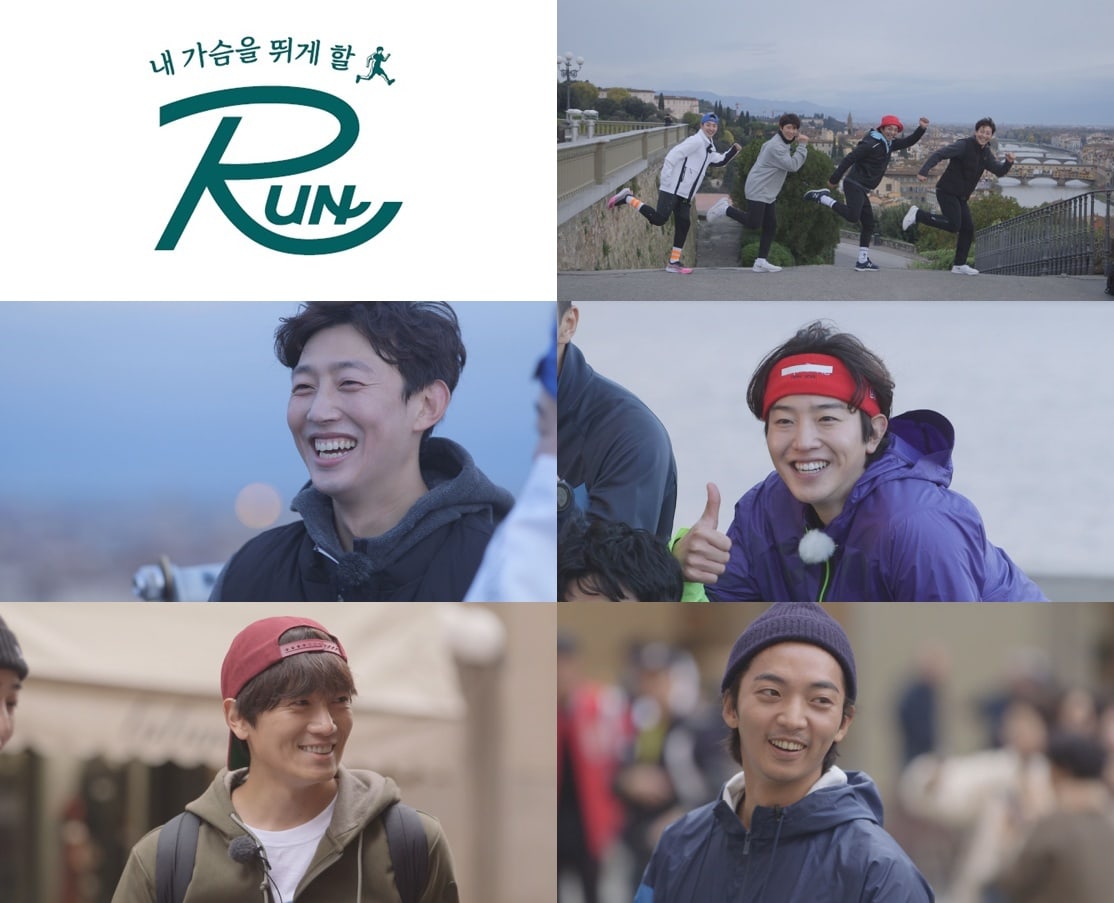 The show also released their official logo, which reads “RUN, it makes my heart race,” with a small figure of a person running. “RUN” will be tvN’s first variety show of 2020 and producing director Kim Hyun Sil stated, “The early hours of the morning showed a new side of the grand city of Milan and the romantic city of Florence. We’ll be sharing the fun experiences the cast members had as they ran through the streets of Italy.”