The cast of “VIP” is all smiles in the latest set of behind-the-scenes photos!

The SBS series has gained popularity as an exciting office melodrama filled with plot twists. Unlike the thrilling storyline of the drama, the cast revealed how much they laugh when the cameras aren’t rolling.

In the drama, Jang Na Ra portrays charismatic female lead Na Jung Sun who finds out about her husband’s affair. In contrast to her fierce role, the actress brightens up the set with her lovely smile and helps liven up the atmosphere. Her on-screen husband Lee Sang Yoon hangs out with the actors and staff between takes and sets a cheerful mood.

Lee Chung Ha has won viewers over with her “girl crush” character, but she shows off her cuteness on set. Unlike her working mom character who is often crying in “VIP,” Kwak Sung Yeon only smiles as she’s surrounded by fellow co-stars on set.

Pyo Ye Jin shocked viewers after she was revealed as Lee Sang Yoon’s mistress. In the behind-the-scenes photos, the actress turned into the cute youngest member of the cast. The department team’s No. 1 troublemaker Shin Jae Ha used his wit to make his co-stars burst into laughter and proved himself as the mascot of “VIP.” 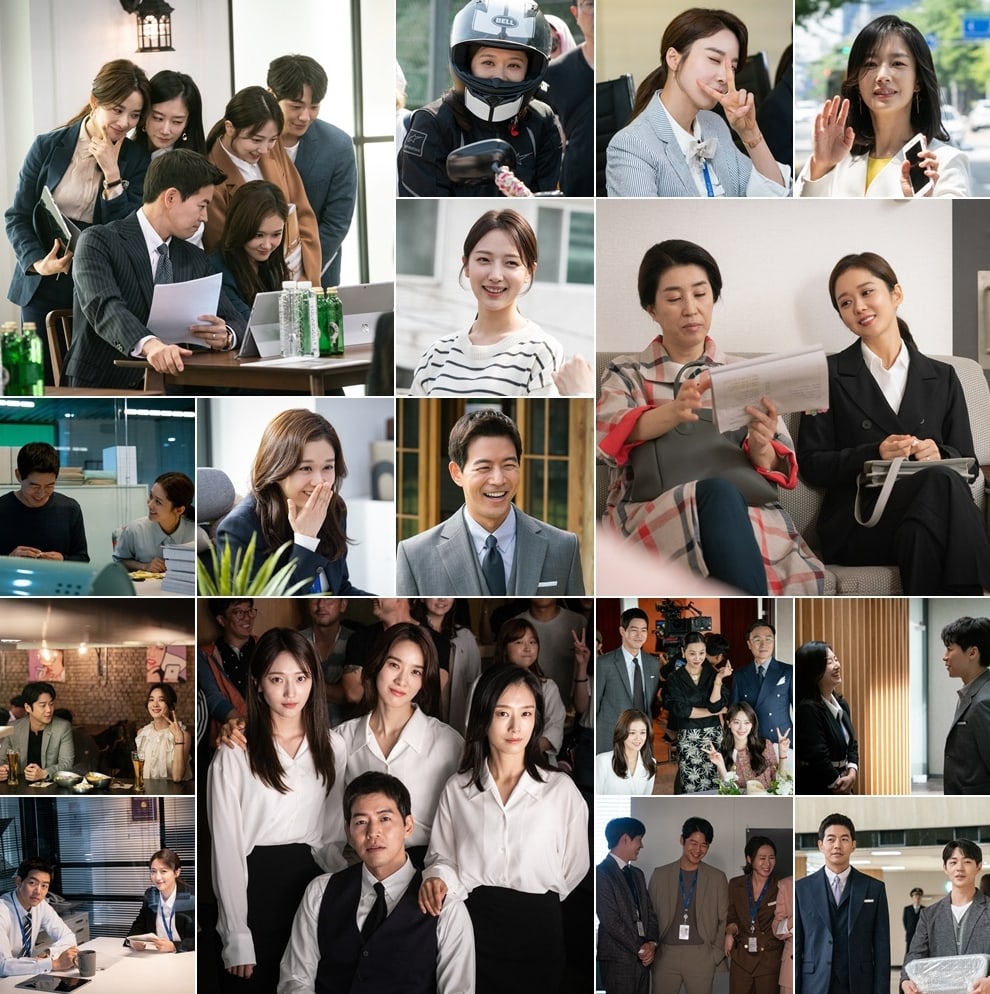 A source from the drama said, “The collective passion of the actors and staff makes me wonder if there can be a better set than this. I think this kind of atmosphere is how a high-quality drama was created. We’ll try our best so that the atmosphere on set can be conveyed to the viewers’ living rooms.”