The winners of Mnet’s “World Klass” have been announced!

On December 6, the top 10 winners of the global K-pop group survival show were revealed during a live finale.

Contestants who received the most votes from the “World Klass” judging committee from 90 countries were named as the first members of debut group TOO. The top three ranking members were J.You in first place with 42,262 votes, Chan in second place with 36,801 votes, and Han Jun in third place with 36,198 votes.

The next three members were chosen through evaluations by experts. As a result, the fourth member was announced as Woong Gi with 512.5 points after receiving the highest score from the judges, followed by Kyung Ho with 507.5 points and Dong Geon with 494.5.

The remaining four members were chosen during votes tallied during the live finale as the program aired dance performance videos of the contestants chronicling their hard work despite the short span of preparation time. Contestants then took the stage to perform “Who Do You Love,” “Don’t Fear Now,” “Congratulations,” and “All You Need is Love” as their final performance mission songs.

Combining votes from the past 10 weeks including the judging committee, expert evaluation points, and live finale evaluations, the final members of the debut group were revealed. As a result, the seventh member was announced as Jerome, eighth member as Chi Hoon, ninth member as Min Su, and tenth member as Ji Su. 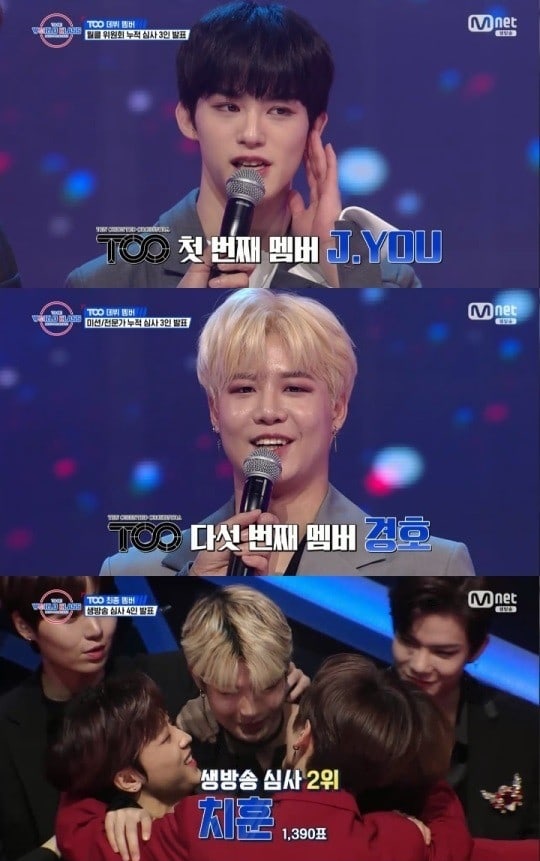 Thank you everyone for your love and support for World Klass
Please look forward to TOO pic.twitter.com/hAo3MyNWo9

A source from the show told Sports Today, “Group TOO (Ten Oriented Orchestra) announced on today’s live broadcast will release an album at the beginning of 2020 and make their official debut. The exact date of their debut is currently being discussed.”

TOO’s meaning is aimed to presented “an orchestra with 10 kinds of Asian values.”

Congratulations to TOO! What do you think of the Top 10?

World Klass
TOO
How does this article make you feel?