The actress will be starring in tvN’s “Drama Stage 2020” project “Woman Who Bleeds From Her Ears” (literal title). This is an unusual drama about a woman named Kim Soo Hee (played by Kang Han Na) who one day starts bleeding from her ears when she hears something she doesn’t want to hear.

Many viewers have been curious about the drama ever since Kang Han Na posted the title on social media. The strange name of the drama has already garnered lots of interest and reactions from the public.

In the poster, Kang Han Na looks resigned as she stands in the middle of her office with a tissue in her ear. The stills reveal the actress getting yelled at by her boss followed by a shocking photo of blood trickling from her ear.

She says to her friend and marketing team member Goo Ji Ho (played by Son San), “I didn’t know I endured listening to so much noise. I’m so stressed about feeling nervous about my ear bleeding at work.” She continues, “I’m already shaking in fear that I’ll get caught thinking, ‘I don’t want to hear you talk,’ but why is the other person blabbering on without differentiating what to say versus what not to say?'” 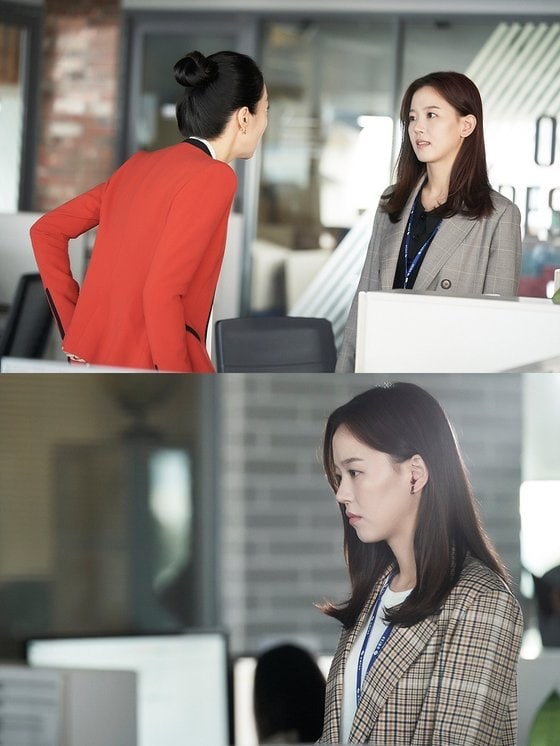 Writer Baek In Ah explained, “I wanted to show how much we endure and are attacked through various noises in our everyday lives at the office, subway, home, and more. Please look forward to watching how the process of suddenly bleeding from her ear becomes her strength and resolution and whether or not it will turn into a new starting point for her.”

A source from the drama added, “‘Woman Who Bleeds From Her Ear’ is a drama that will relate to many viewers with a refreshing, unique topic. I think that this story with a new topic was possible because it’s a one-act drama for ‘Drama Stage.’ Please look forward to it.”

“Woman Who Bleeds From Her Ears” premieres on December 7 at 9 p.m. KST.

In the meantime, check out Kang Han Na in “Familiar Wife” now!

Kang Han Na
How does this article make you feel?