The teaser and posters of Kang Sora and Ahn Jae Hong’s new comedy movie are finally out!

Based on the webtoon by the same name, “We Don’t Hurt You” (literal translation) will tell the story of Tae Soo, (played by Ahn Jae Hong) a lawyer who unexpectedly becomes the director of a zoo that is on the verge of being shut down, and the employees of the zoo, who pretend to be the animals that got sold and sent away. 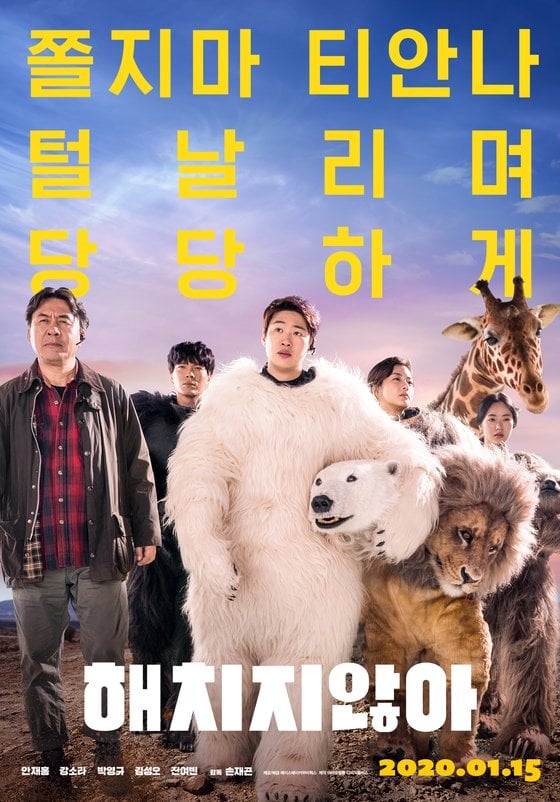 The next poster shows the five characters heading home after a day’s work. Their backs are to the setting sun, and they determinedly stare ahead of them with the resolve to save the zoo no matter what. On both posters are the words, “Don’t be afraid. It’s not obvious. Walk confidently with with your fur flying about.” 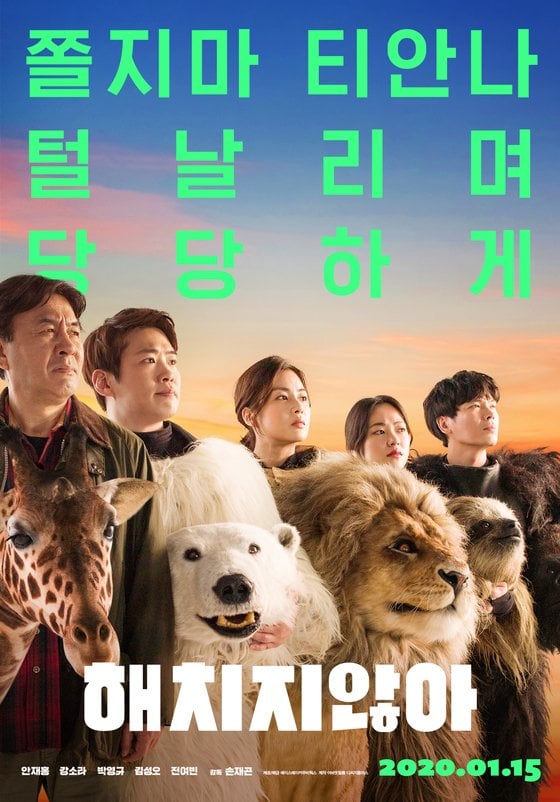 The teaser starts off with dramatic music as a polar bear walks out. A boy throws a bottle of cola, and the polar bear actually pops it open and guzzles it down, receiving a standing ovation from the zoo guests. It is then revealed that all the animals in the zoo are actually the workers in animal costumes.

Ahn Jae Hong barks hilarious orders to the employees, such as “Please lie down! Don’t stand up!” to Kang Sora who disguises herself as a lion and “Turn off your phone!” to Jeon Yeo Bin the sloth.

The clip ends with Kim Sung Oh approaching Jang Seung Jo, a convenience store worker, in his gorilla costume. Jang Seung Jo, who has no idea the gorilla is actually a human, freaks out and releases a frightened scream.