Watch: NCT’s Doyoung + MOMOLAND’s JooE Are Startled By Close Encounter With Deadly Snake On “Law Of The Jungle”

NCT’s Doyoung and MOMOLAND’s JooE shared an uncomfortably close encounter with a venomous sea snake on the latest episode of “Law of the Jungle”!

During the December 7 broadcast of the SBS reality show, the two idols were preparing for dinner by cleaning fish on the beach when an unexpected visitor washed up on shore.

As they chatted about how much better they’d gotten at the task, which had been especially frightening for JooE at the beginning of their trip, the crew members around them suddenly began shouting in fear. 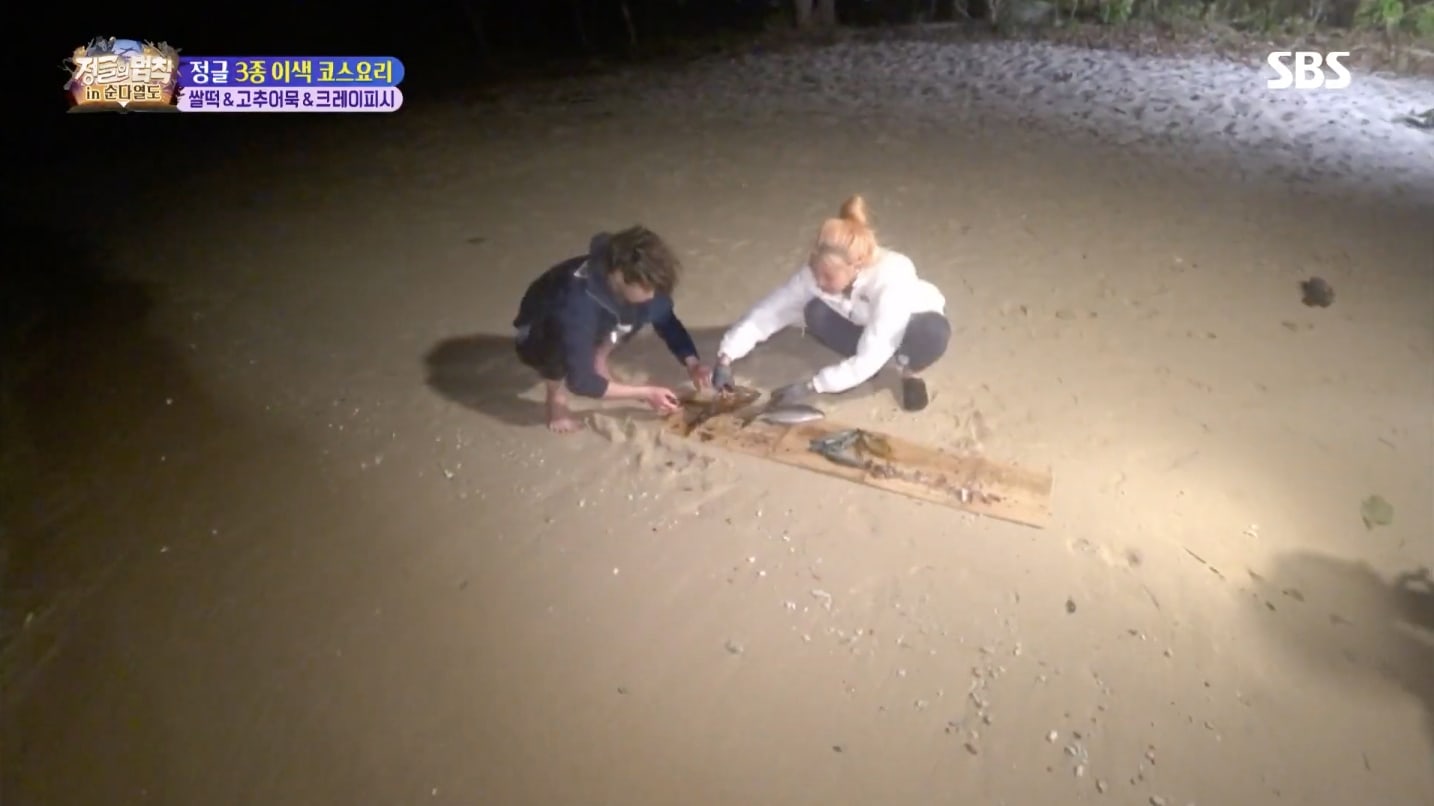 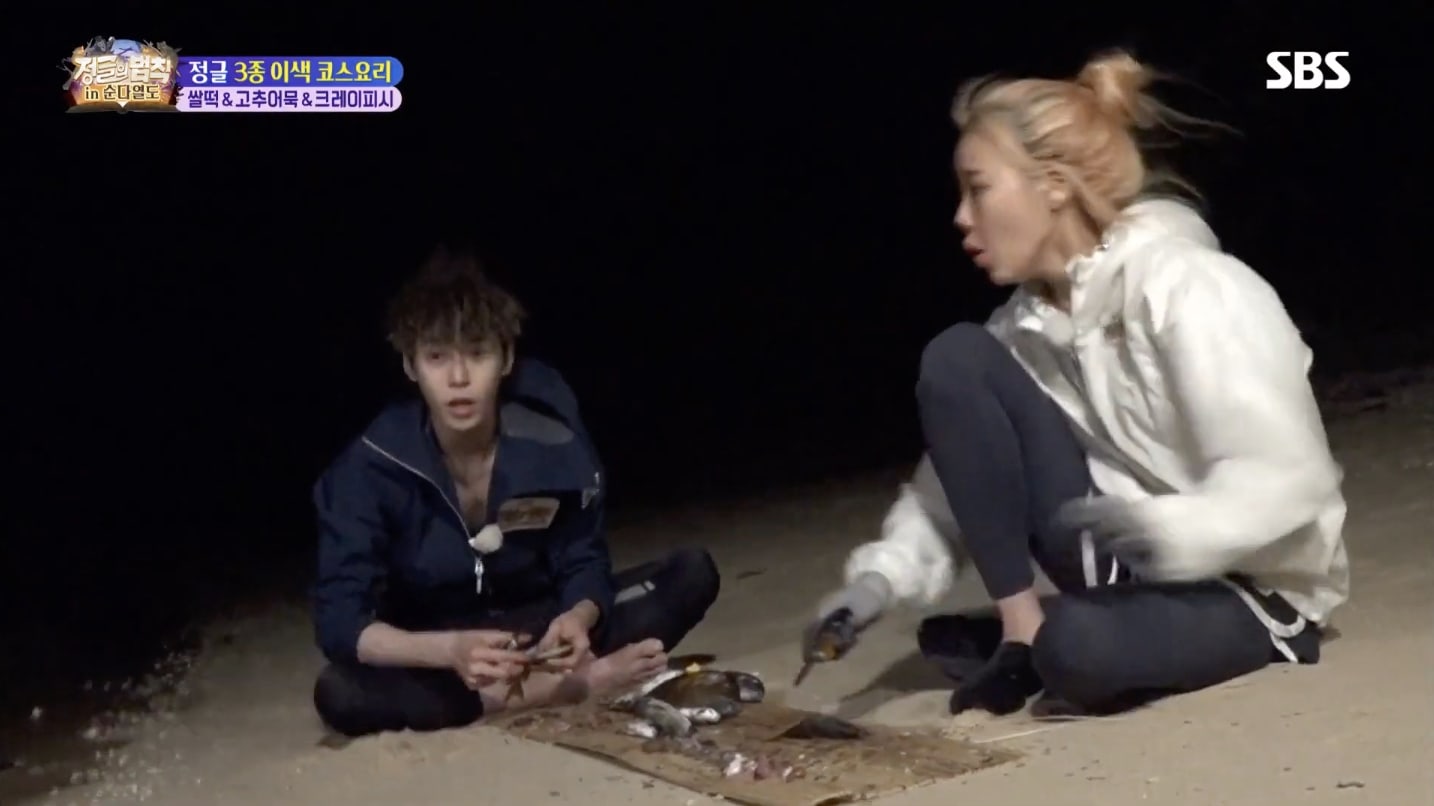 After a brief moment of confusion, JooE and Doyoung noticed that there was a sea snake just inches away from where Doyoung was sitting, and the two jumped to their feet in shock and began backing away.

Doyoung repeatedly called out, “It’s a snake, it’s a snake!” as they scrambled to move away from the unwanted guest—and a moment later, the two singers exclaimed in perfect unison, “Isn’t that the sea snake [you warned us about] whose bite kills you in just two minutes?” 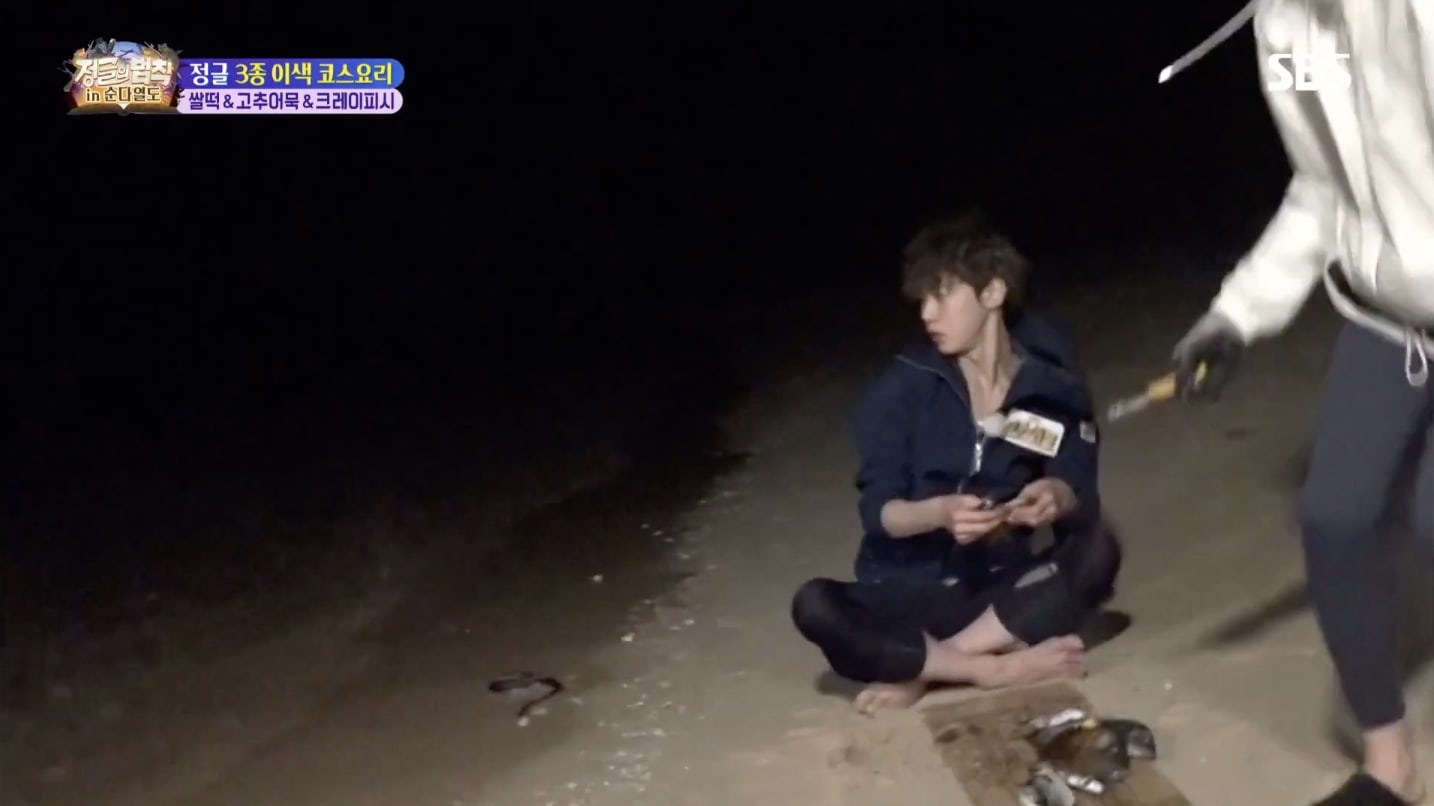 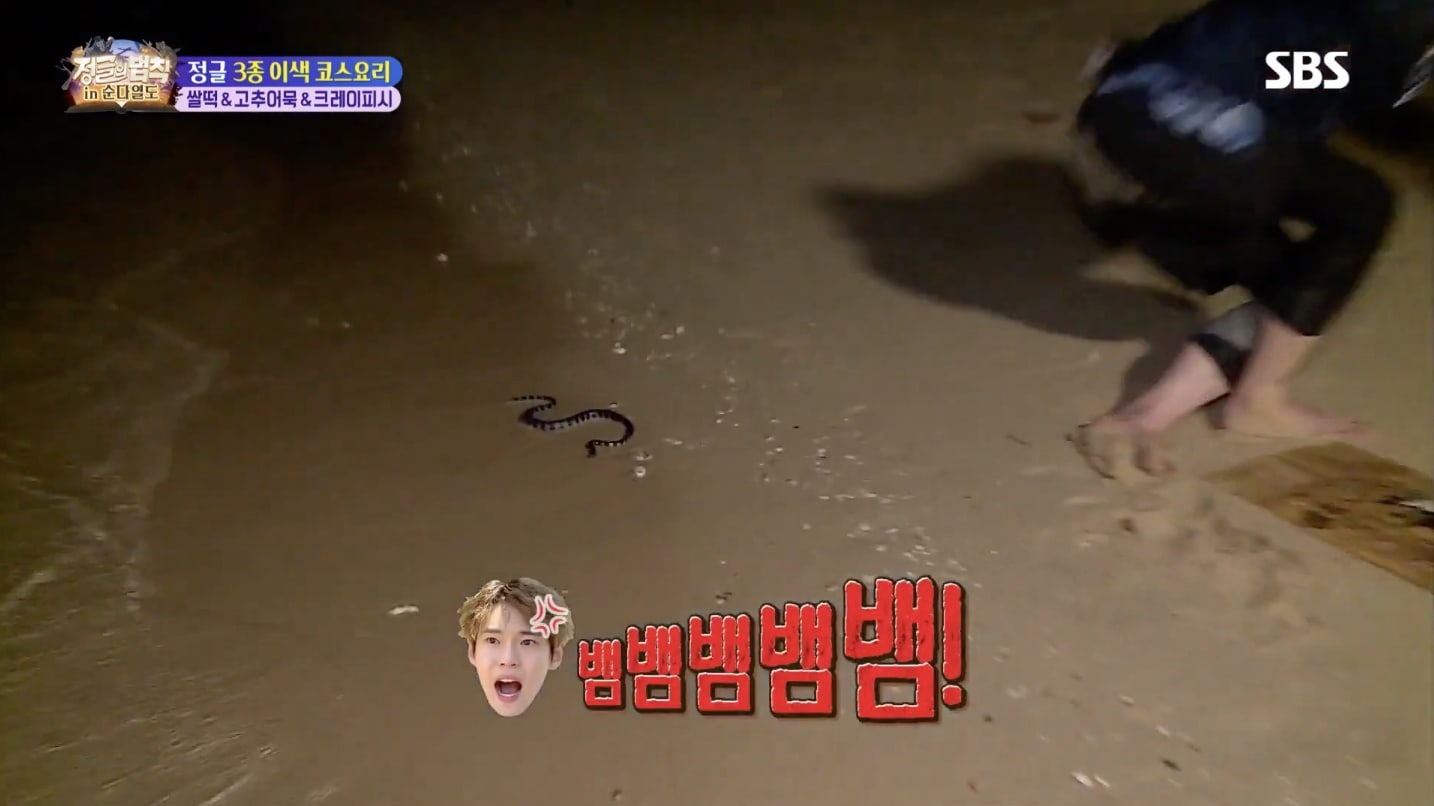 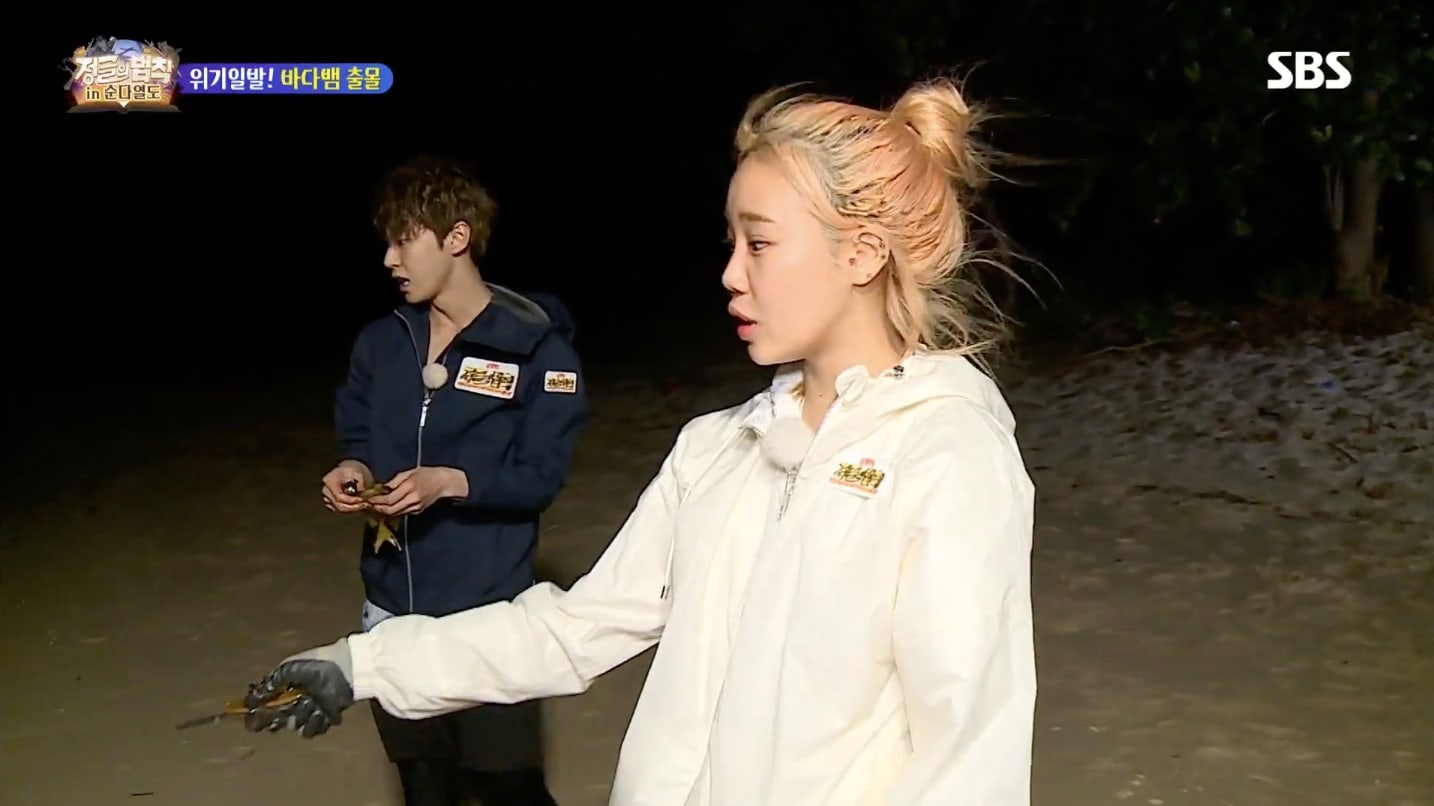 “What a shock,” gasped JooE, and Doyoung told the rest of the cast, “There was a sea snake, but it’s swimming away now.” The other cast members asked in surprise, “It came all the way here?” and JooE replied, “It was right next to [Doyoung’s] butt.”

Because the sea snake was such a highly venomous one, the other cast members decided to stand guard while Doyoung and JooE finished cleaning the fish for dinner. Later on, the two idols even bravely waded into the water to rinse off the fish once they were done. 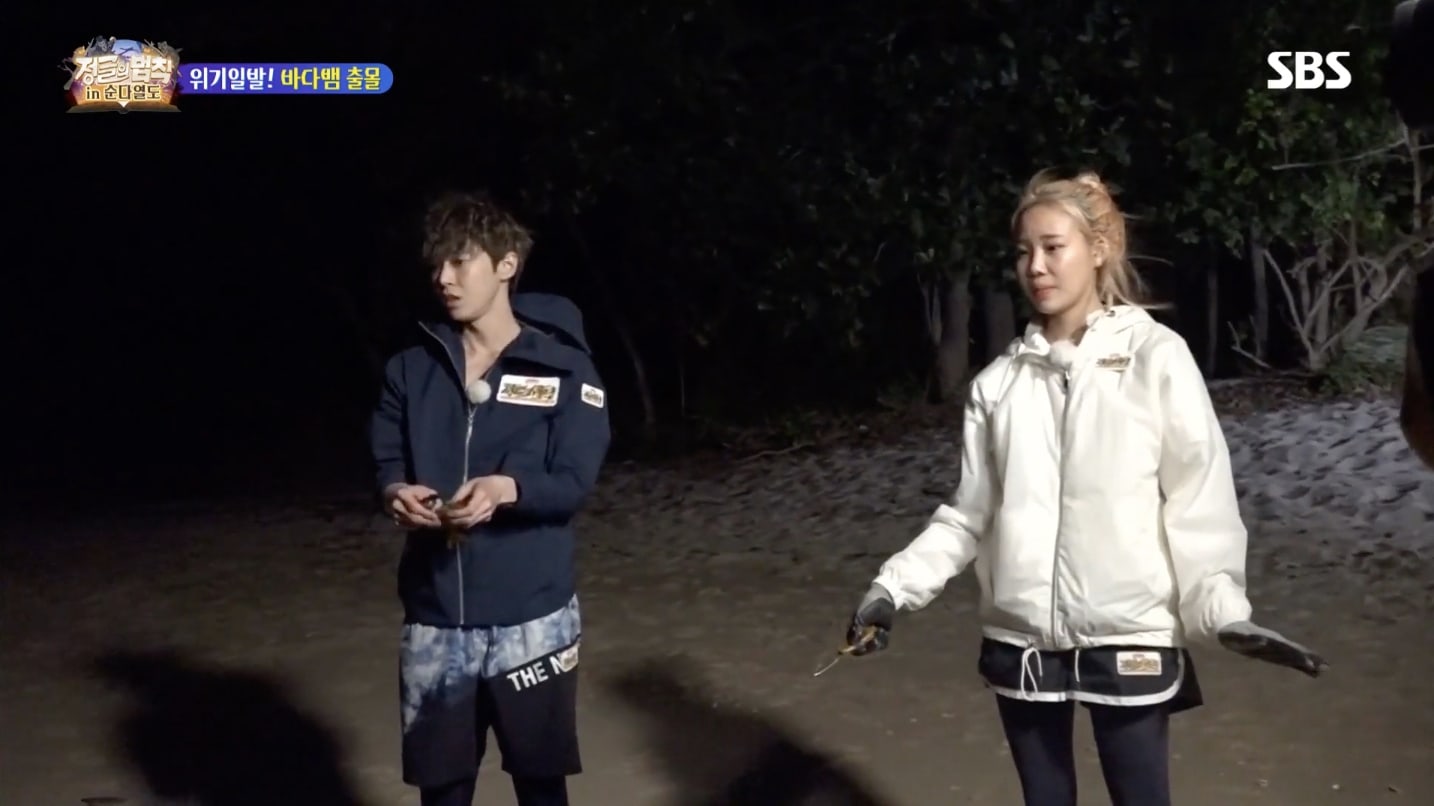 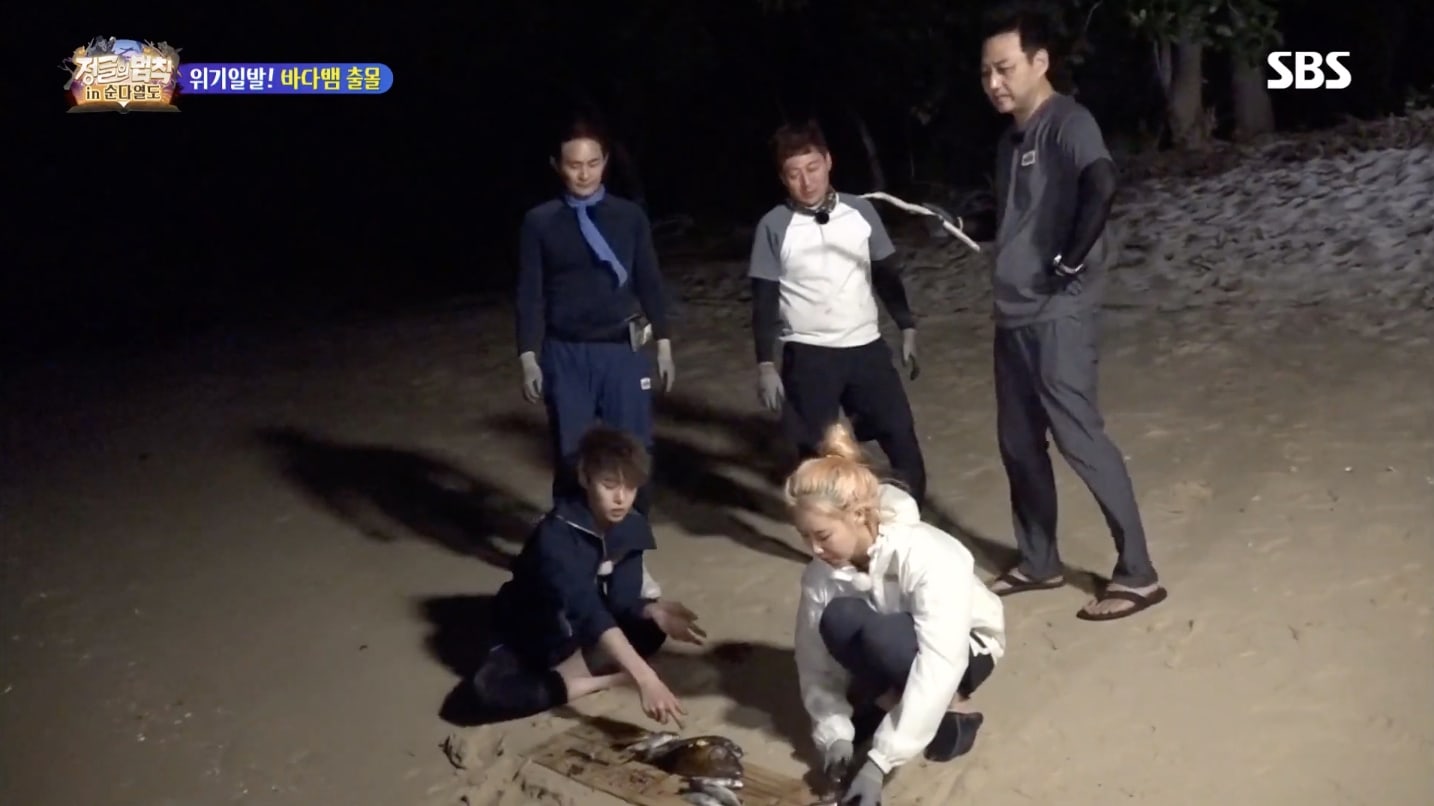 Check out the clip of the frightening moment below! (The crew first notices the snake at 1:03 in the video.)

You can also watch the full episode of “Law of the Jungle” here:

NCT
MOMOLAND
Doyoung
JooE
How does this article make you feel?