Kai Explains Why EXO Practiced Dancing In Their Underwear Pre-Debut

EXO’s Kai shared an amusing story about the group’s trainee days on the latest episode of “Ask Us Anything”!

When the cast members reacted with disbelief, Kai even reenacted how he would dance to “Love Shot” in the shower.

“However,” he added with a laugh, “if I catch sight of my reflection in the glass while dancing like that, it’s the absolute worst.” 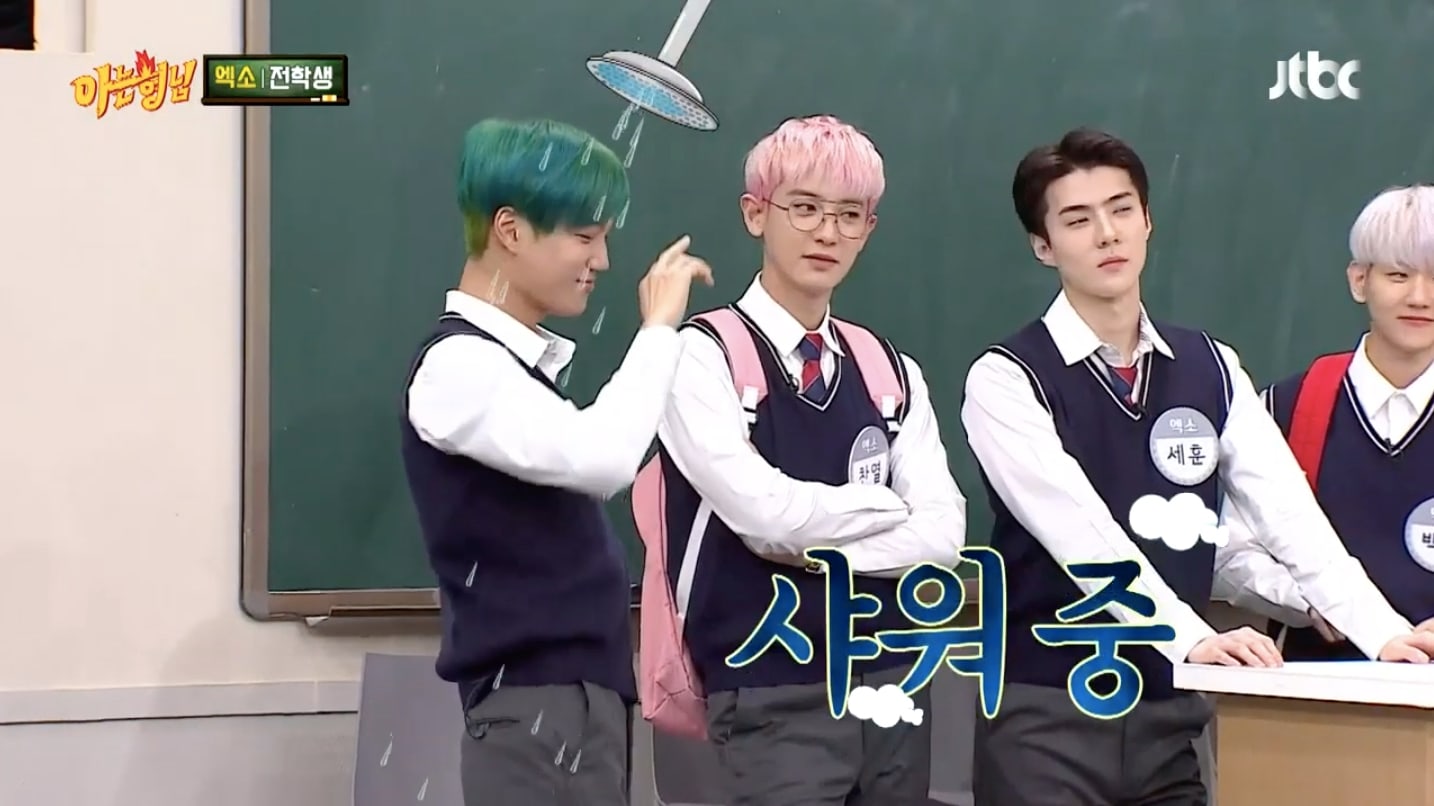 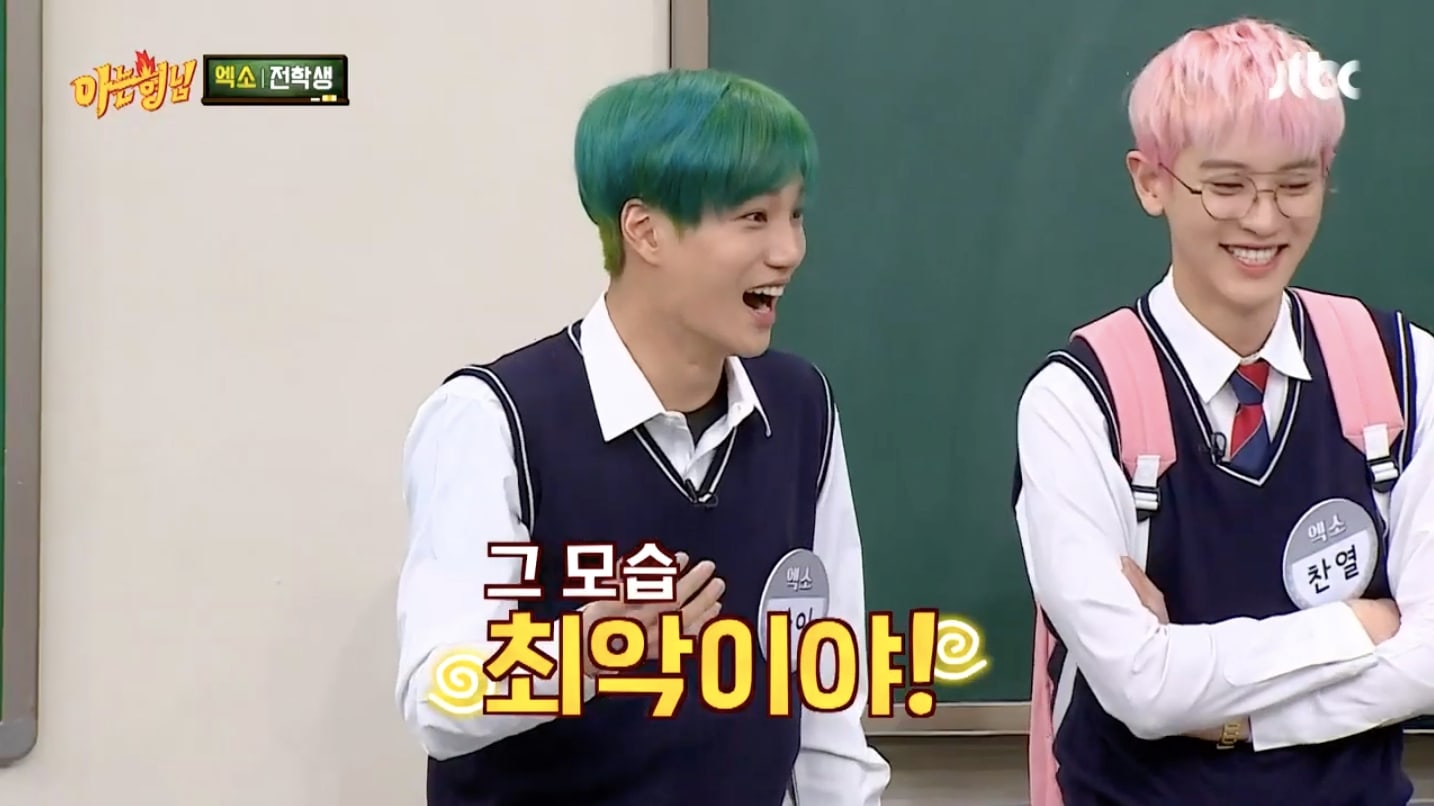 Kai went on to explain, “Seeing yourself dance nude without any clothes on is the worst. So if I accidentally lock eyes with myself in the mirror while dancing [naked], reality comes crashing down on me. Then I’ll quickly finish washing up and get out of the shower.” 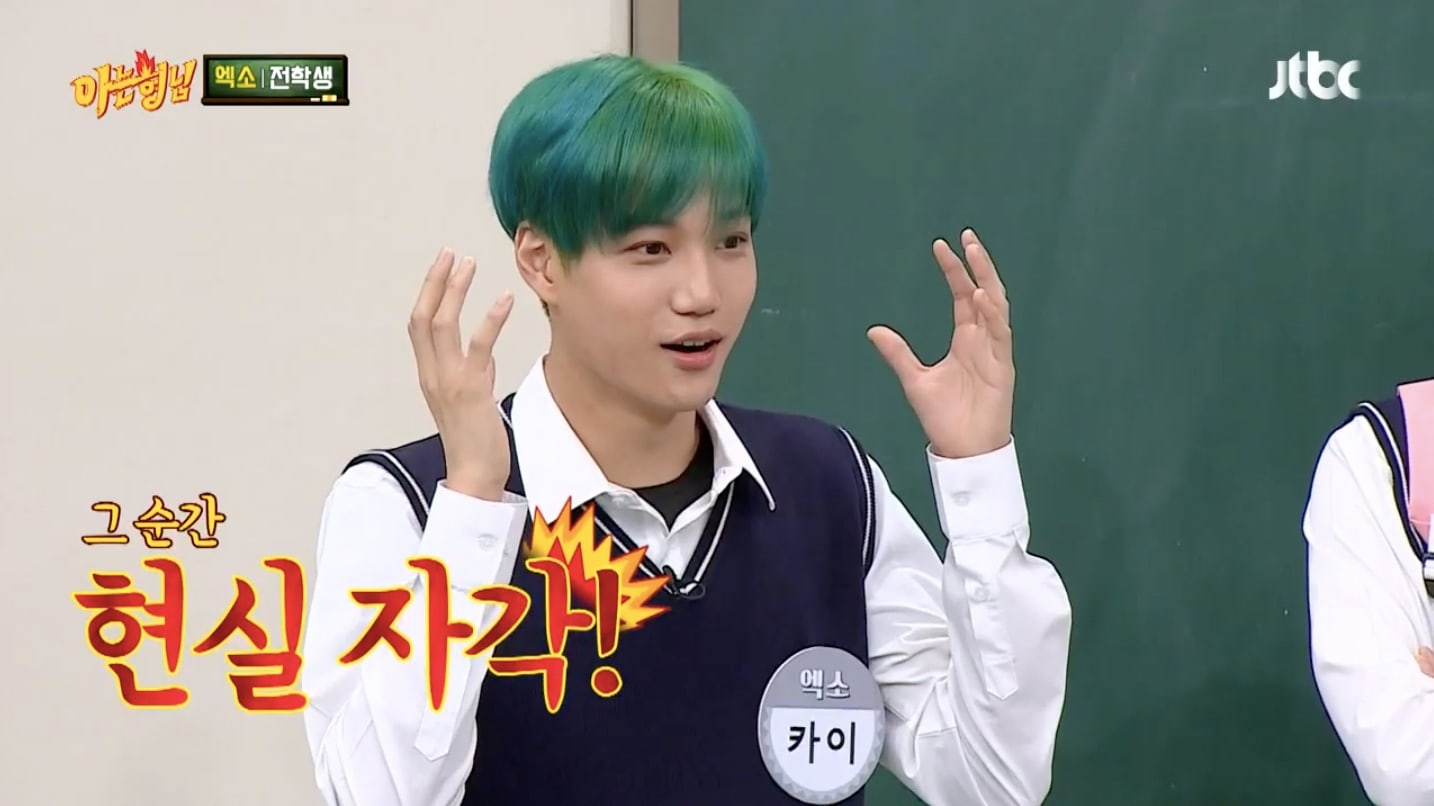 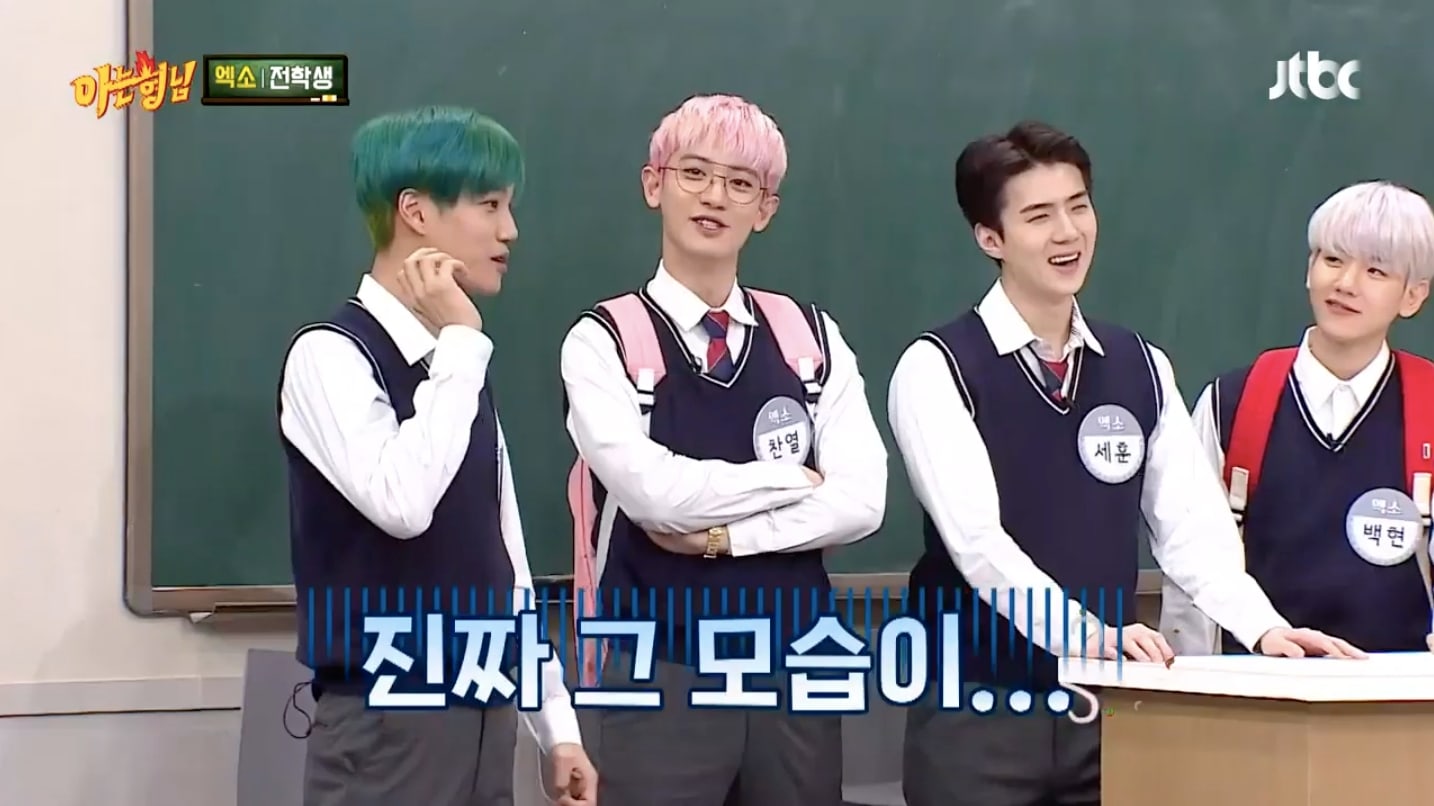 Baekhyun agreed, “Dancing without any clothes on really… does not look great.”

“It’s the worst,” repeated Kai. “So back when we were about to debut, we said to each other, ‘In order to get synchronized, we need to practice dancing together in our worst possible state.’ So we even practiced dancing without our clothes on.”

Suho interjected with a laugh, “Of course, we had our underwear on.”

Kai went on, “So we managed to get synchronized that way, and we continued that until we got better.” 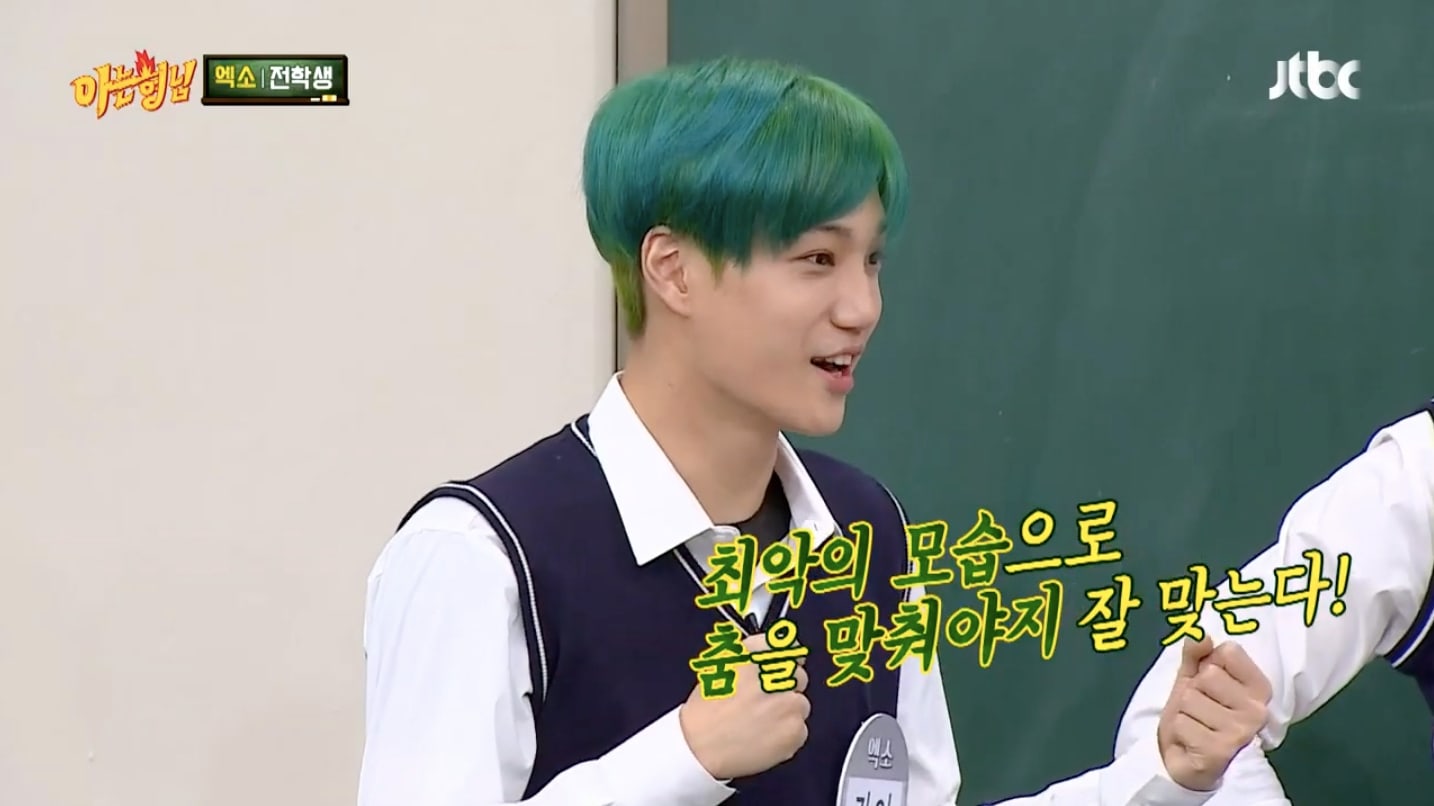 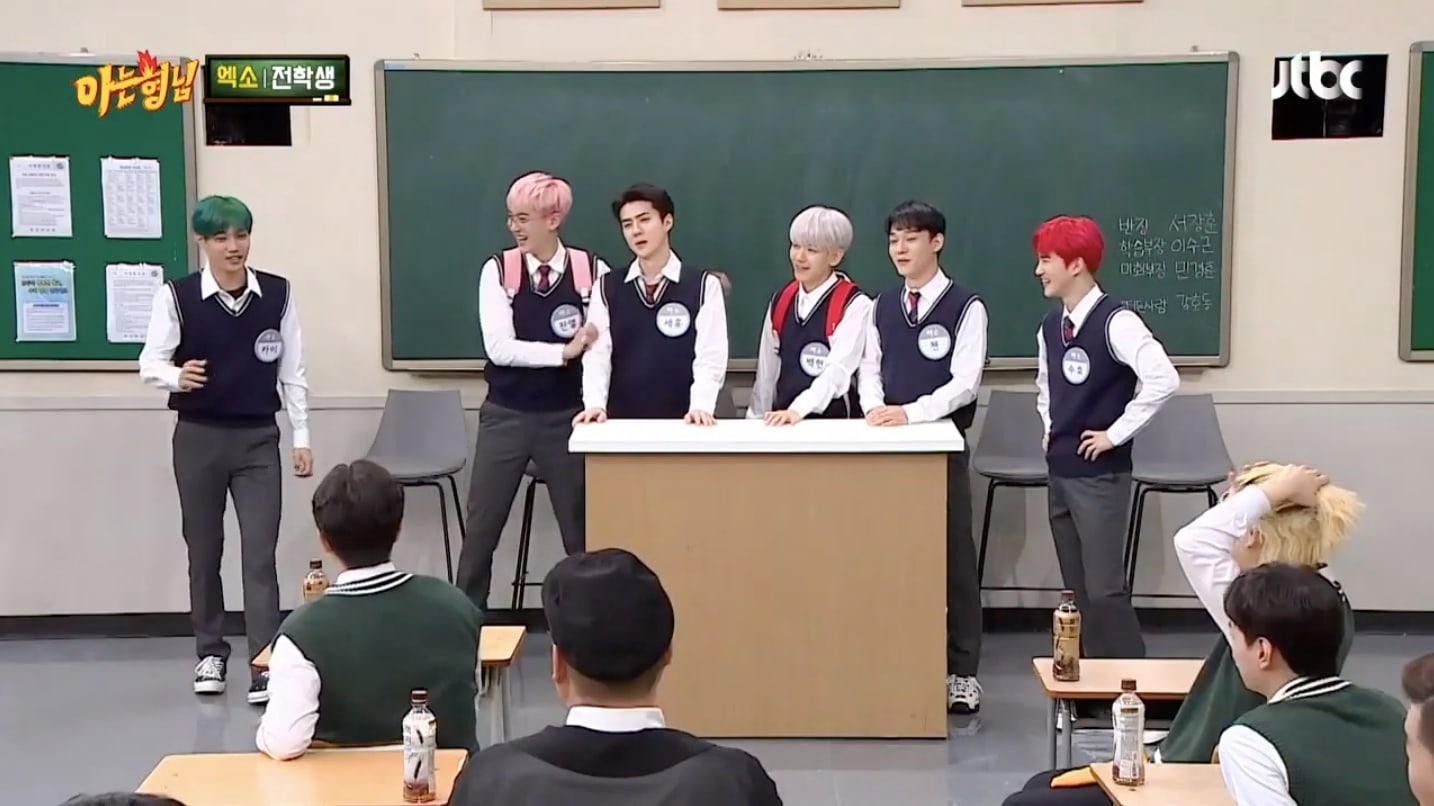 EXO
Knowing Bros
Kai
How does this article make you feel?