Season four of “2 Days & 1 Night” will premiere on December 8 at 6:30 p.m. KST with a brand new cast. Here are three things to watch for as old and new elements come together to create a fun and exciting show.

The six cast members for this season will be Yeon Jung Hoon, Kim Jong Min, Moon Se Yoon, Kim Seon Ho, DinDin, and VIXX‘s Ravi. The combination of the six members is unexpected but fresh, and is set to bring laughs to viewers on Sunday nights. The teasers that have been released ahead of the premiere have already given viewers a taste of what they can expect.

Anticipation is rising as the cast share funny first impressions of each other, and face the dreaded Kkanari-cano (coffee mixed with sand eel sauce). Not only will viewers be able to enjoy new cast members going through new experiences, but they will also be able to feel a sense of familiarity as Kim Jong Min is set to help lead the show as the only person to appear in all four seasons. The chemistry they will show together will be one to watch. 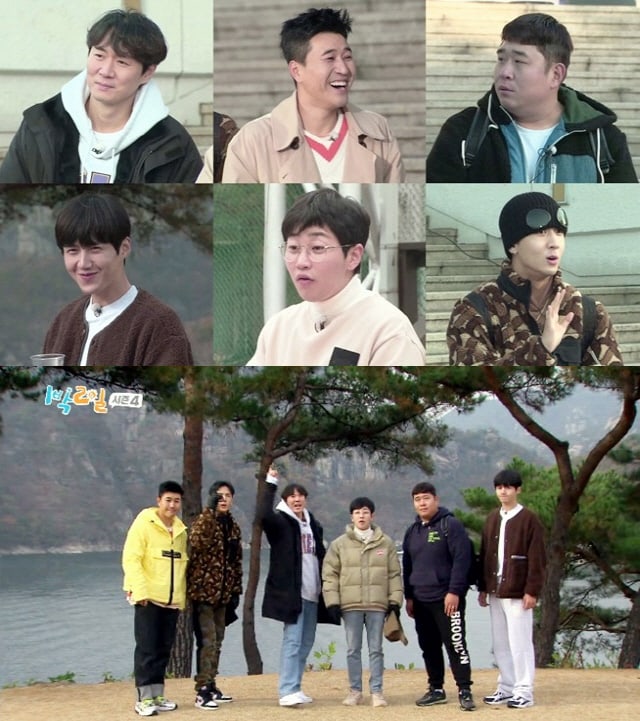 PD Bang Geul Yi will be the first main PD of the “2 Days & 1 Night” series and she is said to have gone toe to toe with the cast members in a battle of wits from the first day they filmed together, raising anticipation for the fun competition between the cast and crew that will take place.

In an interview, PD Bang Geul Yi had said, “As most of the cast members have been changed, I feel like the show will feel new enough without having to make drastic changes to the format.” The new PD is set to create a show that appeals to both long-time viewers of the series and people tuning in for the first time.

Bigger and better! The return of signature missions

Various missions and games that have created legendary moments in the past will come back. Games and quizzes created and popularized by the “2 Days & 1 Night” series will get a refreshing upgrade in the new season.

The opening segment of the first episode is ready to bring big laughs as it will feature 100 servings of Kkanari-cano, and the show’s staff is said to have worked hard to create hard but fun missions for the new cast to take on.