Lee Jae Wook Shares His Thoughts On Romantic Acting, Visuals Of “Extraordinary You” Cast, And More

Lee Jae Wook recently participated in an interview to talk about acting.

Lee Jae Wook spent a busy year as a rising rookie actor by starring in the movie “Battle of Jangsari” and dramas “Search: WWW” and “Extraordinary You.”

The actor especially gained a lot of popularity through “Extraordinary You,” where he made fans experience the second lead syndrome with his role as the cold-hearted Baek Kyung. He said, “I know this drama can loved or hated because of its cheesy setting, but I think viewers like it because it’s like a romance from a romance comic that hasn’t been seen for a while.”

When asked about how he managed to deal with the cheesy lines, he shared, “It was hard because I had to say lines that were even hard to read in a book. I tried to express it in my own way. It was refreshing to describe the cheesy lines in a serious situation with humor. Also, the actors had good teamwork.”

Lee Jae Wook also talked about the visuals of the cast, saying, “Except for me, all the actors had great visuals. This seemed to be the kind of teenage romance that teenagers liked.” 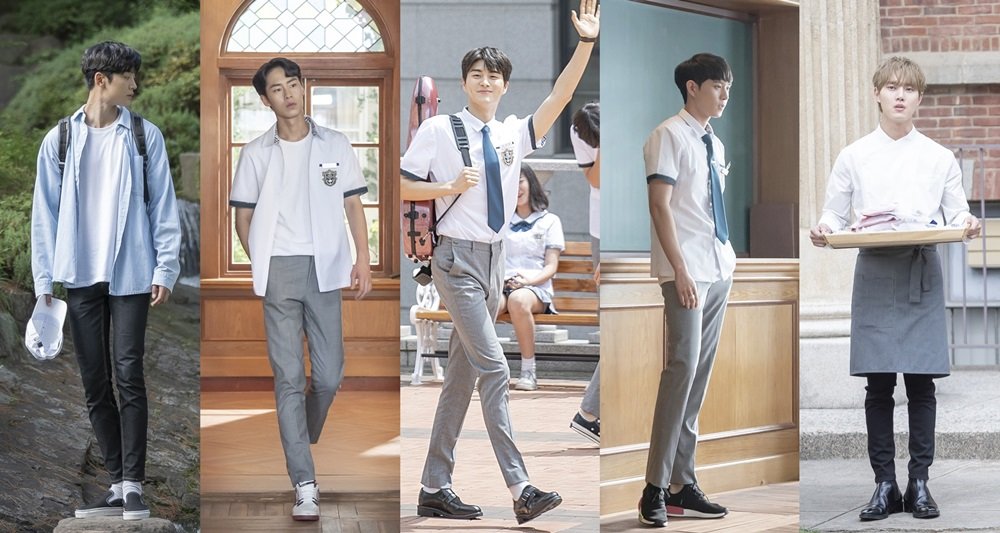 While filming his debut drama “Memories of the Alhambra,” Lee Jae Wook endured the overseas filming by himself without an agency. He revealed, “It was really hard. Now, I feel comfortable with a manager. It’s a shame that I couldn’t enjoy the overseas location because I was alone and didn’t know anything about it. Still, I believe the experience at that time will help me.”

On being 22 years old (by Korean reckoning), he admitted while laughing, “I’m used to people asking me if I’m really only 22 years old. They assume I’ve already been to the military.” Then mentioned social relationships, saying, “Social relationships are difficult. I try to treat everyone the same no matter who they are and try not to hate anyone easily.”

Lastly, Lee Jae Wook summed up his 2019, saying, “I think I was lucky to be in a series of good productions. I feel many regrets about acting. When I first saw myself acting in ‘Memories of the Alhambra’ on my cell phone, I was so embarrassed that I threw my phone. I want to improve a little bit more in the future.”

Lee Jae Wook is confirmed to star in the new JTBC drama “I’ll Go to You When the Weather Is Nice” (literal title).