Yeon Jung Hoon talked about his wife Han Ga In on the highly-anticipated premiere of “2 Days & 1 Night Season 4”!

On the December 8 episode of the KBS variety show, the members set off on their first trip together and bonded while talking about how they had joined the cast.

During their car ride, Kim Jong Min said, “I was shocked when I saw the article about Yeon Jung Hoon [joining the cast]. How did it happen?” The actor replied, “I’d been wanting to appear on variety shows for a while,” and the other members reacted with surprise. DinDin joked, “Oh, but the shows didn’t cast you.”

Moon Se Yoon asked, “How did [Han Ga In] respond?” and Yeon Jung Hoon replied, “She told me to do it, of course. My wife is the one who first suggested that I try my hand at variety shows.” 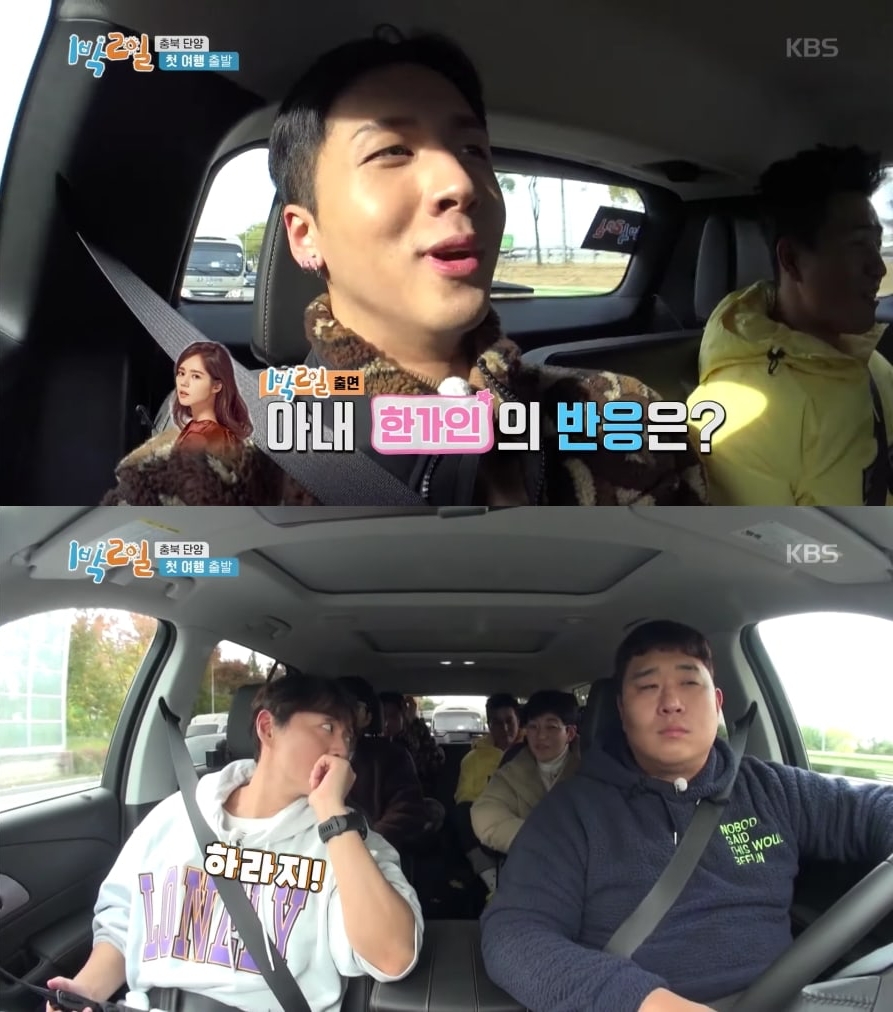 Moon Se Yoon later asked Kim Jong Min, “Which of the new members do you think will see the most benefit from appearing on ‘2 Days & 1 Night’?” Kim Jong Min answered, “Kim Seon Ho.”

When asked about how he had ended up appearing on the show, Kim Seon Ho explained, “When I received the offer, I was worried because I wasn’t sure if I could do a good job. But I thought it’d be fun, and I was a fan of the show. So I asked the staff about the other members, but they wouldn’t tell me [who else was appearing] up until the very end.”

Moon Se Yoon then made everyone laugh by joking, “So by the time you saw the other members, it was already too late for you to back out.”