An exciting family has joined KBS 2TV’s “The Return of Superman”!

On the December 8 episode, trot singer Jang Yoon Jung and her announcer husband Do Kyung Wan introduced their daughter to viewers.

Their second child, Ha Young, was born in November 2018. The couple previously chronicled Yeon Woo’s birth on “The Return of Superman” in June 2014 and have returned to the show as a family of four! Do Kyung Wan has also been the commentator for the show since last year and has gained attention for his funny remarks as a fan of Park Joo Ho’s daughter Na Eun. 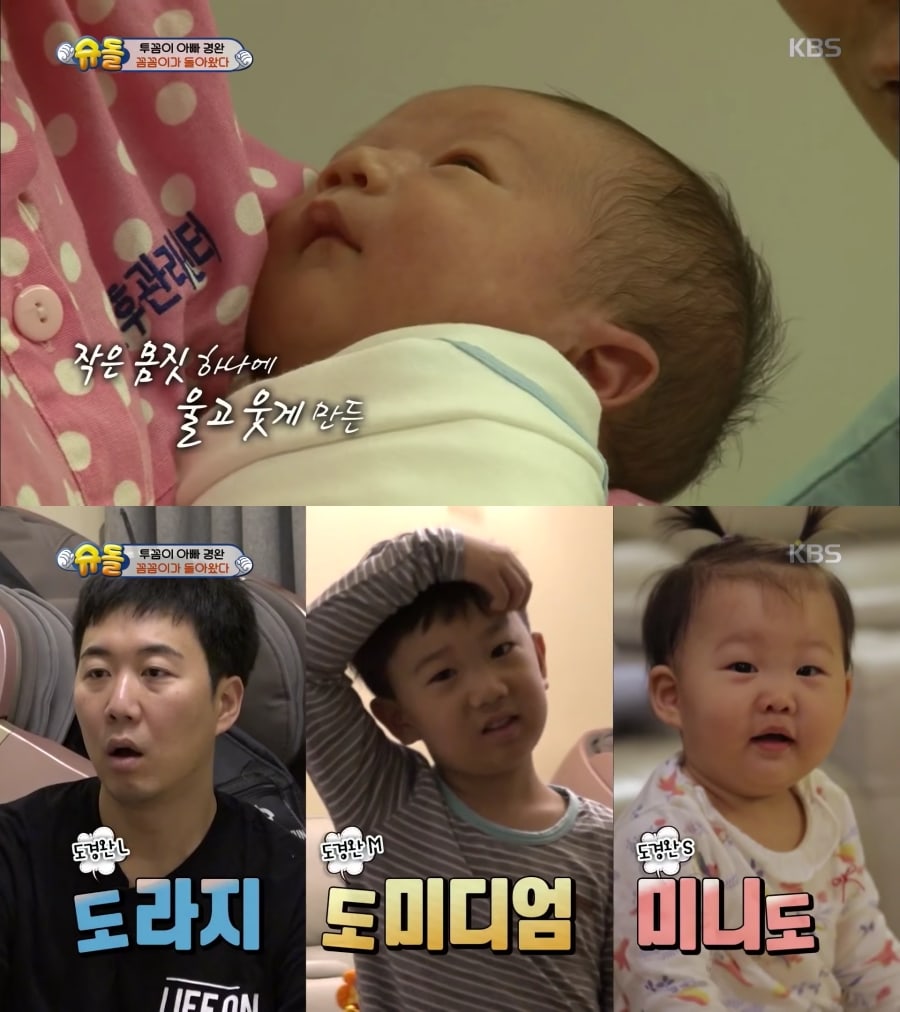 In his interview, Do Kyung Wan revealed why he returned to the show. “I’m really worried,” he said. “I can eat and sleep when [Yeon Woo] does, but another child who can’t be controlled and can’t be communicated with has been born again. I wanted to see what it would be like to take care of both of them at the same time. I thought about that and wanted to try it. I wanted to experience the thrill and hard work of raising both children alone.” 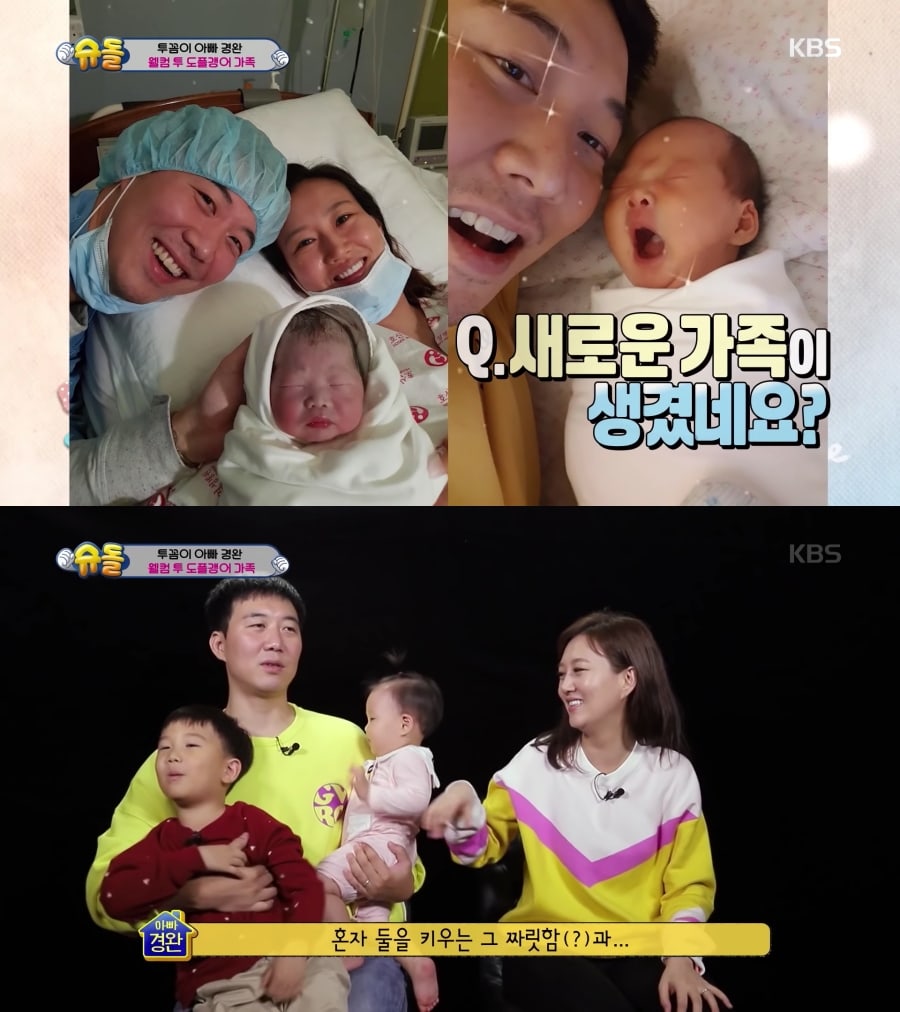 During the broadcast, Ha Young started the morning bright and early by crying at 6 a.m. and forced Do Kyung Wan out of bed. Jang Yoon Jung told him that Yeon Woo had also woken up, and the dad began making breakfast.

He asked Yeon Woo to play with Ha Young so he could make their meal. Ha Young showed off her skills by dancing to the singing toy, and Yeon Woo joined in by shaking his legs and pretending to play the saxophone. Do Kyung Wan joined in on the fun, and the three of them lit up the living room with a dance party. He then ran back to the kitchen to finish making breakfast. 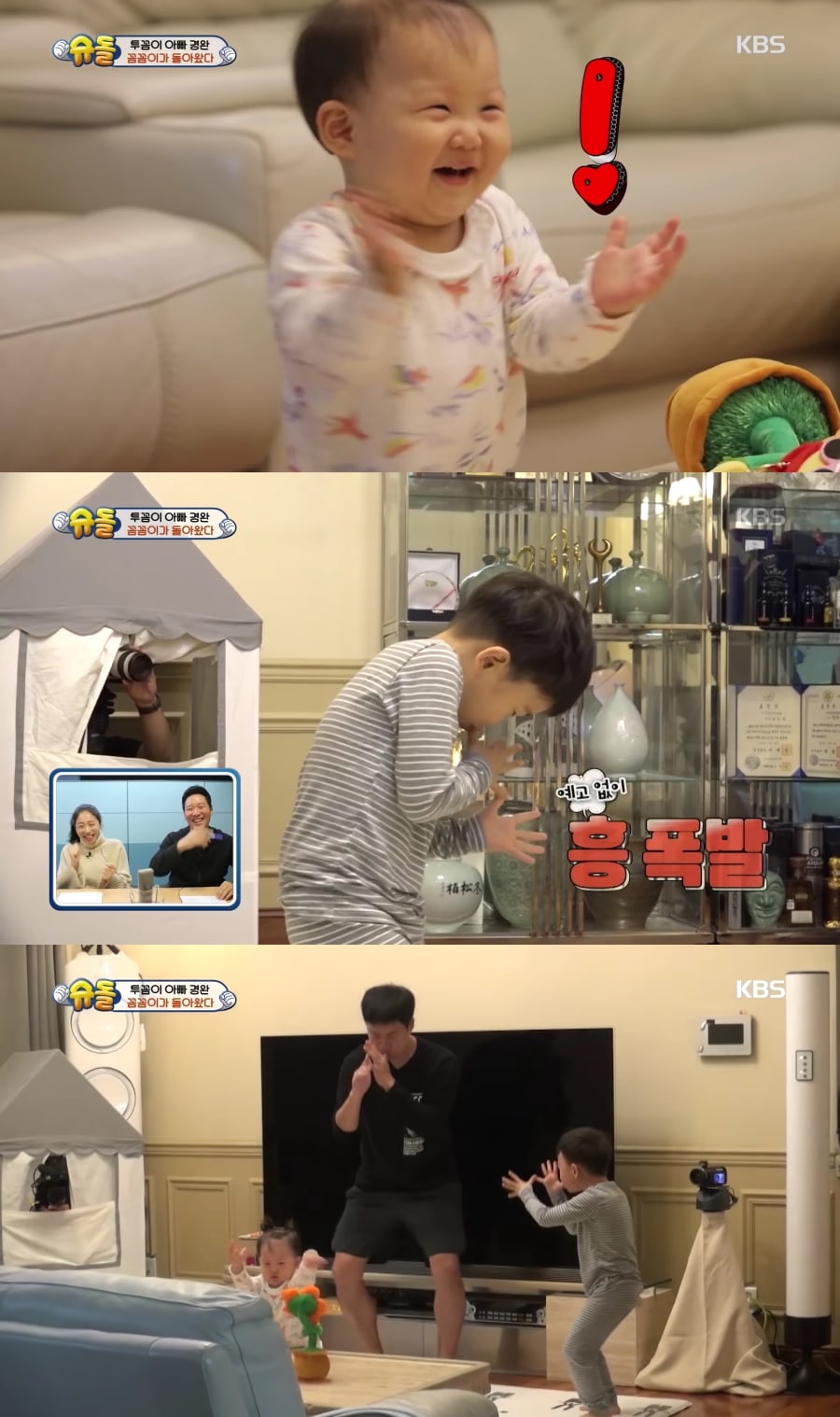 Yeon Woo woke up his mom with a kiss, then asked her, “Do you want to go out [to the kitchen] now or later?” When Jang Yoon Jung asked him to massage her arm, he immediately began doing so. He asked, “Didn’t my arm strength get stronger?” and she praised him.

He then helped her get up, and the four of them enjoyed a joyful morning together. 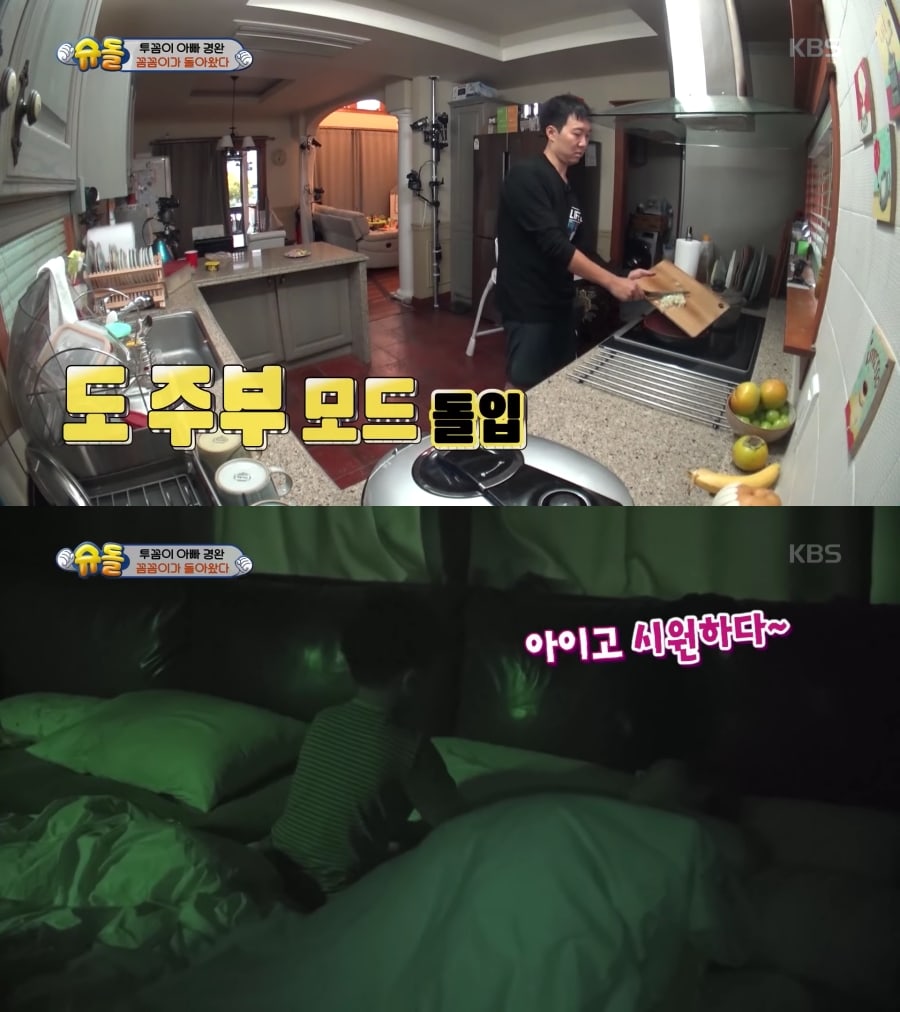 “The Return of Superman” airs on Sundays at a new broadcast time of 9:15 p.m. KST.

Watch the “The Return of Superman” now!

The Return of Superman
Jang Yoon Jung
Do Kyung Wan
How does this article make you feel?