EXO’s Kai issued a stern warning to sasaengs during an Instagram Live broadcast.

On December 8, Kai took to Instagram Live to show off his newly dyed hair and to spend some time chatting with his fans before bed. “To be honest, I’m really sleepy,” he confessed with a yawn, but he explained that he had been determined to share his excitement about his black hair with his fans right away.

A few minutes into the broadcast, however, Kai’s expression turned grim as he revealed that there was someone waiting outside EXO’s residence. “Also, this is unrelated,” he said, “but it seems like there are sasaengs outside the dorm.” 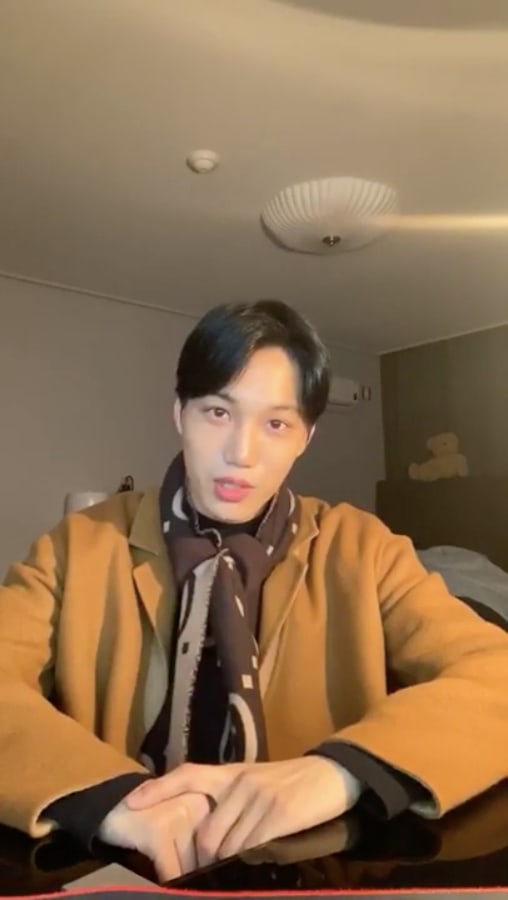 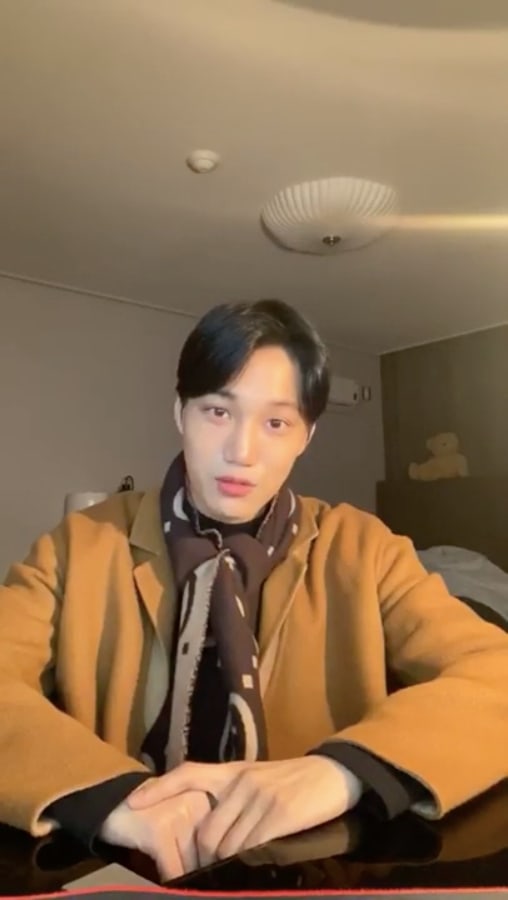 EXO recently made their long-awaited comeback with their sixth studio album “OBSESSION.”